Madonna of the Trail (Lexington, Missouri)

Madonna of the Trail. Photo by Cynthia Prescott. 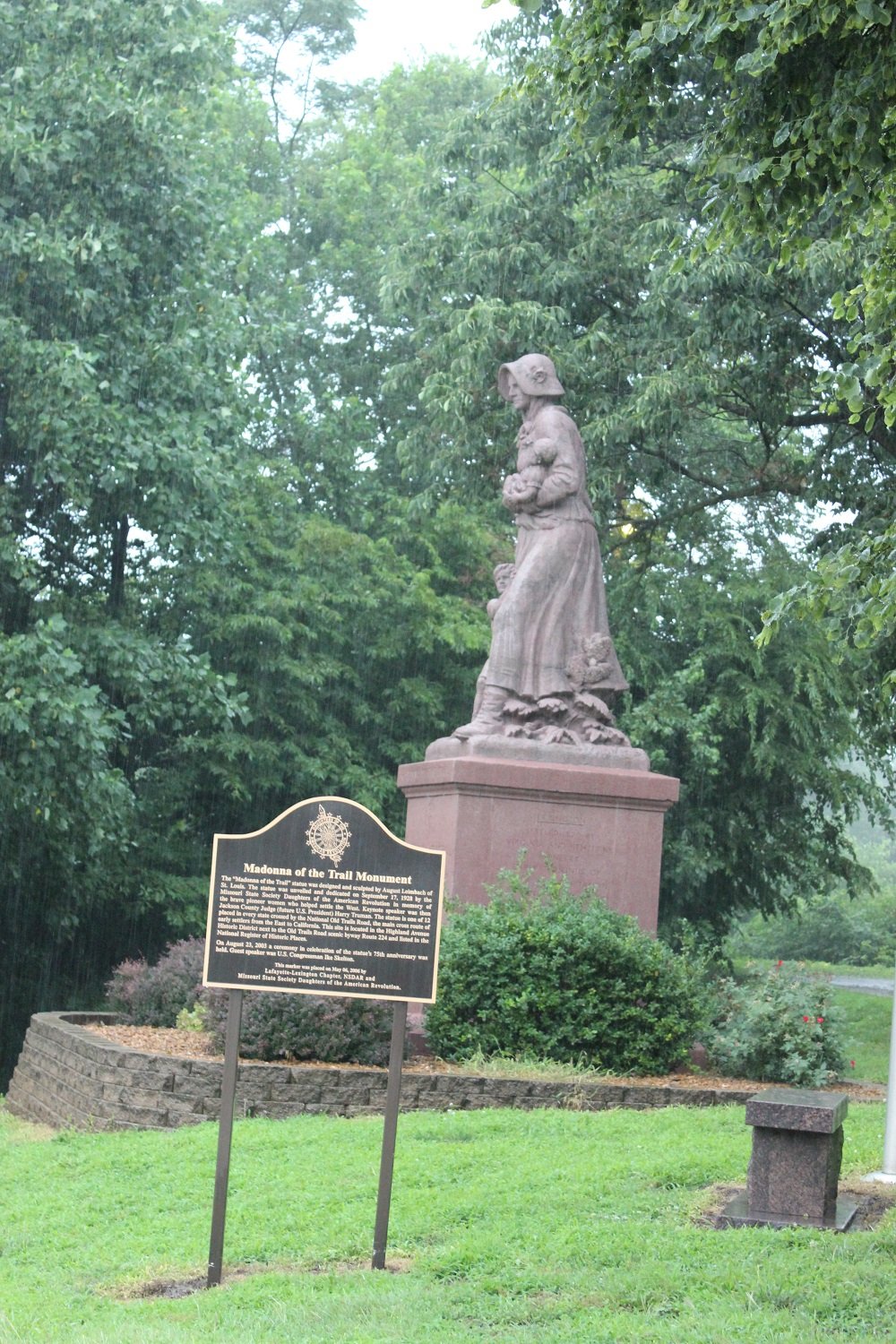 The statues were cast from algonite (a form of cast stone produced from a mixture of crushed marble, Missouri granite, stone, cement and lead ore) at the cost of $1,000 per statue.  The statues were placed along key white migration routes, such as the early-19th-century National Road (later U.S. Route 40) and Santa Fe Trail (later the infamous Route 66). But the precise location of the monument within each state was selected based on both the site’s historical significance and the influence of local DAR and National Old Trails Association chapters.

The Missouri statue stands in Lexington, the so-called "History City," overlooking the Missouri River. It stands near the site of the 3-day Civil War Battle of Lexington. The town was located on the Santa Fe Trail and the route of the Pony Express. The statue was dedicated September 17, 1928, by Harry S. Truman, a judge in neighboring Jackson County and president of the National Old Trails Road association.

A Lexington, Missouri, woman depicted the local Madonna of the Trail in a tableau included in the pageant that opened the General Federation of Women's Clubs triennial convention at Kansas City in 1938.