Now called Kaiser's Grateful Bean Cafe, the former Kaiser's Ice Cream Parlour has been an institution in Oklahoma City for over one hundred years. Its founder, Swiss native Anthony J. Kaiser, established it in 1910 and moved the business to this building in 1917. The one-story building features large windows with stained glass above them, a pressed-iron ceiling, a fountain counter with decorated tiles, old seats, and a back-bar area with engraved mirrors and stained glass cabinet doors. Kaiser's has been known for making hand-packed ice cream using 36 pure ingredients, as well as ice sculptures, punches, and frozen puddings. It was added to the National Register of Historic Places in 1978.

Kaiser's Grateful Bean Cafe was originally founded in 1910 as Kaiser's Ice Cream Parlour. It has been 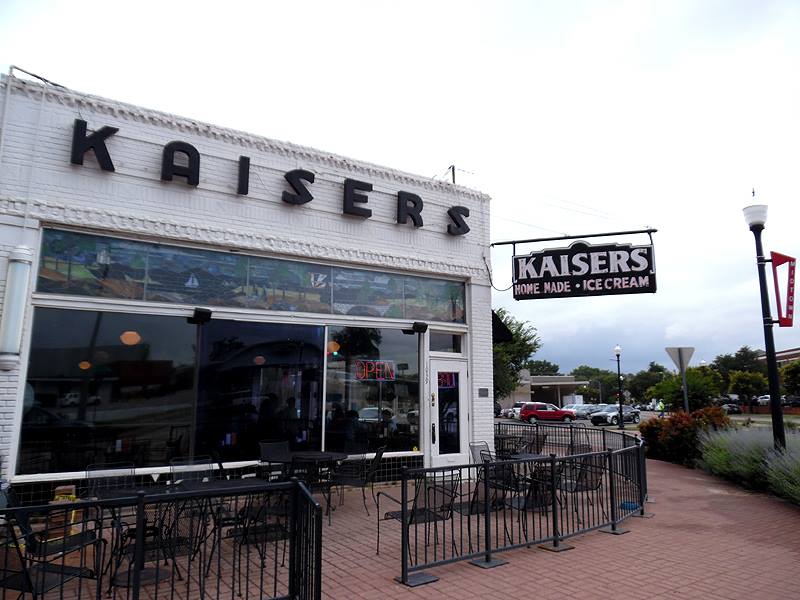 The interior features an old fashioned look, complete with old seats, tiling, and a pressed-iron ceiling. 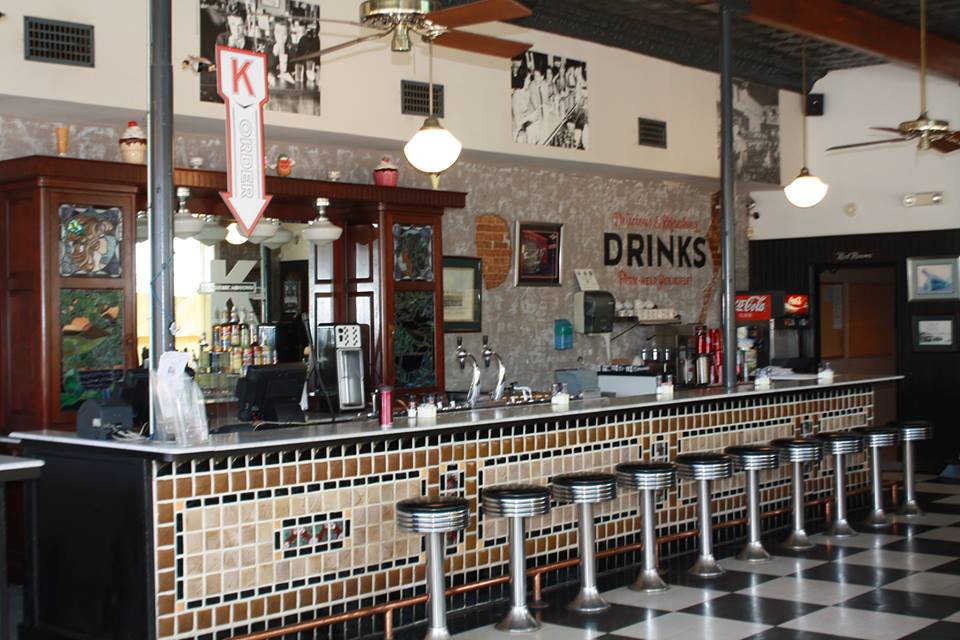 Anthony J. Kaiser grew up in the ice-cream making business. His grandfather, who was a baker and confectioner, started to make with confections and frozen fruit. Over time, he created the recipes that would become synonymous with the Kaiser name. Anthony's father, Bernard, took these recipes with him when he immigrated to America in 1889. He settled in Dubuque, Iowa and opened an ice cream parlor there. It seems that Anthony remained in Switzerland until 1909 when he, too, immigrated. As the story goes, he arrived in Oklahoma City with only 50 cents in his pocket, a three-quart ice cream freezer, and, of course, the family recipes.

The family-owned the parlor until 1977, at which point it was purchased by another ice cream enthusiast who ran it until 1990. The new owners reopened it in 1994, renaming it Kaiser's Grateful Bean Cafe.