Joseph 0. Polhemus House is exemplary of the T-plan style that emerged popular during the turn of the twentieth century in East Austin. Polhemus, a successful bricklayer and contractor, built the brick house in 1901. 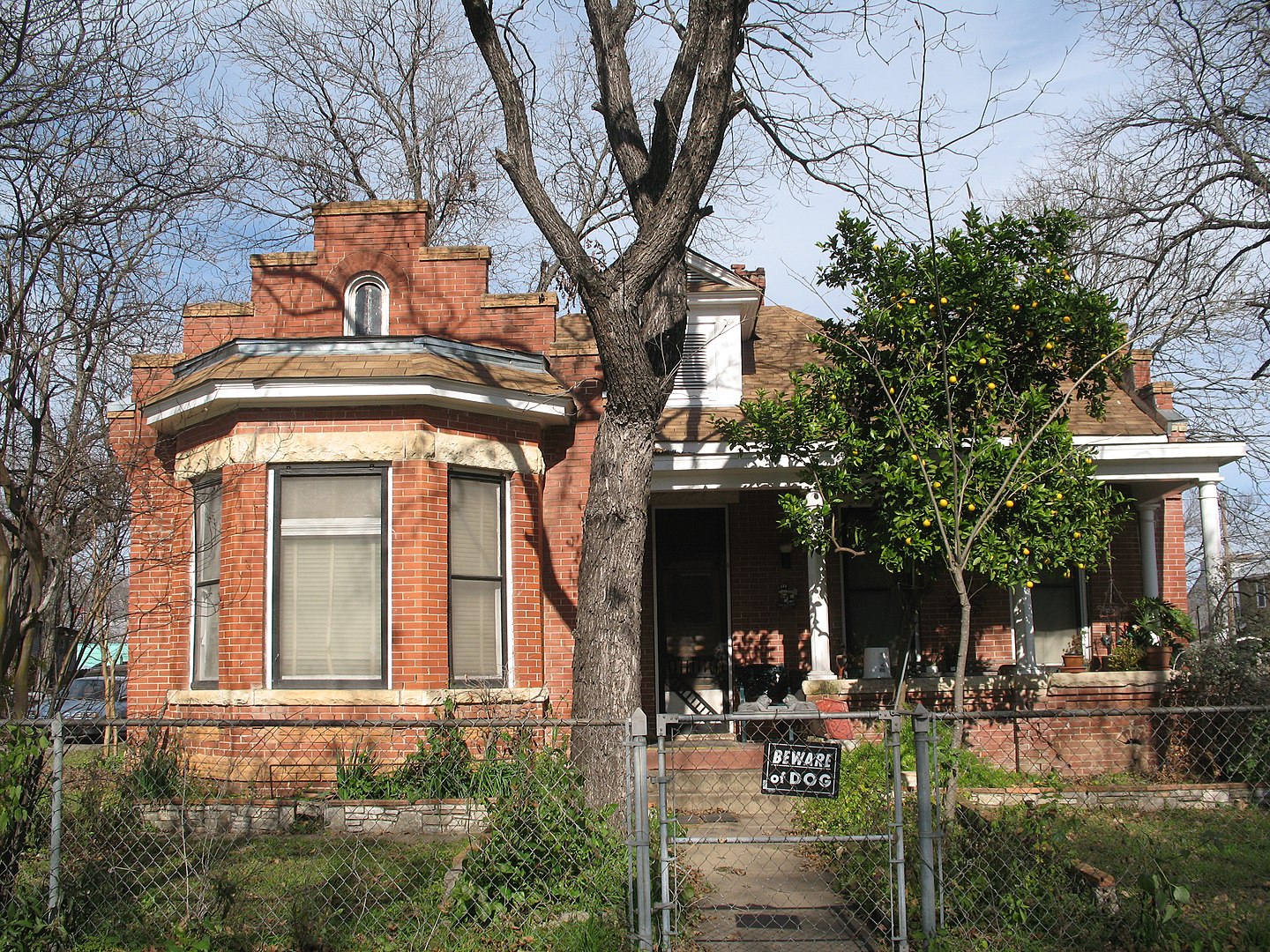 The Polhemus House stands as an excellent example of a hand-built, T-plan, brick structure built during the early twentieth-century in East Austin. The historical house owes its name to its first owner, Joseph 0. Polhemus,  an active contractor, and bricklayer in Austin.
Little is known about Joseph Polhemus except that he proved successful as a bricklayer and contractor. Numerous government records detail Polhemus' contract bids in such Texas cities as Austin, Houston and Witchita Falls. Projects ranged from residential structures to sanitation and utility work. One notable project involved the Gulf Colorado & Santa Fe Railroad awarding him a $13,000 contract to erect a passenger depot in Wharton, Texas.  That depot, a brick structure, remains standing today and is used as a railway museum.
The Polhemus House is a one-story, T-plan residence -- a style that became exceptionally popular in East Austin around the Turn of the Twentieth Century -- with a gabled roof, protruding front bay, and a mansard roof surmounted by a stepped brick parapet. (A frame addition at the rear of the house partially obscures the original plan.) The house is an exceptionally refined structure comprised of red brick walls.  Rusticated stone coping caps a low brick wall at the front porch, and one will also find rusticated stone over the front door, which is surmounted by a dormer. As well, the rusticated stone appears in the form of lintels and sills at the one-over-one, double-hung windows. Doric columns on plinths rest on the coping and support the porch roof. The house enjoys a distinctive arched window located in each of the two gable ends.