Built in 1853, the U.S. military began construction on Fort Ridgely until the following year. Settlers kept coming in to the former Dakota lands and this fort was to act as a police station to keep the peace. The fort withstood two attacks from Dakota forces during the U.S.-Dakota War in August 1862. Fort Ridgely was abandoned by the U.S. Army in 1867. After this, civilians in the area inhabited the buildings in the fort and later pulled apart the buildings for use of the materials. The Veteran Conservation Corps. excavated the site between the years of 1935 and 1942 to rebuild much of the fort. It was in 1970 that Fort Ridgely was added to the National Register of Historic Places. The Minnesota Historical Society assumed ownership of the site in 1986. 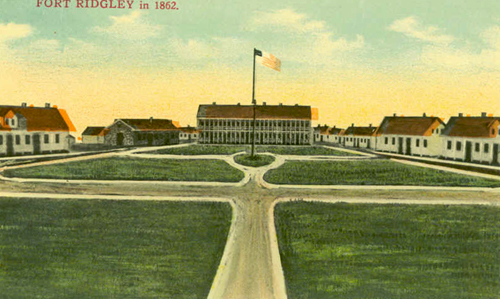 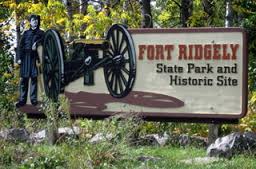 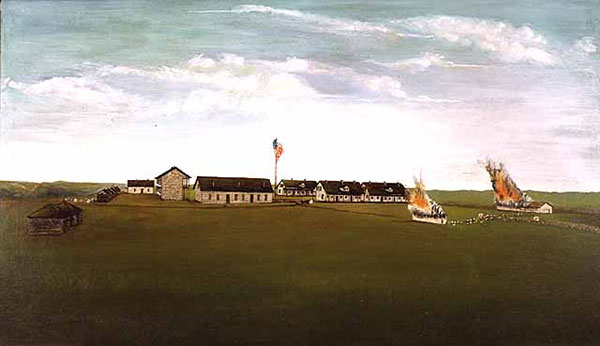 In an agreement with the U.S. government, the Dakota tribes moved to a small reservation near the Minnesota River after selling 35 million acres of their land to armed forces. The War Department put St. Paul native Jessie H. Pomeroy in charge of designing Forts Ridgely and Ripley. Ridgely was constructed in 1853 and finished by 1854. It was named after three soldiers named Ridgely that passed away in the Mexican-American War. It was referred to as the “New Post on the Upper Minnesota,” but lacked any defensive measures like walls and guard towers.

The Sioux Indians had an uprising against the government since they should have received their annuity payments in exchange for the annexation of their land. The traders also did not provide them with food and extend credit to the tribes. It was also said that the payments may not arrive at all since the Civil War broke out at the time. Some of the Dakota Indians had enough and rose up to drive settlers out of the Minnesota Valley. They killed many settlers and German immigrants even taking some hostages. Due to the Civil War, the government was slow to respond, but they eventually sent heavy artillery and Union soldiers to the valley. This resulted in the Battle of Wood Lake where the Dakota Indians lost. Casualties for settlers was over 300 with 77 soldiers dying in combat when the Union confronted the Dakota. Some of the Indians banded together to even attack Fort Ridgely to reclaim their land, but were defeated.

Fort Ridgely was abandoned by the U.S. Army in 1867, but there was one soldier left behind as a caretaker. This soldier stayed at the fort until the year 1872. This is when civilians in the area occupied the buildings in the fort and then later tore them down for the usage of their building materials. Much of the fort was rebuilt between the years of 1935 and 1942 by a veteran preservation group. The Veteran Conservation Corps. excavated the site, restored the foundations of eight fort buildings, and reconstructed the entire commissary building. It was in 1970 that Fort Ridgely was added to the National Register of Historic Places. Within Fort Ridgely State Park today, the Minnesota Historical Society are a private group that preserves the buildings on the site. The museum is located inside of the old commissary building and much of the fort’s history is on display around the park.