Constructed in 1904 in the Norman Gothic style, St. Paul's Cathedral is one of the two oldest churches in Oklahoma City (the other is St. Joseph's Cathedral). It was built in 1904 and became the Episcopal Cathedral in 1908. The building features a Norman-style tower, stained glass windows (including two Tiffany windows behind the altar), and a carara marble altar. It was added to the National Register of Historic Places in 1977.

St. Paul's Cathedral was built in 1904, making it one of the two oldest churches in the city. 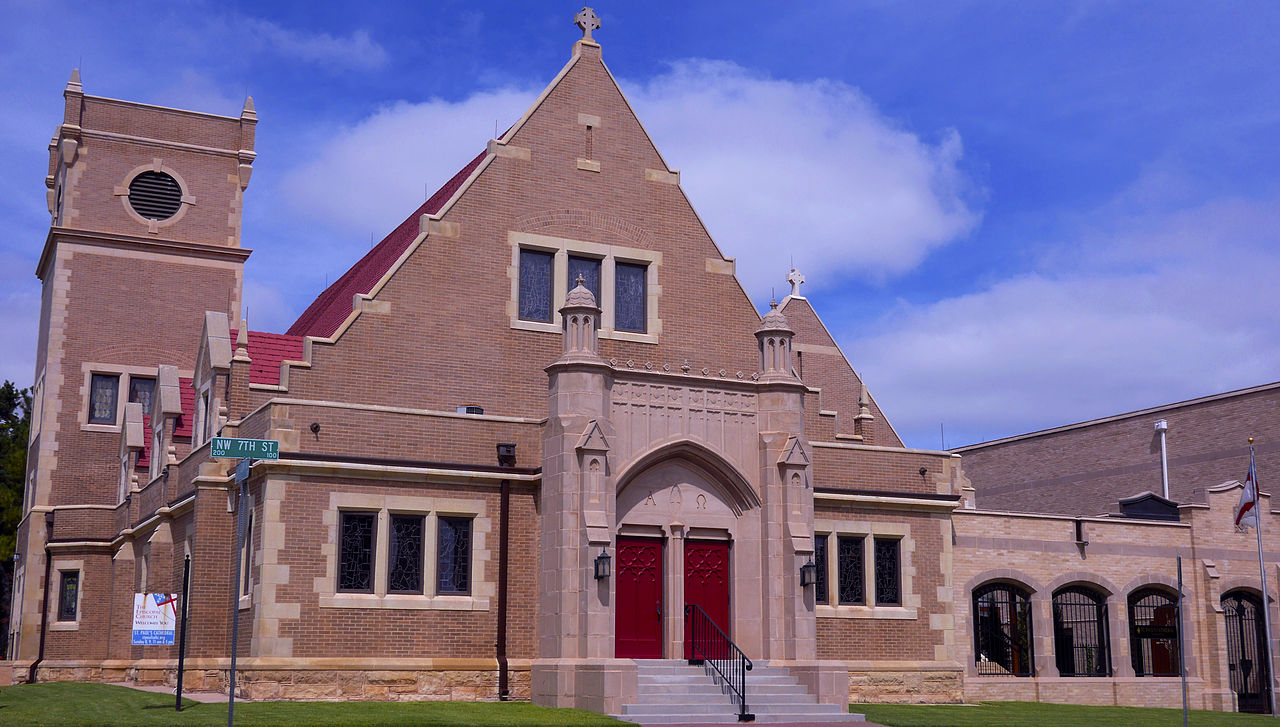 St. Paul's congregation was established in 1891 and held its first services in the federal courtroom. The first church was erected two years later and moved to another location in 1901. As noted above, the growing congregation built the current structure in 1904. The congregation later built a parish house in 1909 and its Sunday School Building in 1949.