Hadden Hall is a historic Classical Revival building located Broadway Avenue, which during the first decades of the 1900s was known as "Automotive Alley." At the time, Broadway Avenue was the epicenter of the city's auto retail industry as numerous car dealerships were located along it. They were housed in one and two-story commercial buildings. Built around 1910, Hadden Hall was originally an apartment hotel and not directly related to the auto industry. However, due to its proximity to Broadway Avenue, it is a contributing property of the Automobile Alley Historic District, which is listed on the National Register of Historic Places. It is an apartment building today.

Hadden Hall was built around 1910. 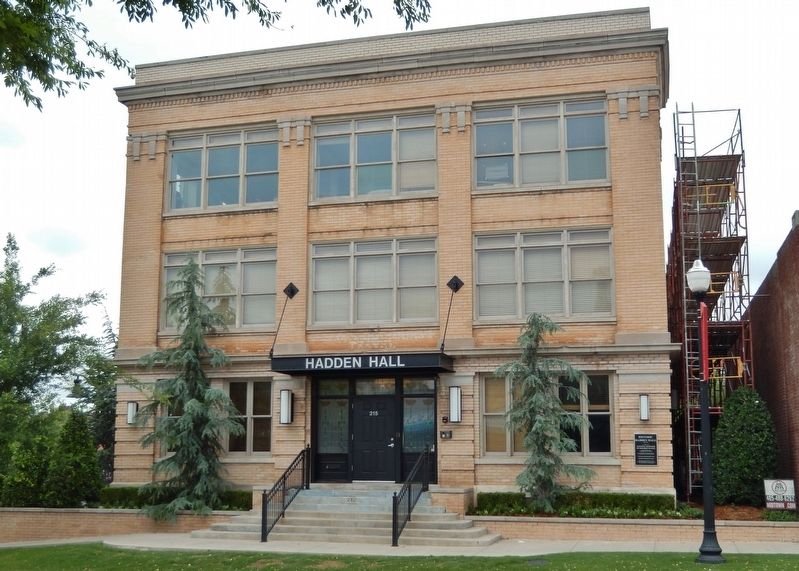 Hadden Hall is also notable for its longest resident, Miss Helen Ferris, who started working at Central High School as a fine literature teacher beginning in 1910. She likely moved into Hadden Hall in 1912.  In 1918, she was the first woman at the high school to be named vice president. Ferris was apparently well liked by all of her students and in 1936 was nominated and selected as Oklahoma City's Most Useful Citizen. She remained vice principal until 1940 and officially retired in 1941 as an English teacher. Though she never married or had children, former students visited her at her apartment from the time she retired until her passing in 1951.