Charles N. Regnier and Charles A. Shoup began a queensware shop on Third Street between Felix and Edmond in 1883. They moved to the Fifth Street location in February of 1887. The building was constructed for the company by A.M. Saxton the year before. They operated out of this building until 1893 when they moved to Sixth Street between Felix and Edmond. That entire block burnt in September of that year, reducing their new shop to rubble, so the company moved back into the Fifth Street location.

Postcard depicting the block of Fifth Street between Felix and Francis with the Hotel Robidoux in the background. This block is now a parking garage. Image provided by the St. Joseph Museums, Inc. 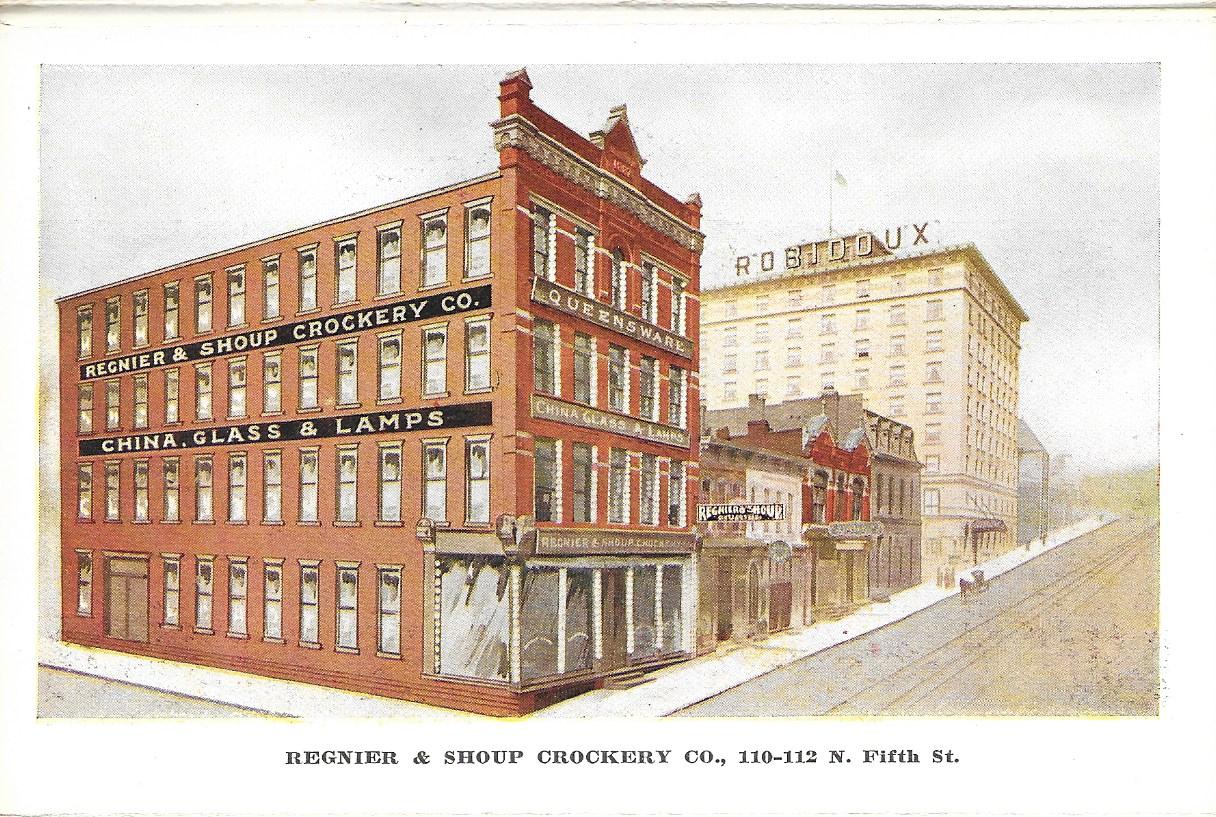