Pleasant View was one of the prime hotels located in Bradford, NH. It was originally built as a single-family home in 1850 by the Messer Family. In 1890, Pleasant View was transformed into a 3-story, all-inclusive hotel housing up to 85 people. Bradford at one point was the end of the train and travelers came from New York for the weekend. There were numerous hotels in the area that catered to those vacationers and Pleasant View had its share of famous personalities. From the silent area, we count Charlie Chaplin, Mary Pickford and Douglas Fairbanks as guests, among others. Today, it is the only hotel left in town and after 169 years old, the now called Rosewood Country Inn is still standing and greeting guests in the area.

Current picture of the Rosewood Country Inn, as it looks now. 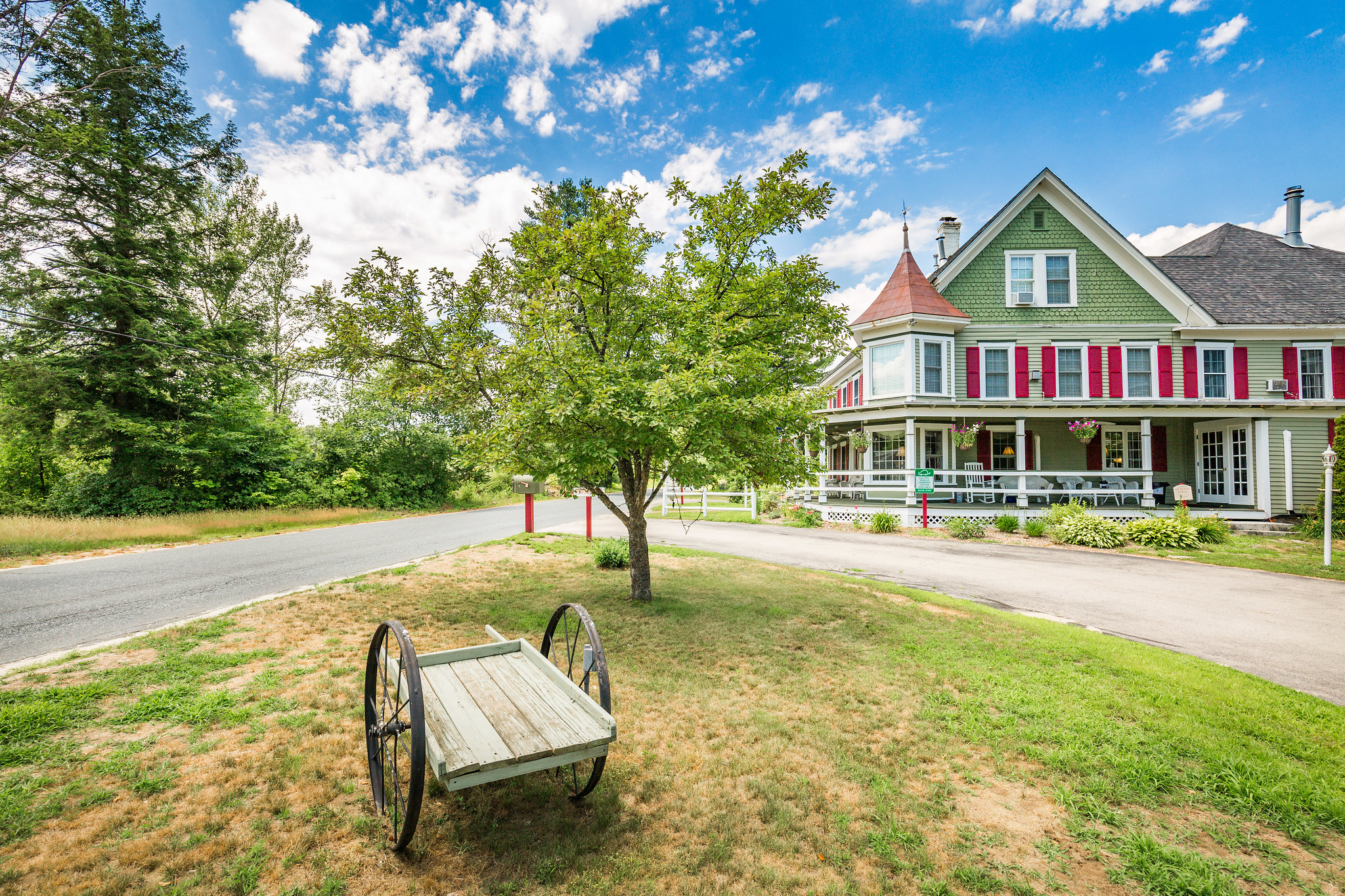 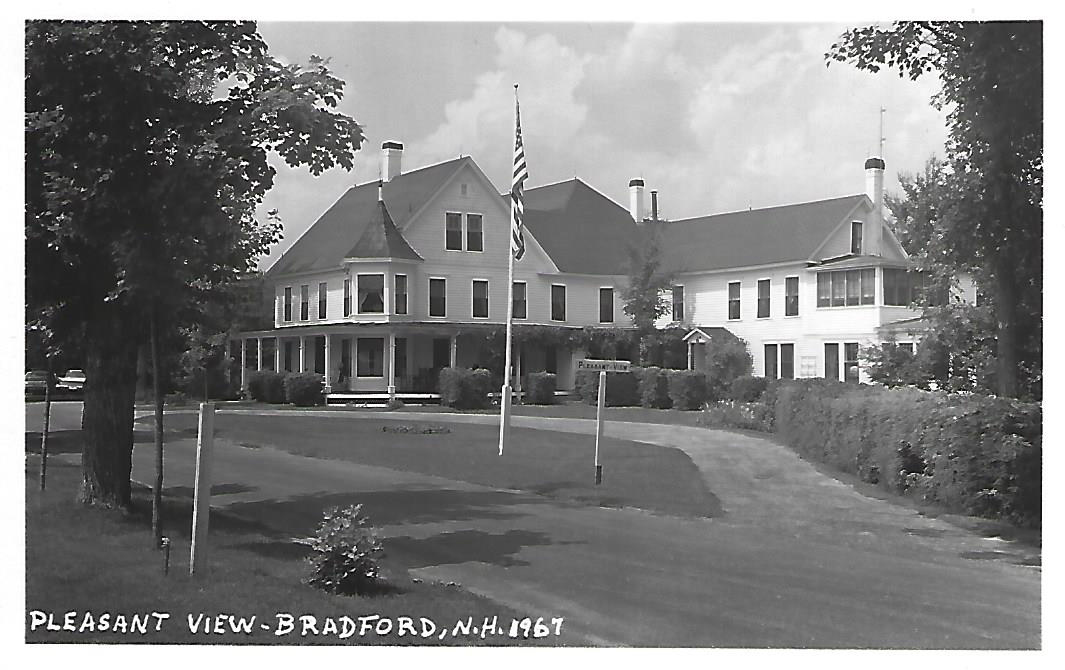 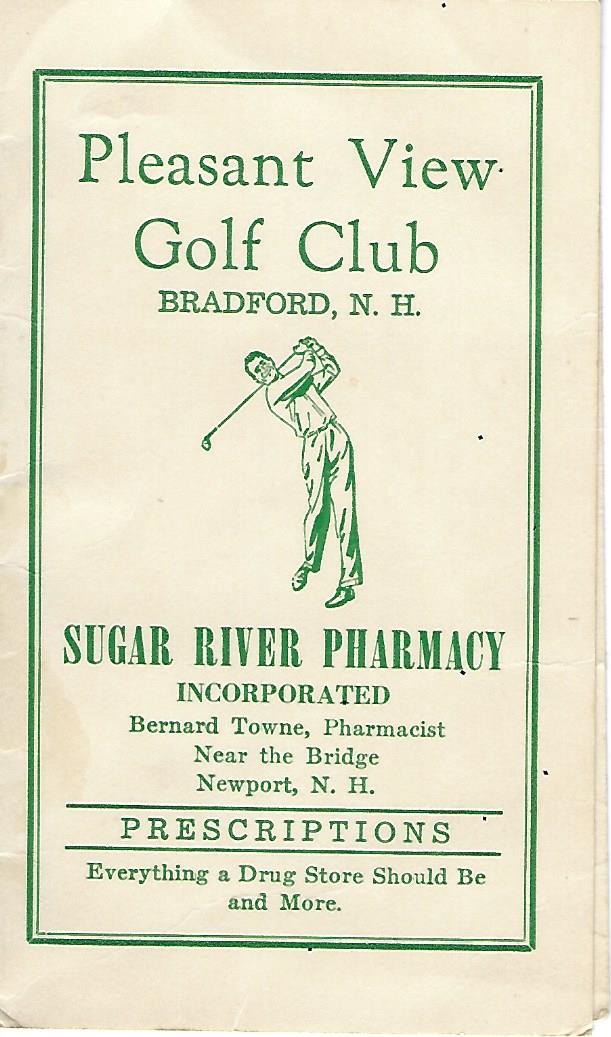 The old Casino across Pleasant View - postcard. The building is still there as a shell only. The historical society tried to move it to a new location but the old, tired condition of the building did not allow for it to be moved without falling. 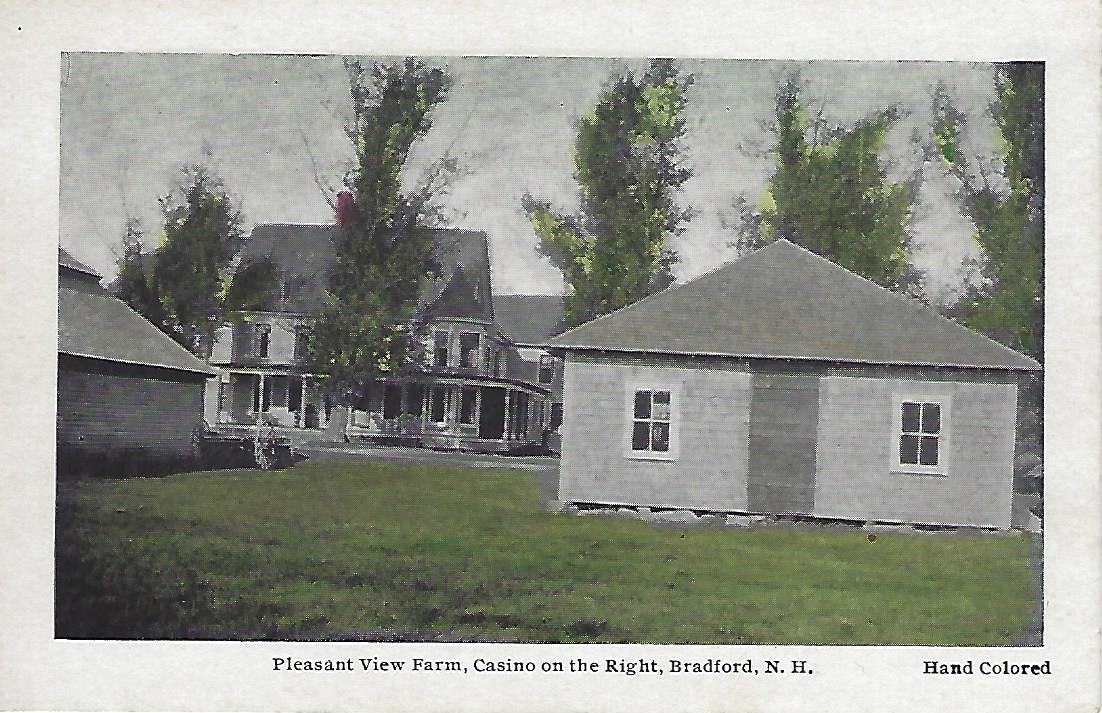 Shuffleboard at Pleasant View - postcard. There are remnants of that shuffleboard still on that location. 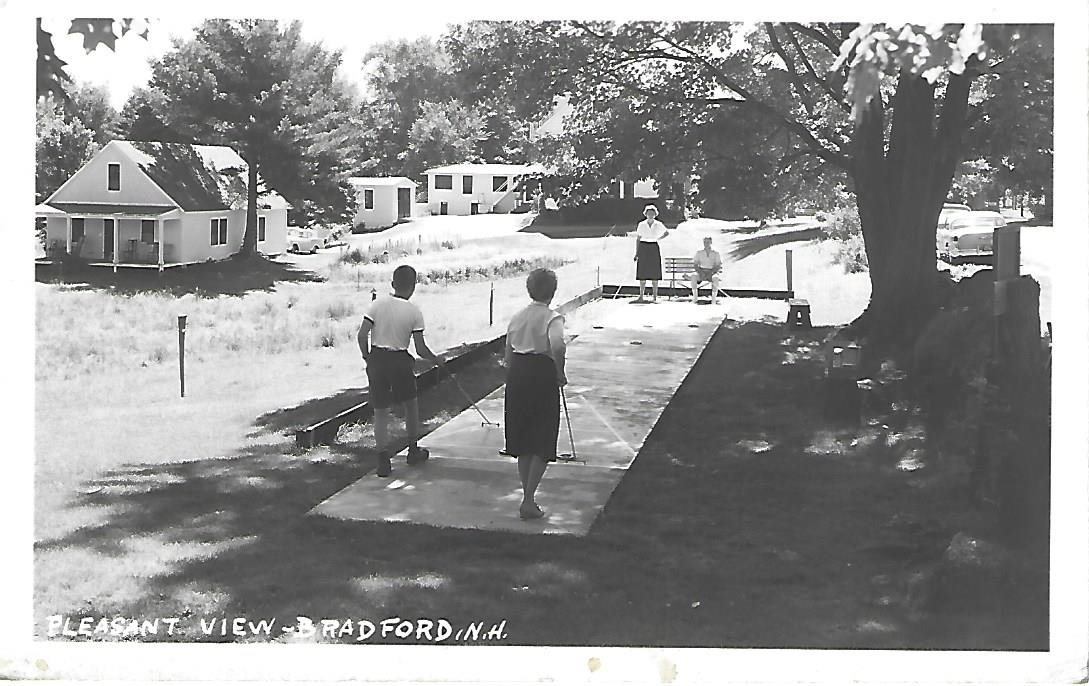 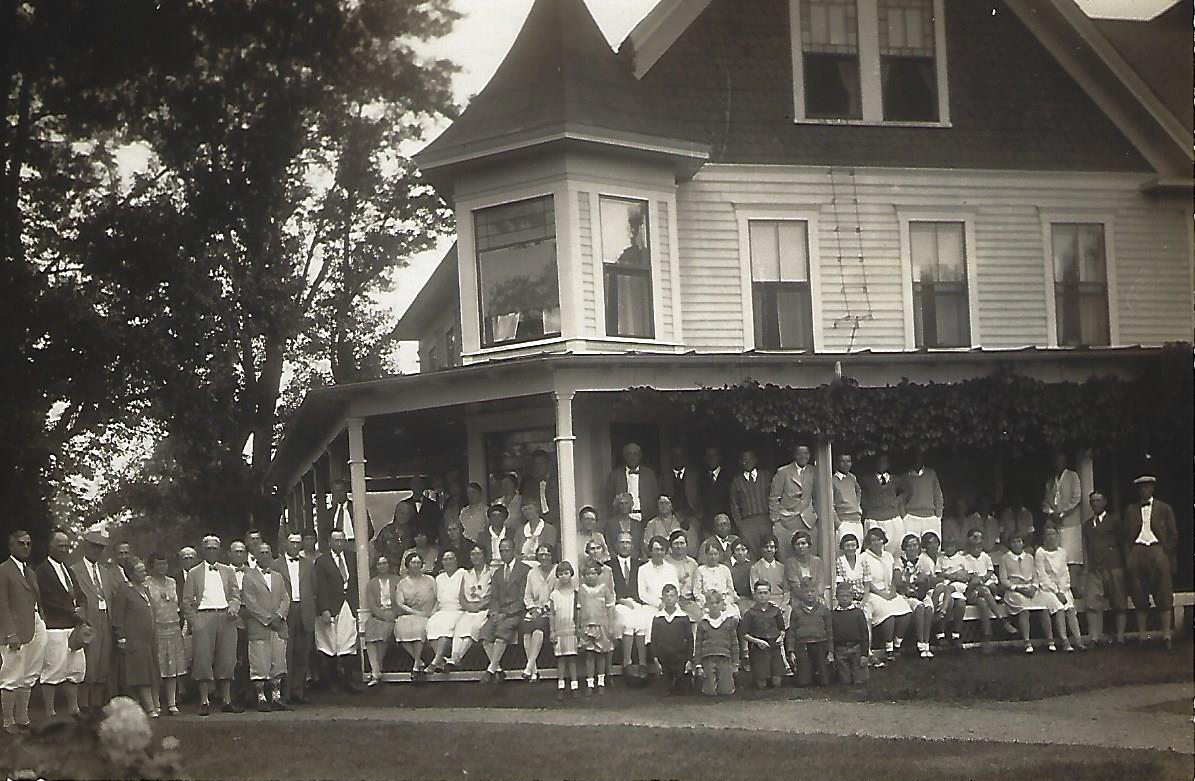 Pleasant View had a pool - postcard. The pool is still there although it is now private property. 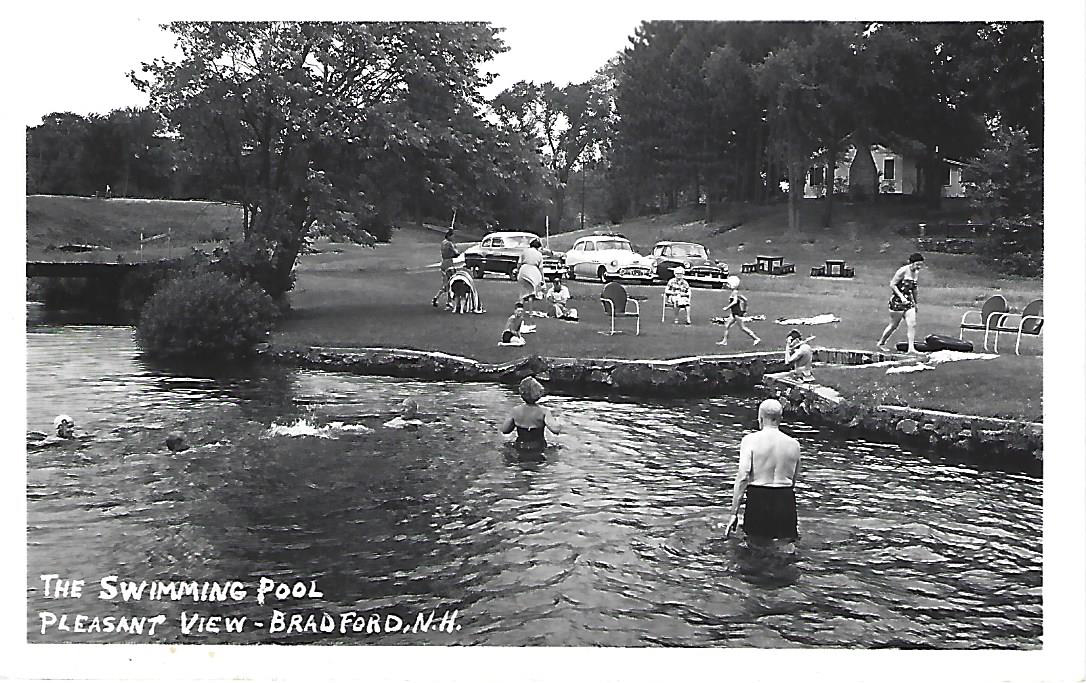 Another view from the Shuffleboard - postcard. 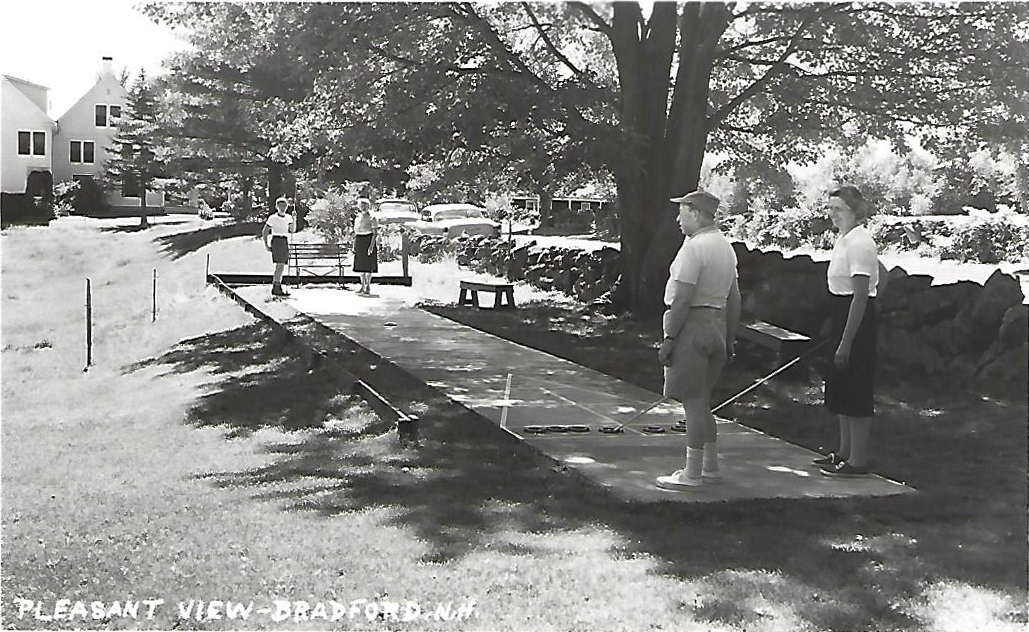 Another view from the Casino - postcard. This was located next to the golf course so guests could sit by the casino waiting for friends to finish their game. 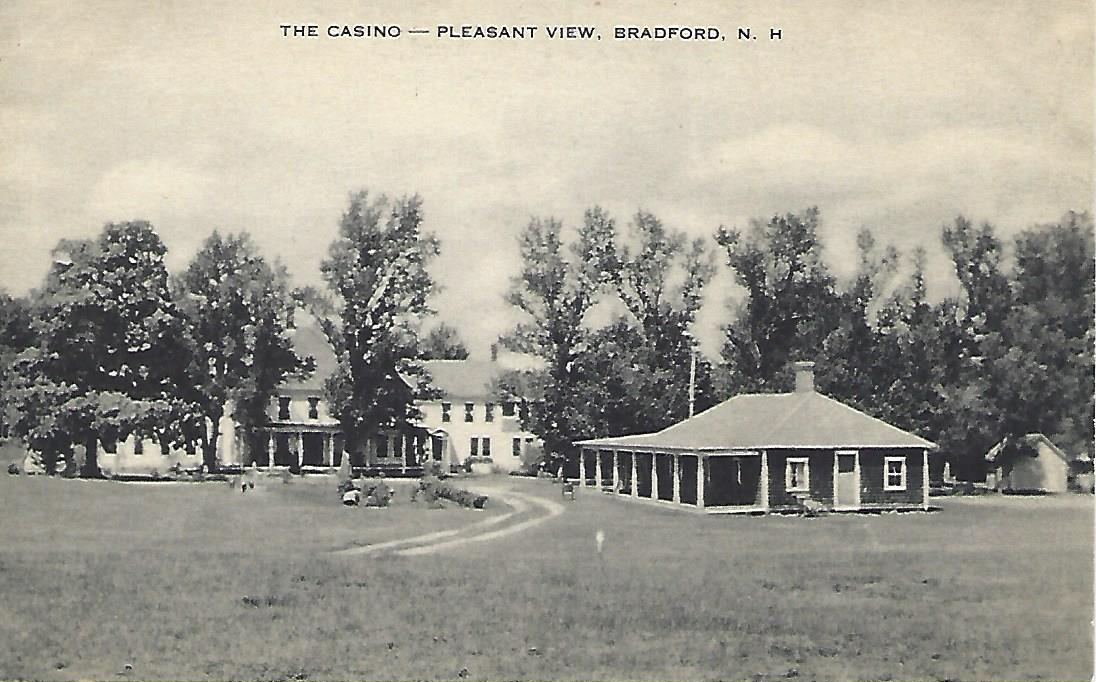 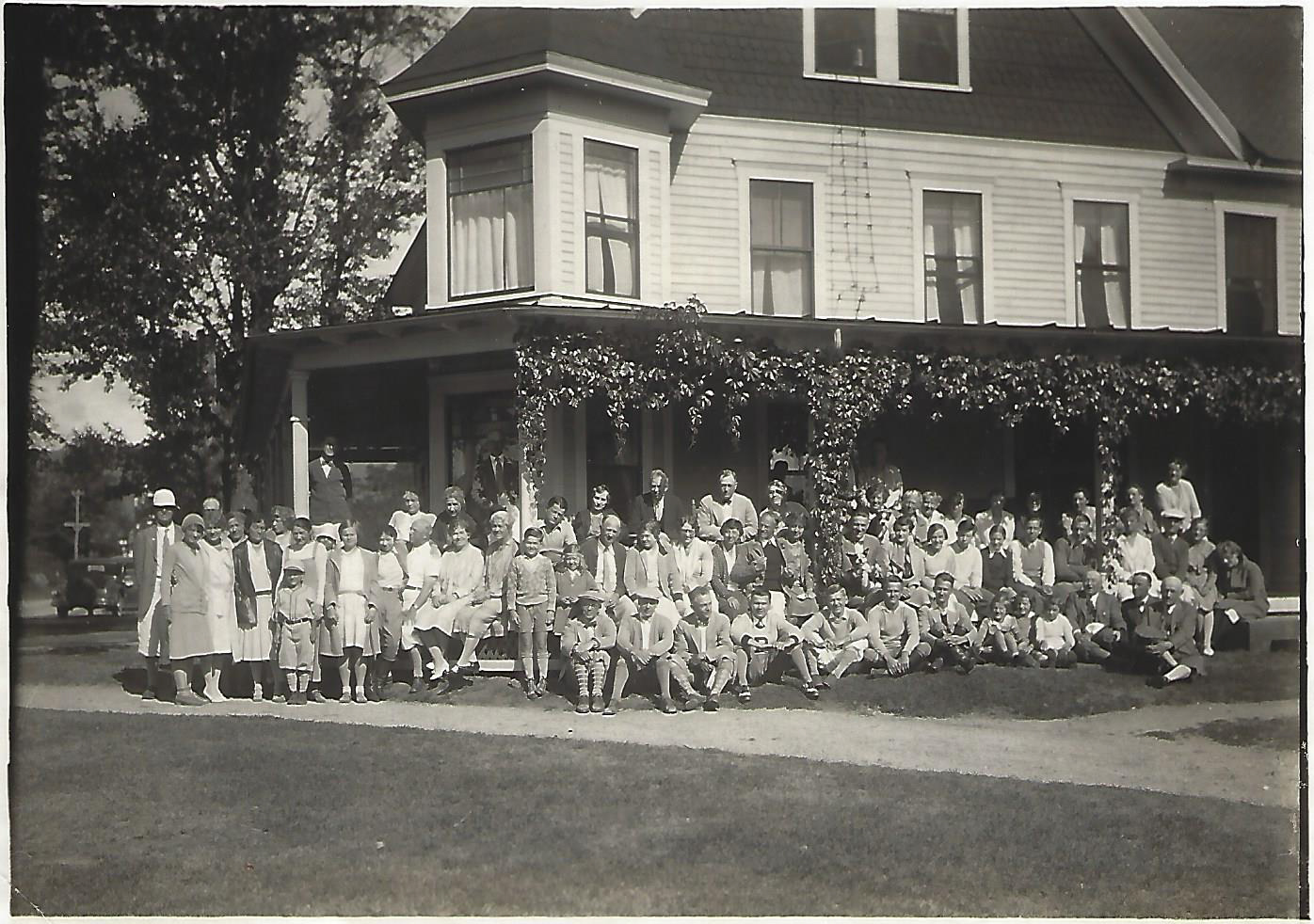 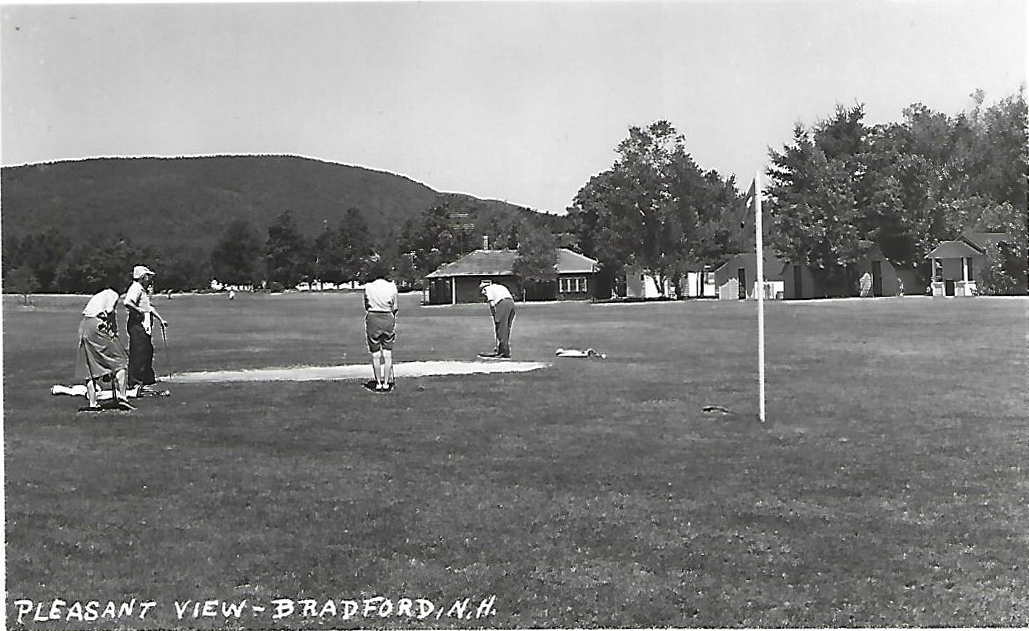 Another view from the golf course - postcard. 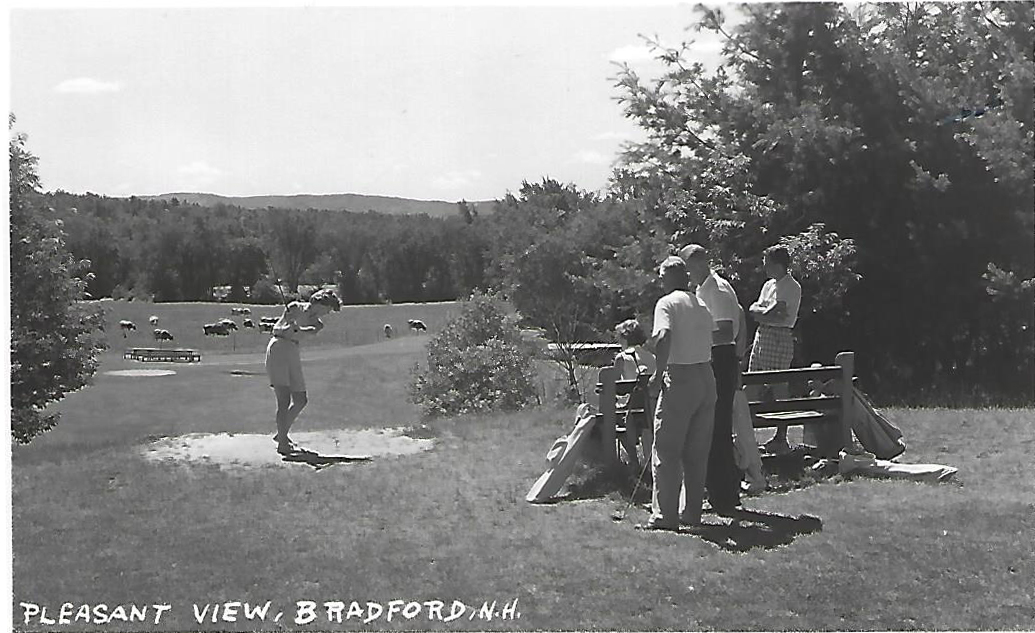 Pleasant View Inn (Also called Pleasant View or Pleasant View Farm) was built in 1850 by the Messer Family from Bradford, NH. The original structure was only 1 story tall and housed only the family. In 1890 the family decided to enlarge it, and so they lifted the structure up and built a new first floor in the bottom while keeping the old house above it and opening the attic. Once the renovation was complete, the one-story small house became a three-story structure.

The property consisted of 900 acres. The house itself had 18 guest rooms in the second and third floors. The first floor had a sizable dining room that was open all day long for breakfast, lunch and dinner. Pleasant View was an all-inclusive resort. Besides the 18 rooms, it also had cabins and tents around the main building to support a total of 85 people. The property also had a pool; the first 9-hole golf course in New Hampshire; a bowling alley; dance hall and a casino, that later when the hotel was electrified, it housed a TV. For car repairs, an on-site garage could take care of the automotive needs of guests.

Being self-sustainable, next to the Inn was a farm owned by the Messer family, namely Pleasant View Farm, that provided for all the guests' food with both meat and vegetables. The Inn was only open during the summer and the staff lived on-site for the few short months that the Inn was open. People could not reserve a room without referrals and credentials so it was not easy for everyone to just come and stay at any moment.

Being the end of the track, people would come from New York and book for the entire summer. Memorable guests in the registries include names like Charlie Chaplin, Mary Pickford, Douglas Fairbanks, Jack Pickford, Gloria Swanson, Anita Stewart, Madge Kennedy, Dorothy Dalton, Lillian Gish, Dorothy Gish, Jack London and the Keebler family, among others.

Back in the 1990s, Pleasant View was renamed Rosewood Country Inn. The interior design was updated to make room for modern amenities like bathrooms and it now has only 11 rooms. Most of the acreage was subdivided and re-sold and it now only consists of 14 acres, with the main and original building still functioning as a hotel. The second and third floors still have all guest accommodations while the 1st floor, including the dining room, has been separated and is now called Moments at the Rosewood.

The Rosewood Country Inn is the only surviving hotel left in the town of Bradford from that bygone era. The old casino, on the other side of the road, is now a separate property and falling.