In the summer of 1963, Dr. Robert Hayling worked with a sixteen young civil rights activists and organized a sit-in at the Woolworth lunch counter at this location. A section of the original Woolworth's lunch counter where sixteen African American teens participated in the sit-in has been placed inside the Wells Fargo bank. The lunch counter depicts four Black students participating in the sit-in, a reference to the four that were sentenced to a reform school for a year because they refused to implicate their advisor or sign a form stating that they would not participate in additional civil rights protests.

The St. Augustine Four sitting at the counter of Woolworth's. The site is on the National Register of Historic Places. 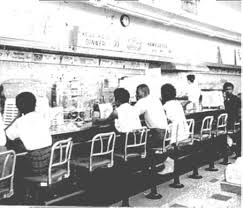 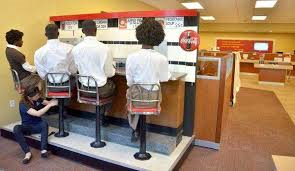 Robert B. Hayling was a local dentist and leader of the civil rights movement in St. Augustine. Klan member fired guns into Hayling's home following the release of the four children. 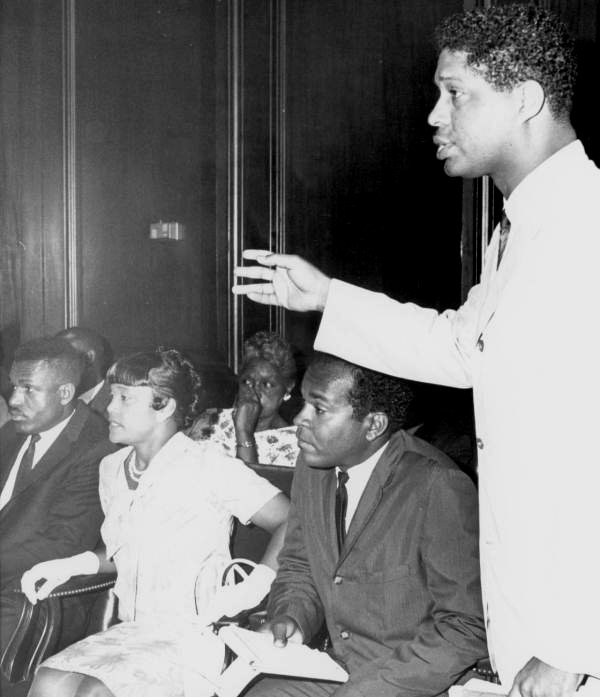 The police coerced or convinced most of the students to testify that their advisor had coerced them into participating in the protest as part of an effort to build a case against Hayling. Understanding that Hayling would likely be convicted of contributing to the delinquency of minors and other trumped-up charges, four of the students refused to turn on Hayling even when faced with being taken from their homes and placed in a reform school. These four students, Willie Carl Singleton, Samuel White, JoeAnn Anderson Ulmer, and Audrey Nell Edwards spent the rest of 1963 detained in a reform school rather than falsely accuse their advisor. The four young people proudly acknowledged their willing participation in the protests against segregation and with the help of the NAACP they were released back to their families in early 1964.

When the sixteen teenagers sat at the whites-only lunch counter, the manager contacted the police who arrested the young people but said that they would free the teens if they and their family would sign a paper accusing their mentors of coercing them into participating in the sit-in and promising not to participate in demonstrations until they were twenty-one. The families of four of the participants supported their children in refusing to sign this paper or accuse their advisers. Known today as "the St. Augustine Four," JoeAnn Anderson, Audrey Neil Edwards, Samuel White, and Willie Carl Singleton endured jail and reform school rather than sign the document.

In response to their "defiance," Judge Mathis sentenced the four teens to correctional facilities. The girls were sent to Florida’s correctional faculty and the boys were sent to Florida’s Industrial School for Boys for a year. Local African Americans were outraged by the sentencing of these young people and adults and their fellow teens gathered at St. Paul’s AME Church to plan out protests and marches.

African Americans held several protests downtown and picketed outside of St. Augustine business that practiced segregation. Dr. Hayling led marches to the Old Slave Market in protest of the arrest of the young people. Police attacked the participants of this march and Hayling was arrested. However, the NAACP and local Black residents continued to put pressure on the city and its businesses. On January 14, 1964, Governor Farris Bryant demanded the release of the teens and they were reunited with their parents.