Propeller From The RMS Lusitania

Situated on the grounds of the Hilton Anatole hotel is one of the propellers from the RMS Lusitania, the British ocean liner sunk by the German submarine U Boat-20 on May 7, 1915 during World War I. The ship was hit eleven miles off the Irish coast and sank quickly in only 18 minutes. Of the 1,1959 passengers on board, including children, only 761 survived. Among those who perished were 128 Americans. The bodies of many victims were recovered and buried but the rest are still entombed in the ship at the bottom of the ocean. Unsurprisingly, the sinking of the Lusitania sparked outrage within neutral countries, including the United States. As a result, American public opinion began to turn against the U.S. government's policy of neutrality. However, the United States did not enter the war for another two years.

The large propeller, which weighs 15 tons, is located on the hotel grounds. It was installed in 2012. 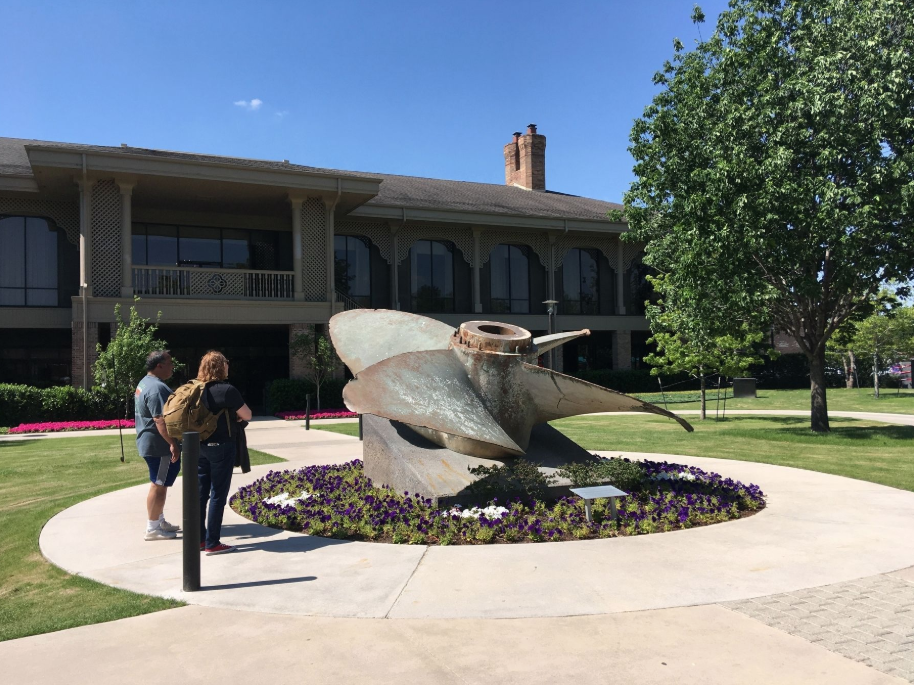 The Lusitania was the largest ship in the world when it was built. 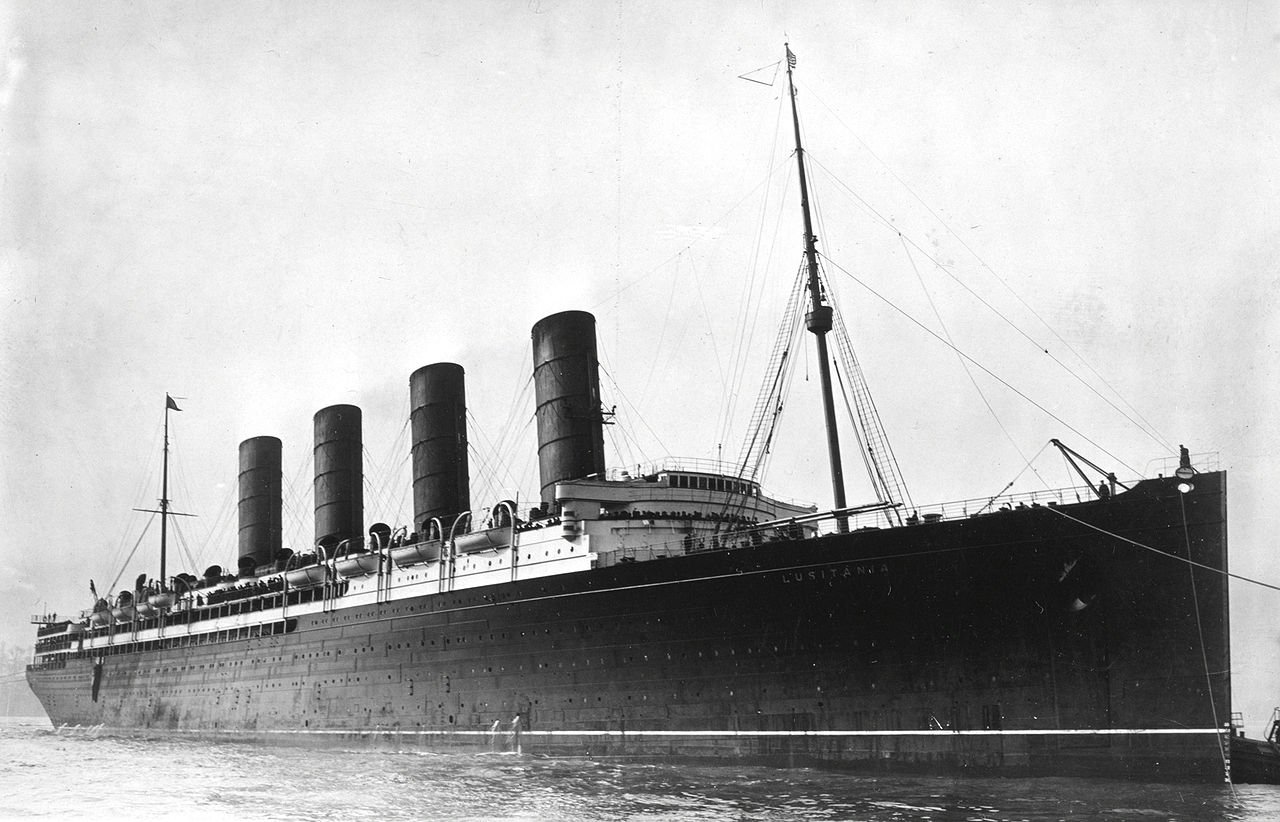 Three propellers were removed in 1982. One of them is located here, one was melted down, and the third is located at the Merseyside Maritime Museum in Liverpool. 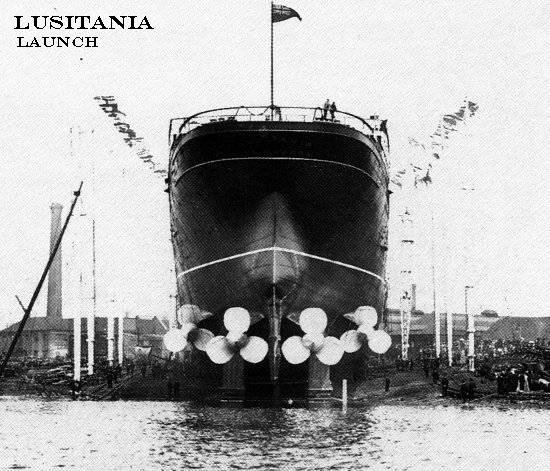 The Lusitania was a lavish ship. This picture shows the lounge and music room. 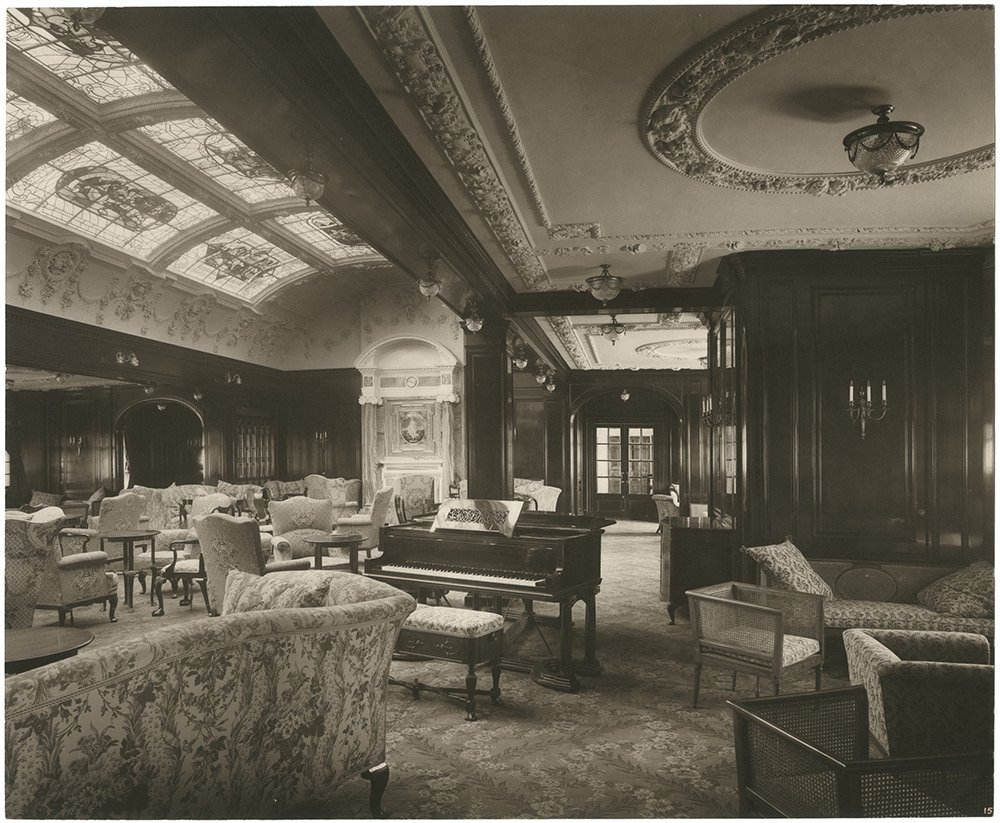 RMS Lusitania was built in 1906 in Scotland by the John & Brown Co., which built a number of other ocean liners including RMS Queen Mary, RMS Queen Elizabeth, and RMS Queen Elizabeth 2. When the Lusitania was built, it was the largest ship in the world at 787 feet long and weighing over 31,000 tons. Not only was it luxurious, it was fast as well, able to reach a speed of 24 knots using state-of-the-art turbine engines. The Lusitania was operated by the Cunard Line, which still exists today. It set sail from Liverpool, England—its port city—to New York City on its maiden voyage on September 7, 1907.

The Lusitania embarked on its last trip on May 1, 1915 from New York City to Liverpool. A month earlier, Germany had declared the seas around Britain a war zone and the British government warned the Lusitania to avoid the waters south of Ireland, which had seen some U-Boat activity. The Lusitania was also advised to zigzag and change its course at varying intervals and times to make it difficult for U-Boats to shoot their torpedoes. Tragically, the Lusitania's captain, William Thomas Turner, disregarded these warnings and suggestions. He slowed the ship down (due to fog, apparently) and too close to the shore.

The commander of the U-Boat, Walter Schwieger, ordered his crew to fire. The torpedo struck the ship on the starboard (right) side toward the front. Another explosion occurred soon after, this time from within the hull. In just 18 minutes, the Lusitania was gone. Captain Turner survived the attack.

The Germans knew that the Lusitania was not only carrying passengers; it was also carrying around 173 tons of rifle ammunition and shells. The Germans, in fact, warned that they would sink the ship. For this reason, they felt justified in their actions.