The John B. Stephenson Memorial Forest Preserve was dedicated in 1996 in honor of John B. Stephenson, a well-known sociologist and the seventh president of Berea College in Berea, Kentucky. The forest borders Anglin Falls Road and is under the ownership of Berea College, which it is also located near. The preserve is most notable for its housing of Anglin Falls, a 75 ft waterfall that is an offshoot of the much larger Cumberland Falls. The preserve was dedicated to Stephenson in honor of both his legacy at the college in addition to the work he did to help preserve both the forest and preserve during his time as president of Berea College.

Plaque marking the beginning of The John B Stephenson Memorial Forest 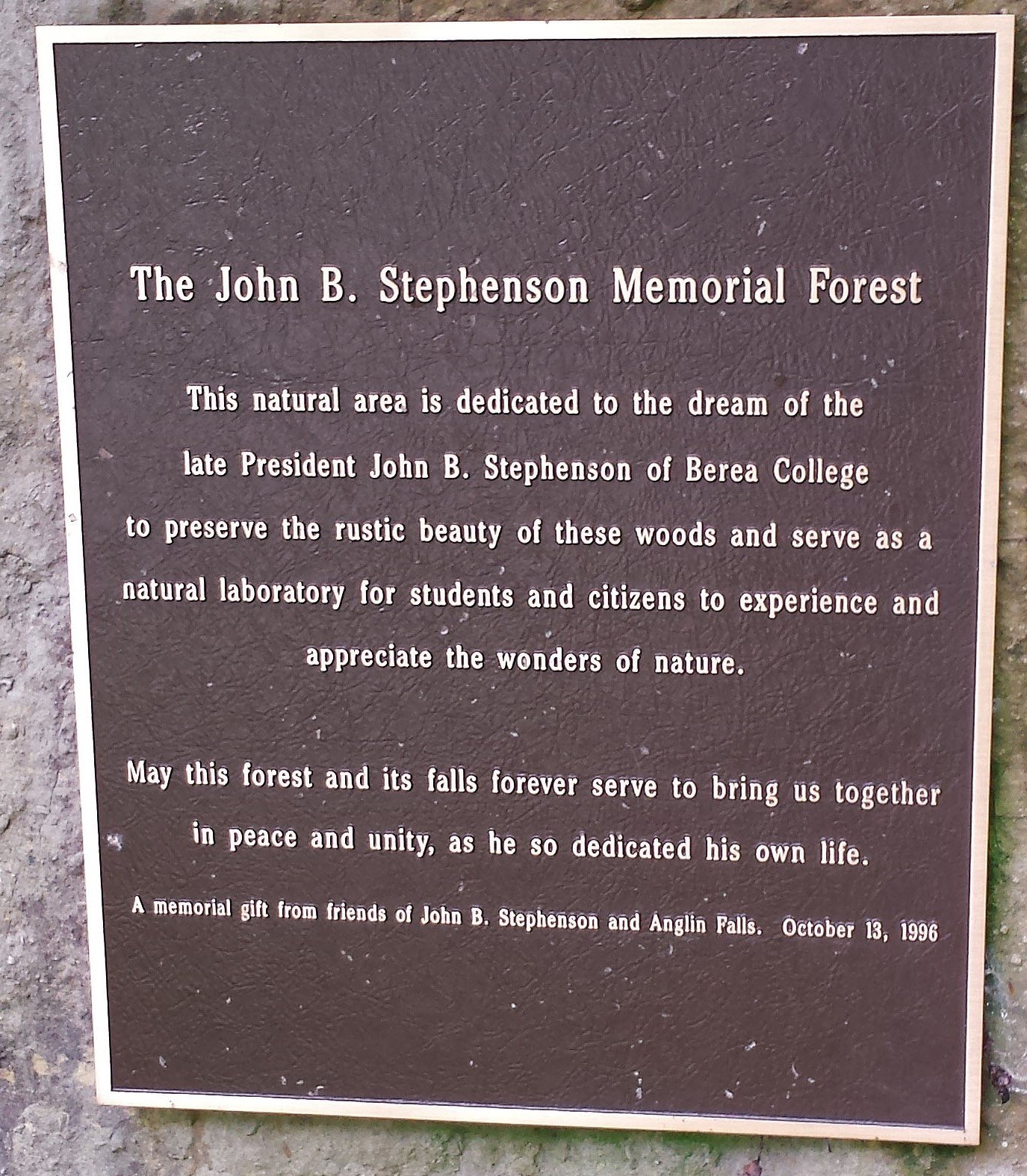 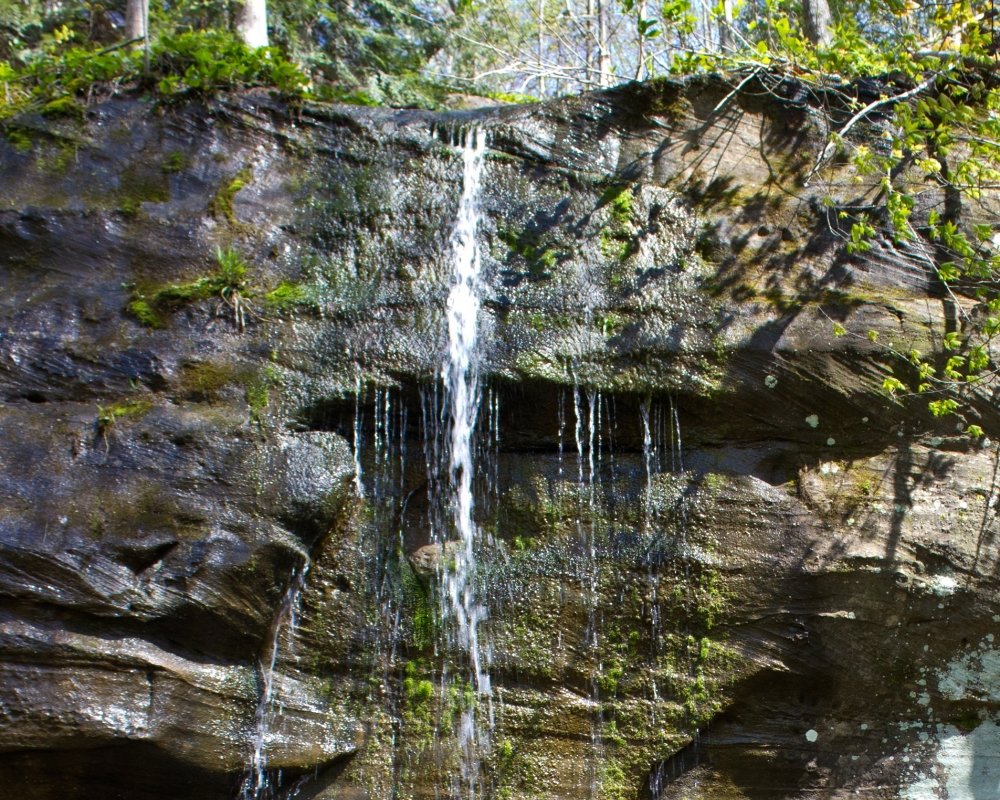 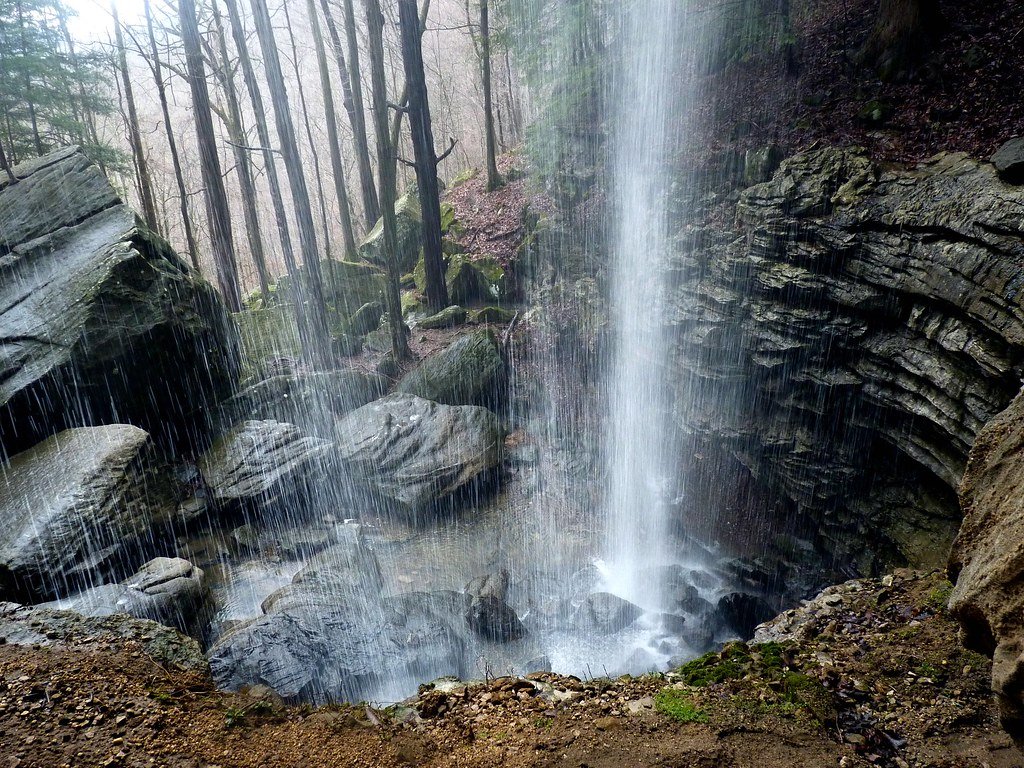 A stream in the forest that flows to meet the falls 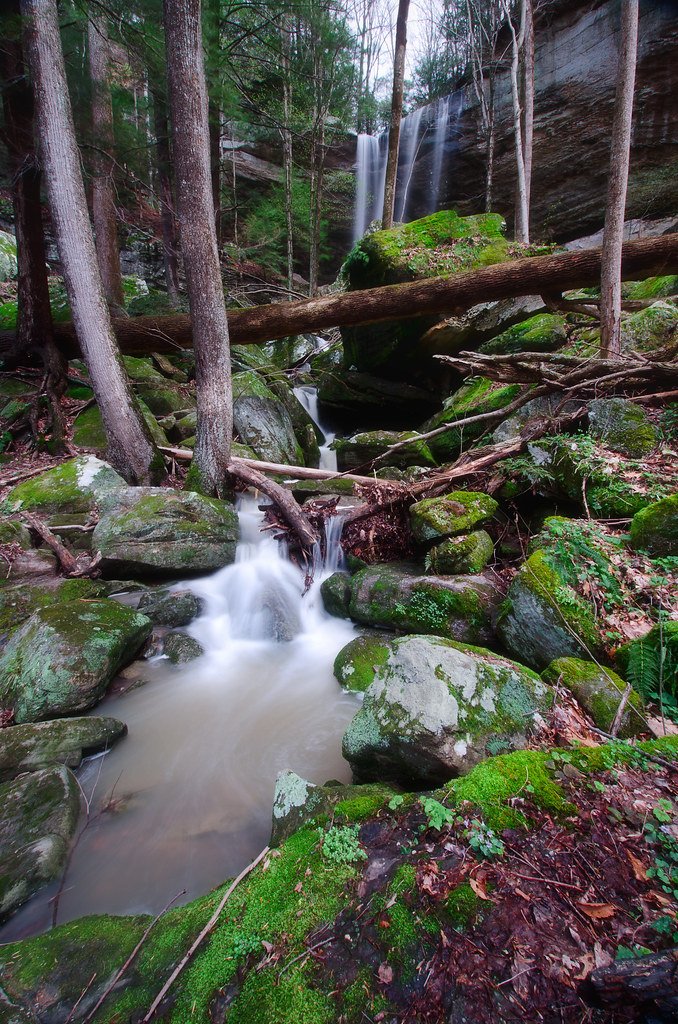 John B. Stephenson was born in Staunton, Virginia, on September 26, 1937. He soon went on to earn his B.A. in sociology from William and Mary College in Virginia in 1959 as well as eventually getting his Ph.D in the subject from the University of North Carolina in 1966, with his dissertation on Celo, North Carolina eventually becoming his first critical book publication, called Shiloh: A Mountain Community, two years later in 1968. This book as well as his continued work in the field of sociology led to his renown as a sociologist as well as one of the leader scholars of Appalachian culture and history. Consequent from this was his eventual appointment as the seventh president of Berea College, located in Berea, Kentucky, in 1984. During his time as president, he worked to reestablish and prioritize organizations and programs of study centered around African American rights and studies in addition to establishing resources for women on campus. Under his guidance, the college saw a significant increase in both faculty members and salaries in addition to a nearly two hundred million dollar increase in the college's endowment. Stephenson retired in 1994 after a years long battle against leukemia, from which he contracted a viral infection and passed away in December of that same year.

On December 10, 1996, two years after Stephenson's death, a portion of the forest near Berea College, located along Anglin Falls Road, was dedicated to the late college president. Called the John B. Stephenson Memorial Forest State Nature Preserve, the land, which was turned over to Berea College by its previous owner, the Friends of Anglin Falls Corporation, was dedicated to the late Stephenson in honor of the legacy of hardwork, dedication, and tolerance he left behind at the university. In addition, he led a notable campaign to help preserve the very spread of wilderness which makes up his memorial preserve, as he claimed to feel so emotionally moved and inspired during his visits to the site that he spent a great deal of his time as president campaigning for the area's preservation.

The John B. Stephenson Memorial Forest is a wooded ravine most notable for being the area of forest that houses and protects Anglin Falls, a nearly 75ft waterfall which is an offshoot of the larger Cumberland Falls nearby and empties into a stream that runs nearly the entirety of the memorial forest. Though the stream is mostly dry in the summer due to the water evaporating, during the spring and autumn Anglin Falls is in full force and surrounded by a plethora of blooming wildflowers, moss, and trees. The falls empties out onto large, moss-covered boulders which line the entirety of the stream and the path which makes up the preserve.