The Herbert Hoover Presidential Library and Museum commemorates the 31st President of the United States and his accomplishments. It opened in 1962 and features exhibits exploring the life and career of Hoover; the library contains thousands of documents, images, film, and microfilm relating to his administration and politics. The memorabilia storage area contains over 8,000 fascinating artifacts. The museum is located within the Hoover National Historic Site. Along with the museum and library, the site includes the cottage in which he lived as a young child; the church he regularly attended; his and First Lady Lou Henry's gravesite; a replica of his uncle's blacksmith shop; and the schoolhouse in which he was once taught.

The Herbert Hoover Presidential Library and Museum opened in 1962 and features thousands of documents and artifacts chronicling the life and career of Herbert Hoover. Image obtained from the National Park Service. 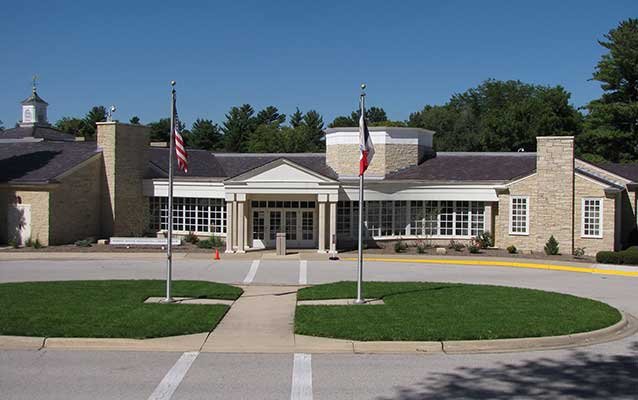 Herbert Clark Hoover served as President from 1929-1933, and is today mostly remembered for his perceived failure to handle the Great Depression. Image obtained from the National Archives. 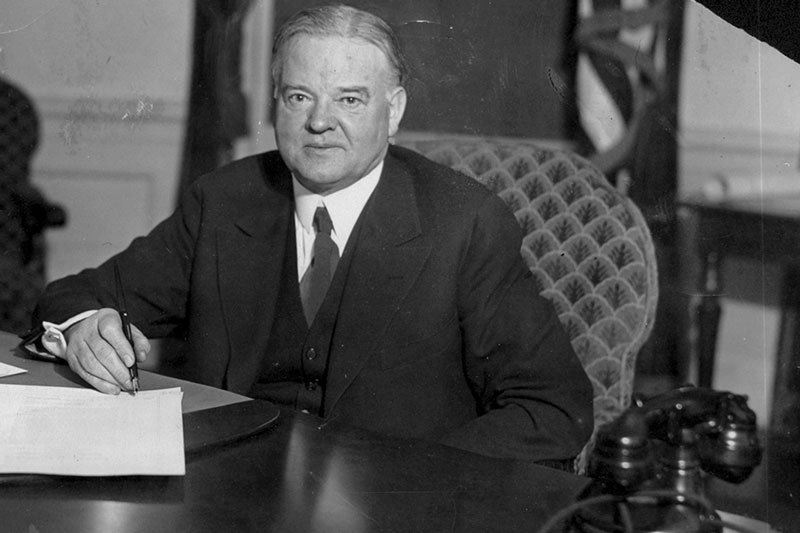 The Library-Museum in 1970. Over the years it has been expanded several times and now includes 44,500 square feet. Image obtained from the White House Historical Association. 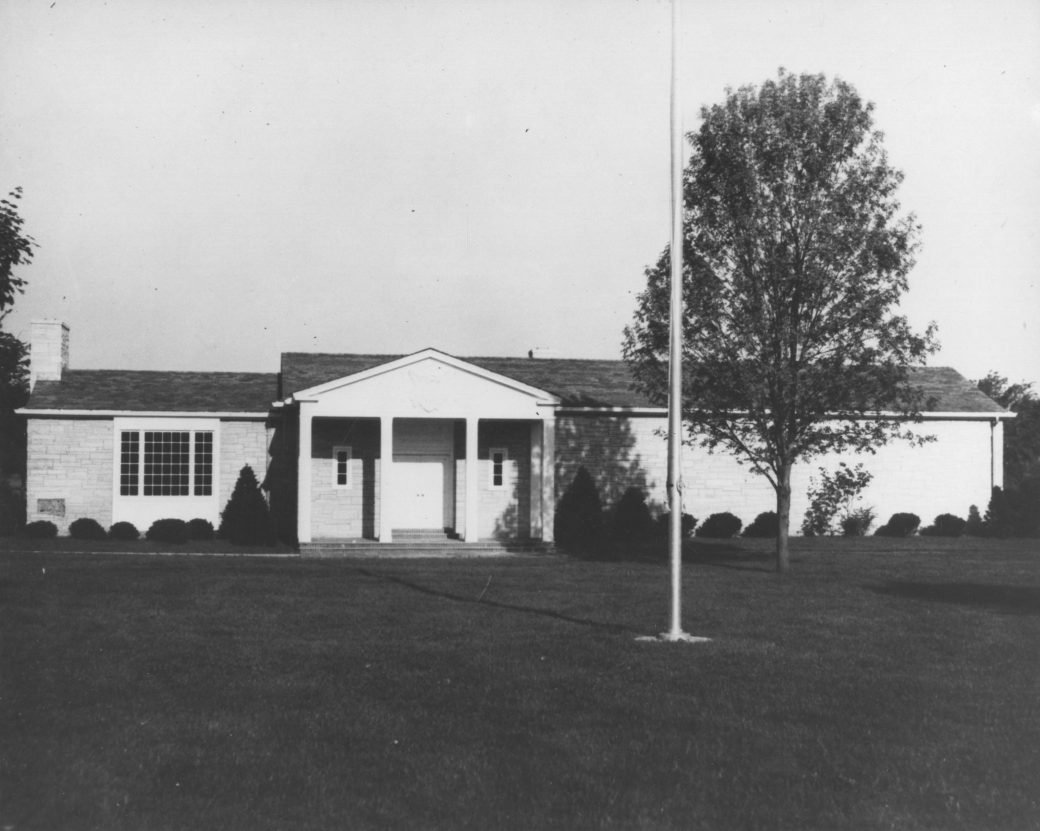 The Library-Museum includes 8 permanent galleries, such as this one depicting Hoover during his tenure as Secretary of Commerce. Image obtained from TripAdvisor. 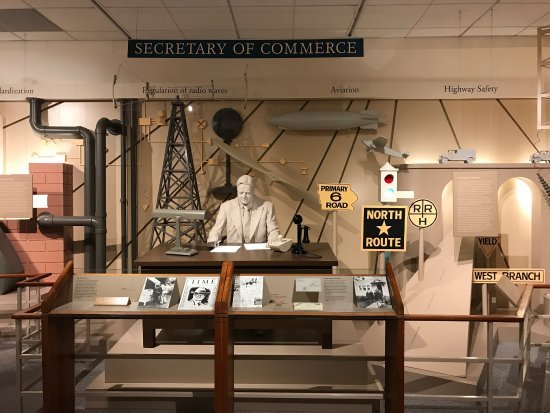 Herbert Clark Hoover was born on August 10, 1874 to a Quaker family in West Branch, Iowa. Orphaned by the age of 10, he grew up under the care of relatives in Oregon. He graduated from Stanford University and became a mining engineer. He also married Lou Henry (1874-1944) with whom he had two children. His career led him to travel around the world, spending several years in China, and operating successful business ventures. During World War I Hoover devoted himself to humanitarian work, helping to coordinate food deliveries to Europe. During this time he was appointed head of both the Food Administration and the American Relief Administration. After the war he served as the Secretary of Commerce under the Harding and Coolidge administrations.

In 1928 Hoover was elected President under the Republican Party ticket. His administration was dominated by the response to the 1929 stock market crash and the ensuing Great Depression. Hoover made some efforts to stimulate the economy, but was not very successful. A proponent of limited government, he was reluctant to take actions requiring significant federal intervention, which he believed would be harmful to capitalism. His refusal to do more to revive the economy made him increasingly unpopular among Americans; many shantytowns were mockingly nicknamed Hoovervilles after him. In 1932 he overwhelmingly lost the election to Franklin D. Roosevelt. Hoover spent the next several years writing about his political views and criticizing the Roosevelt administration, which he accused of giving too much power to the federal government. In the 1950s he came out of retirement to serve on commissions to increase government efficiency for both the Truman and Eisenhower administrations. Hoover passed away on October 20, 1964 at the age of 90.

The Herbert Hoover Presidential Library and Museum was built in 1962. It opened to the public on August 10, Hoover’s 88th birthday, and the dedication was attended by both Hoover and Harry Truman. Originally Hoover had intended to donate all of his papers to Stanford University, his alma mater, but then changed his mind after the passage of the Presidential Libraries Act of 1955, which established the modern system of federally-administrated presidential libraries. The Herbert Hoover Presidential Library and Museum was the fourth presidential library built (preceded by the Franklin D. Roosevelt, Harry S. Truman, and Dwight D. Eisenhower Libraries), but it was the first to be managed by the National Archives and Records Administration. It is the smallest presidential library and museum; when it first opened it was only around 4,000 square feet. Since then it has been expanded several times, the most significant being in 1992, and is now 44,500 square feet.

The Library and Museum is located at the Herbert Hoover National Historic Site, which also includes Hoover’s childhood home, and his own grave. It focuses not just on Hoover’s presidency, but also his humanitarian work and the public role of his wife, Lou Henry Hoover. The Library and Museum feature eight permanent galleries chronicling the life and career of Herbert Hoover, and also hosts temporary galleries on various subjects. The research library holds thousands of Hoover’s personal and professional manuscripts, as well as 300 collections belonging to people connected to Hoover or his areas of interest. The Library and Museum also include a gift shop, an auditorium, and a conference room.