Built in 1889 for railroad tycoon Edwin H. Abbot, this Queen-Anne style rowhouse was designed by Howland Russel. The building was added to the National Register of Historic Places in 1983 as it offers the finest example in Milwaukee of Queen Anne architecture in the row house style. Today the row house serves as the home of ten separate private residences. 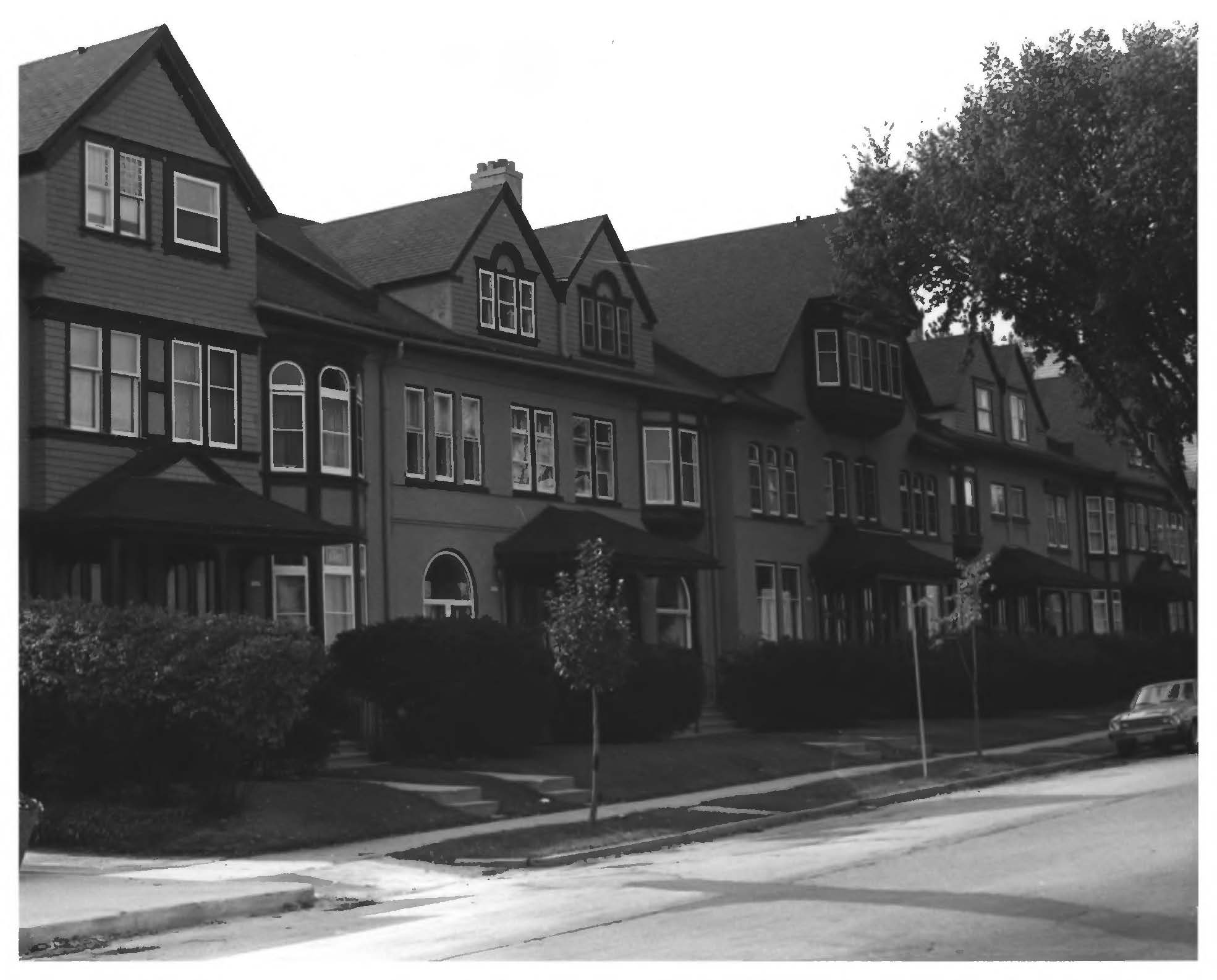 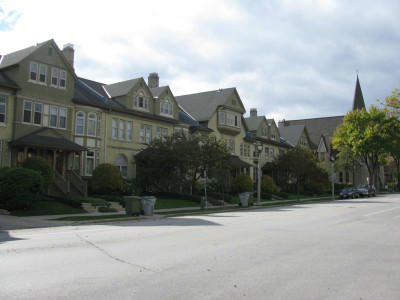 Edwin H. Abbot, Vice President of the Wisconsin Central R.R. Company, commissioned the construction of Abbot Row in 1889. Abbot had purchased the land five years earlier which was previously the site of the Biefeld Beer Garden (1850-1883). It is rumored that Abbot bought the land, which was adjacent to his home, partly in order to quiet the noise the beer garden made in the evenings.
Howland Russel was a prominent Milwaukee architect from 1880-1916. His primary focus was residential construction. Two residences for which Russel is known for are the Neo-Classical  Edward Diedrichs House at 1241 N. Franklin Place, and the Chateauesque style Hawley-Bloodgood houses next door.
Today, the rowhouse is divided into ten luxurious condo units; private residences and therefore not open to the public. But the exterior architecture and the landscape design are the heart of its significance, with a tall central gable, a third-story oriel window, and mirror image facades.