The McLennan County Courthouse is considered one of the finest examples of Neo-Classical architecture in Texas. Built in 1902, it is the fourth courthouse to serve the county. The building features a large dome, portico, several and Corinthian columns. Viewed from inside, the dome is decorated with stained-glass art pieces. There are also a number of large statues. Atop the dome stands the Greek goddess of justice, Themis, who is holding a sword in her right hand and a pair of scales in her left. The other statues are Justitia, the Roman goddess of justice, and a torchbearer who resembles Lady Liberty. Around the base of the dome are several Roman eagles. The courthouse was added to the National Register of Historic Places in 1978.

The McLennan County Courthouse was built in 1902. 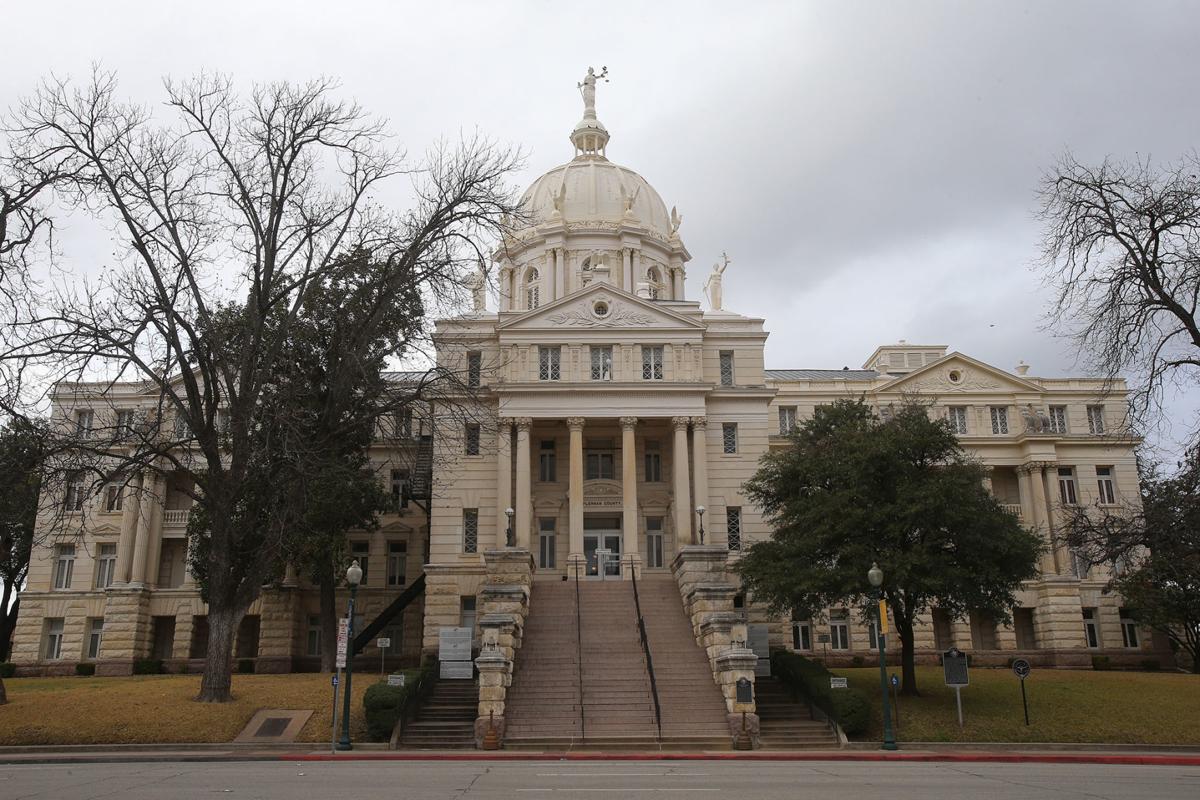 The land on which Waco was founded was originally inhabited by Waco Indians, who established a village here. Settlers arrived beginning in the 1830s and the population grew to more than 6,000 residents by 1860. Waco was designated the county seat in 1850 and the first courthouse was built at this time. The second, larger one, was erected in 1859 and the third in 1876. The current one, as stated above, was constructed in 1902.

One of the most notable cases at the courthouse was that of Clyde Barrow— aka, Clyde of the notorious bank robber duo Bonnie and Clyde—who stood trial here in 1930. He was sentenced to two years in jail but escaped before he was transferred to the jail in Huntsville. Another notable event to occur at the courthouse was the first live televised murder trial in 1955.