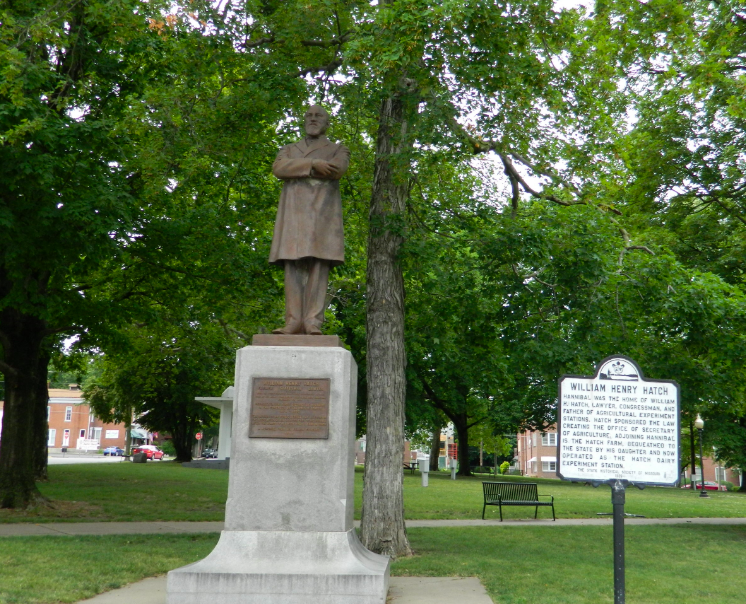 William Henry Hatch was born in Kentucky in 1833. After studying law in Lexington, he passed the bar exam in 1854 and opened up a practice soon after. He became a circuit attorney in 1858 and remained as such until 1860. He joined the Confederate Army during the Civil War and in 1862 was appointed captain and assistant adjutant general. The next year he became assistant commissioner of exchange of prisoners under the cartel.

After spending several years of practicing law in Hannibal, Hatch ran for Congress as a Democrat in 1878 and won the first of eight successive terms. During this time he served as chairman of the Committee on Agriculture. In addition to the Hatch Act, he implemented reforms in federally mandated food inspections, and established national standards in animal hygiene control. He tried and failed to become Speaker of the House in 1892 as well as Secretary of Agriculture.

Hatch returned to Hannibal in 1895 after his term ended. He ran his farm there until he passed away on December 23, 1896.