The home at 266 West End Avenue was built in 1896 for wine importer Julius Jaros. Jaros and his wife lived in the mansion for ten years, until it was purchased by Peter Doelger. The home changed owners several times over the years. At one point, the home was the site of meetings of the Humanitarian Cult, a progressive organization. It was also home to Beverly West, sister of early film star Mae West, and there is anecdotal evidence that the actress herself once lived in the home. 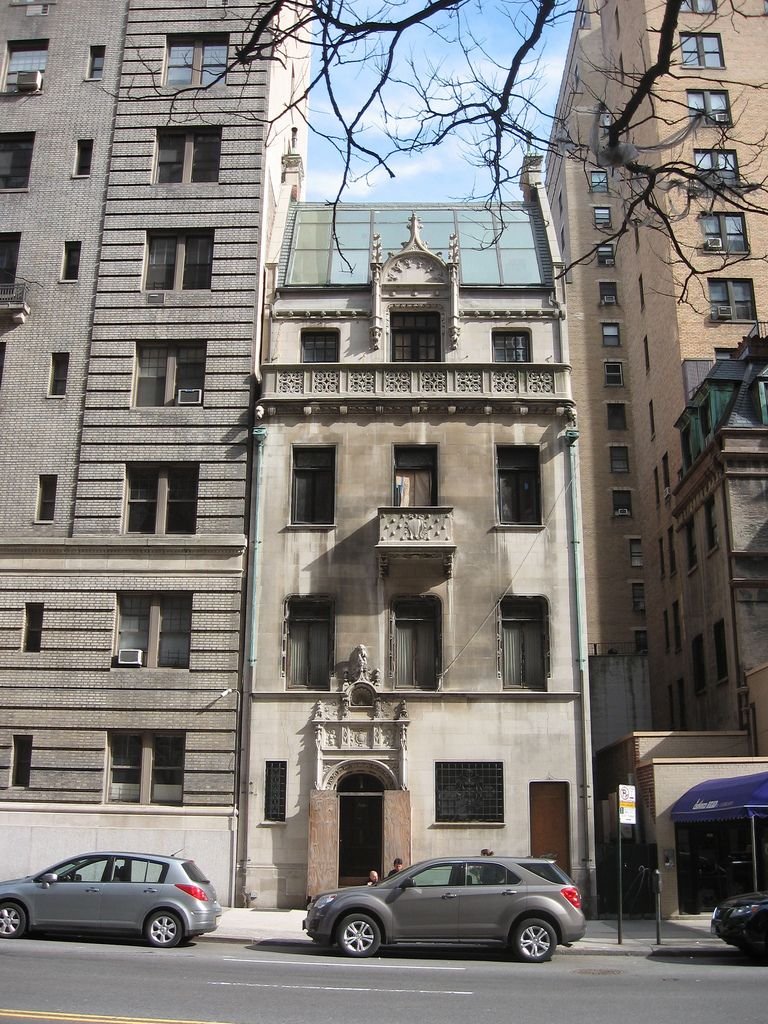 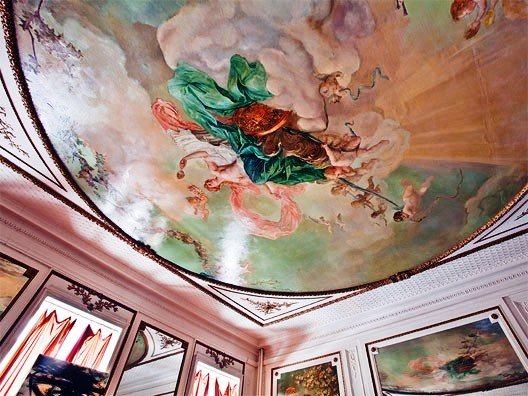 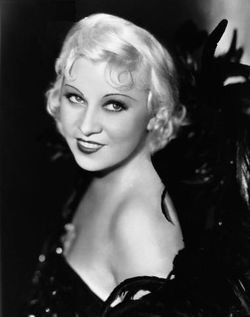 A flyer for the Humanitarian Cult 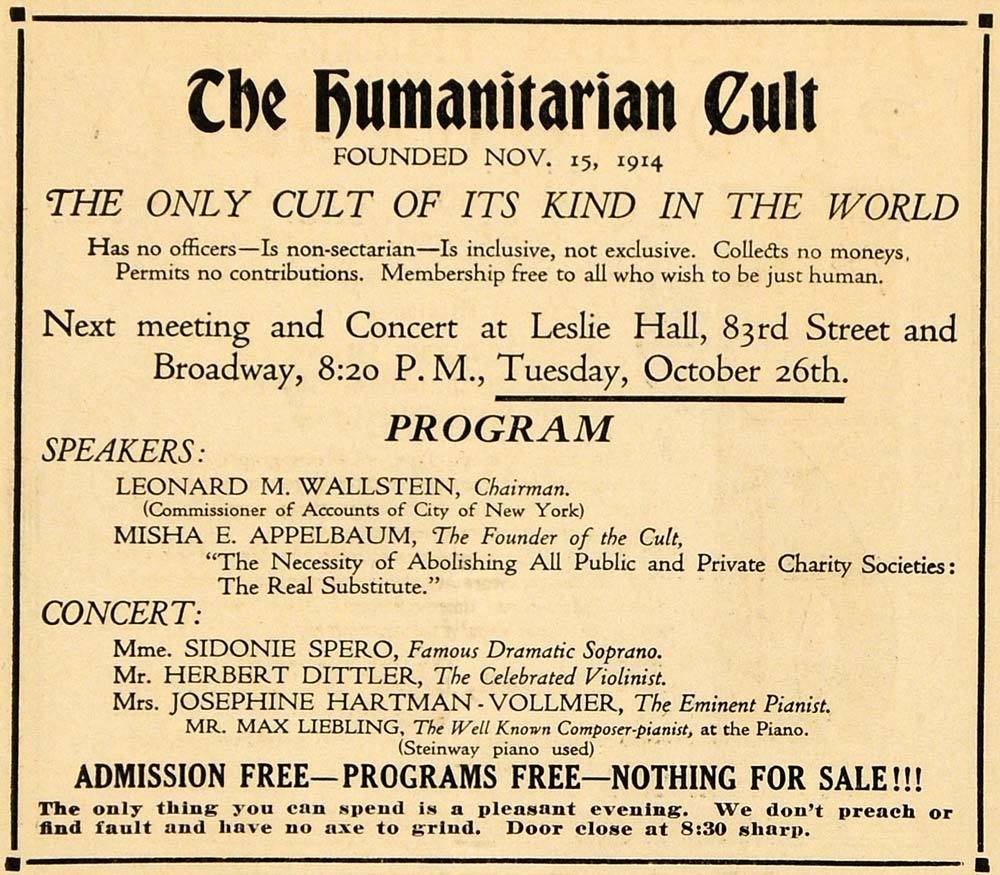 West End Avenue is lined mostly with concrete postwar structures. The home at No. 266 is a bit of an oddity in that environment--its stark white facade and baroque French Renaissance detailing are very much at odds with the comparatively uninspired mid-century buildings that occupy the rest of the street.

The home was built in 1896 for Julius Jaros, who made a fortune importing a wine known as Vin Mariani, which was reportedly laced with cocaine. Jaros enlisted the Paris-trained architect Rudolph Daus, who spared no expense in designing one of the most ambitious homes on the avenue. The building features an ornate dormer adorns the roof and elaborate carvings grace the home's entrance. The interior is equally lavish, with ceiling and wall paintings, a domed dining room ceiling, and French panels.

The Jaros family lived in the home for ten years before selling it to Peter Doelger, a wealthy brewer. By the end of World War I, the home belonged to Misha Applebaum and his wife, Irma. Applebaum was a Russian immigrant who made a fortune as a metals merchant. Applebaum was most well-known, however, as the founder of the Humanitarian Cult, a progressive organization that worked to end the death penalty and to secure women's right to vote, as well as a number of other social justice causes. The group often held its meetings in the home. Eventually, after spending more than $650,000 of his own money on the organization, Applebaum found himself in serious financial troubles and began a Vaudeville act in 1921 to meet his financial obligations.

By the 1930s, the home was occupied by Beverly West, the sister of famed movie star Mae West. Certainly the more famous sister would have at least visited the home, but anecdotal evidence indicates that she may have lived in the home along with her sister. It's reasonable to assume that the lavishly decorated home would have appealed to the flamboyant actress.

The home changed owners numerous times in the years since Beverly West lived there. At one point, it was divided into apartments even though it was designed to be a single-family home. More recently, plastic surgeon and filmmaker Todd Wider bought the home and completed an extensive renovation to return it to a private residence. The home was put on the market in 2010 for $30 million.