The Grand Hotel Europa is where Nicholas Winton had an office during his rescue mission in Prague. He worked to rescue 669 Jewish children between March and August of 1939.

Grand Hotel Europa- the site for Nicholas Winton's office where he met with parents of Jewish children. 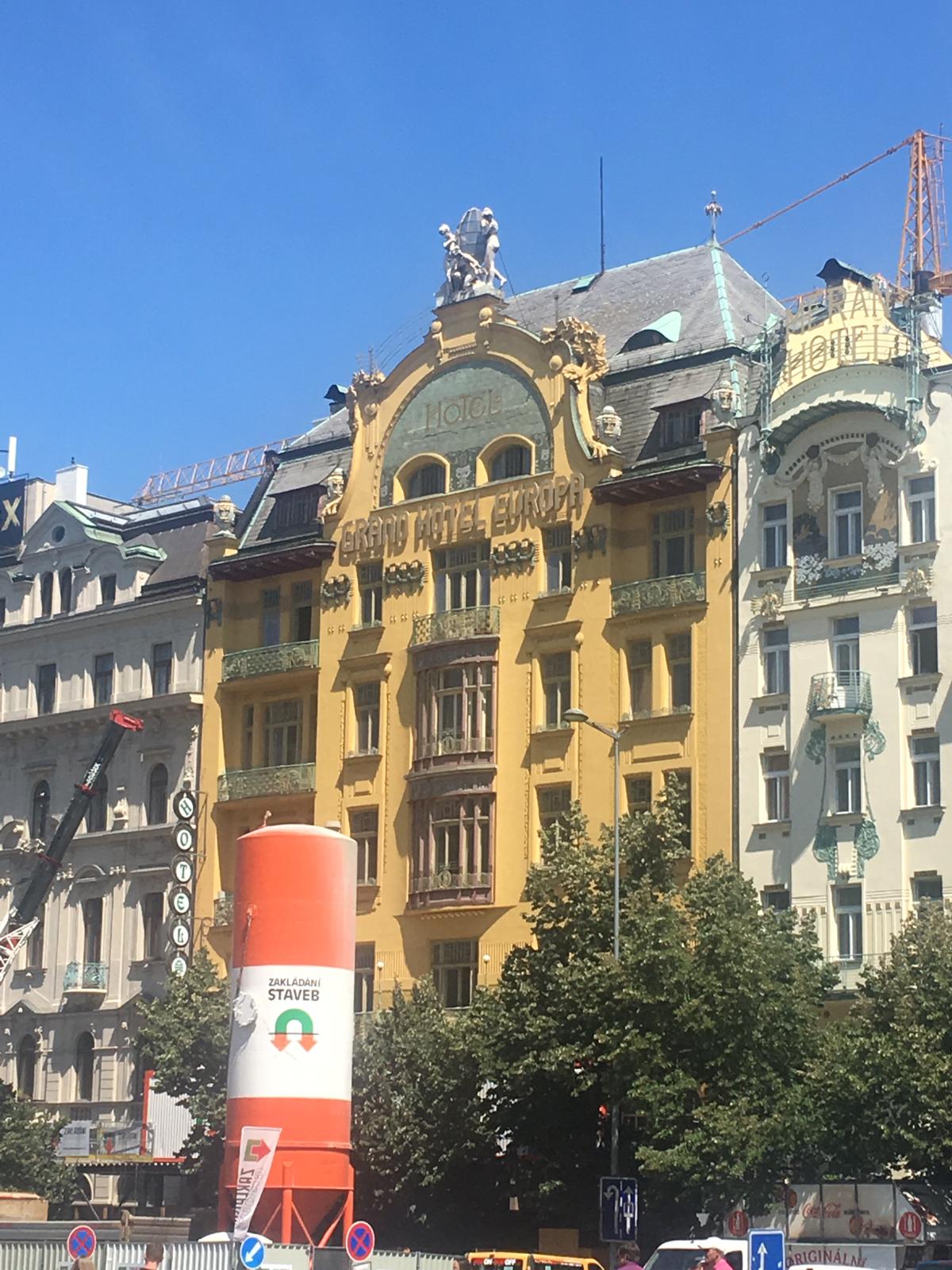 The Grand Hotel Europa, located on Wenceslas Square in Prague, Czech Republic, was the site where Nicholas Winton ran his rescue mission in 1939.

Nicholas Winton was a stockbroker in London, England in 1938.  He heard about the threats to Jews in Nazi-occupied Europe, and was concerned about the anti-Semitism that was already happening.  He and many others were afraid of the possibility of worse events occuring in the future.

In 1938, many countries (32) met in France to discuss the worsening Jewish refugee crisis.  All of these 32 countries tightened their immigration policies and refused to allow more Jews in.  After the violence against Jews, and destruction of Jewish synagogues and businesses, known as Kristallnacht (the Night of Broken Glass), Britain agreed to open its borders to Jewish children.  Britain was open to taking in Jewish children, but there were some stipulations- 1. There had to be a family willing to take in each child that came into the country, and 2. A fee of 50 pounds had to be paid for each child for their return trip home.

Nicholas was supposed to go on a trip skiing in Switzerland in 1938, but instead became involved in the operation to evacuate Jewish children from Prague when his friend Martin Blake asked him to come help in the refugee camps in Prague.  He was appalled by the conditions the Jewish refugees were living in and crafted a plan to help evacuate children from Prague, as he was convinced that the Nazi occupation of Czechoslovakia would be coming soon. Nicholas reached out to many countries he thought would be willing to help; including The United States.  Out of all the countries he contacted, only Sweden and Great Britain agreed to help evacuate children from Czechoslovakia.

Nicholas set up an office in the Grand Hotel Prague, where parents would apply to have their children evacuated to either Sweden or Great Britain.  If parents were unsure about sending children on their own, Nicholas was able to convince them by explaining they were saving their future. Nicholas worked hard in Prague to sign up the children and get them to the train station, to negotiate with countries to allow them passage through their county, and set up families for the children when they arrived in London.  Families from all over volunteered to take in children.

On March 14, 1939 a plane with the first evacuees left Prague by airplane.  After that, 7 more transports left from Prague’s railway station, which traveled through Nazi-occupied Germany, through Holland, and across the English Channel by boat.  The last successful trainload of children left Prague on August 2, 1939. On September 1, 1939, a trainload of children was scheduled to leave, but that was the same day Hitler invaded Poland and all borders controlled by Germany were closed.

Ultimately, Nicholas Winton was able to rescue 669 children.  He kept quiet about his efforts to save Jewish children, and it wasn’t until 1988, when his wife found a scrapbook of all the children’s names and pictures that his story was shared.  Nicholas has been able to reunite with several of the children that he helped rescue from Prague.

How did one Englishman save 669 children from the Holocaust?. BBC iWonder. . Accessed July 05, 2019. http://www.bbc.co.uk/guides/zymfvcw.