Originally constructed as a bank in the 1920s, this building served as the Gestapo headquarters during the occupation in World War 2. The building was sold to the Czech state in 1939 when its owners fled to escape the Nazis, only to be confiscated by those Nazis shortly thereafter. While occupied by the Gestapo, thousands of Czechs were brought in for interrogation (and oftentimes torture) in the basement. 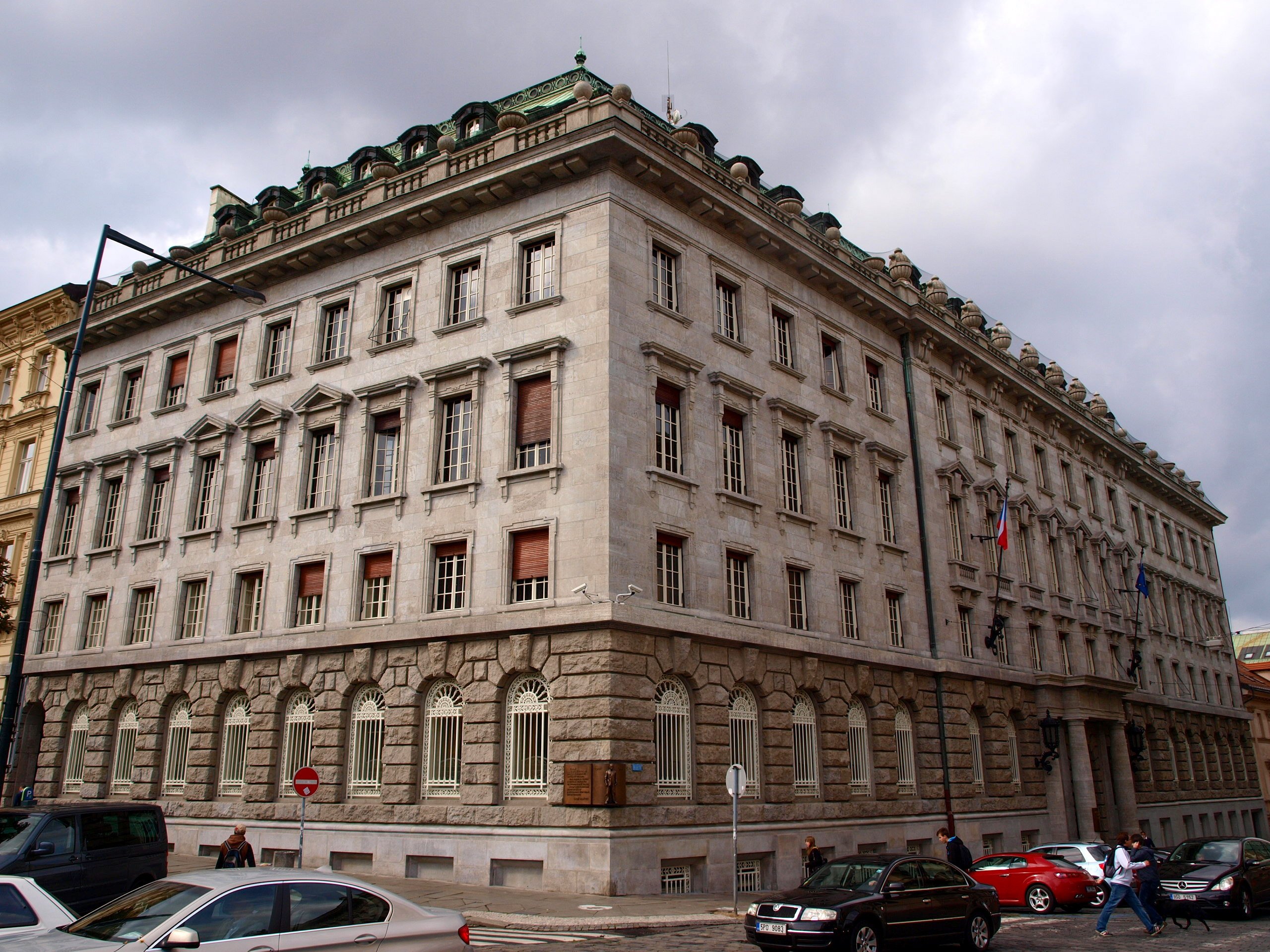 This building was built in the 1920s by a wealthy Polish banker.  The architectural style is neoclassical; however, the building was quite modern.  It was air-conditioned, had a pneumatic tube system, and boasts on of the three still-exiting Paternoster elevators in the city.  In 1938 the Pretschek family fled then-Czechoslovakia and sold the building to the state.

When the Nazi regime took over and Czecholovakia became a "protectorate," the party requisitioned the building and used it as Gestapo headquarters.  This is the building that suspected resistance and political opponents were brought in for questioning.  The basement was used for what we might call "enhanced interrogation" - torture, and many died here.

I find its location a bit ironic, since it sits at the far end of Wenceslas Square in the vicinity where ordinary Czechs organized against the Nazis just before the end of the war.  They actually built a barricade of cars, furniture, and just about anything they could find to hold the Nazis back from being able to access the train station for escape.

Pro-tip on this location.  You can get a better picture if you climb a nearby hill.  But beware that the grass on this (very steep) hill is really slippery.  If you lose your footing, you will s-l-i-d-e all the way down the hill on your butt and possibly right into a parked car.  Just sayin'