Trinity Methodist Church had the same beginnings as many other churches in Harrington. The first services were held in the local school when the church organized in 1880. 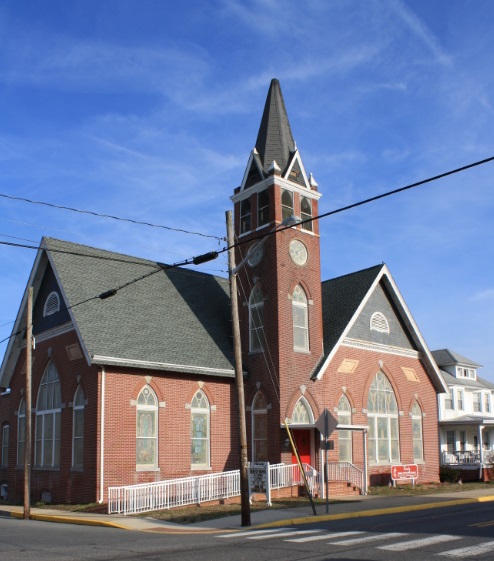 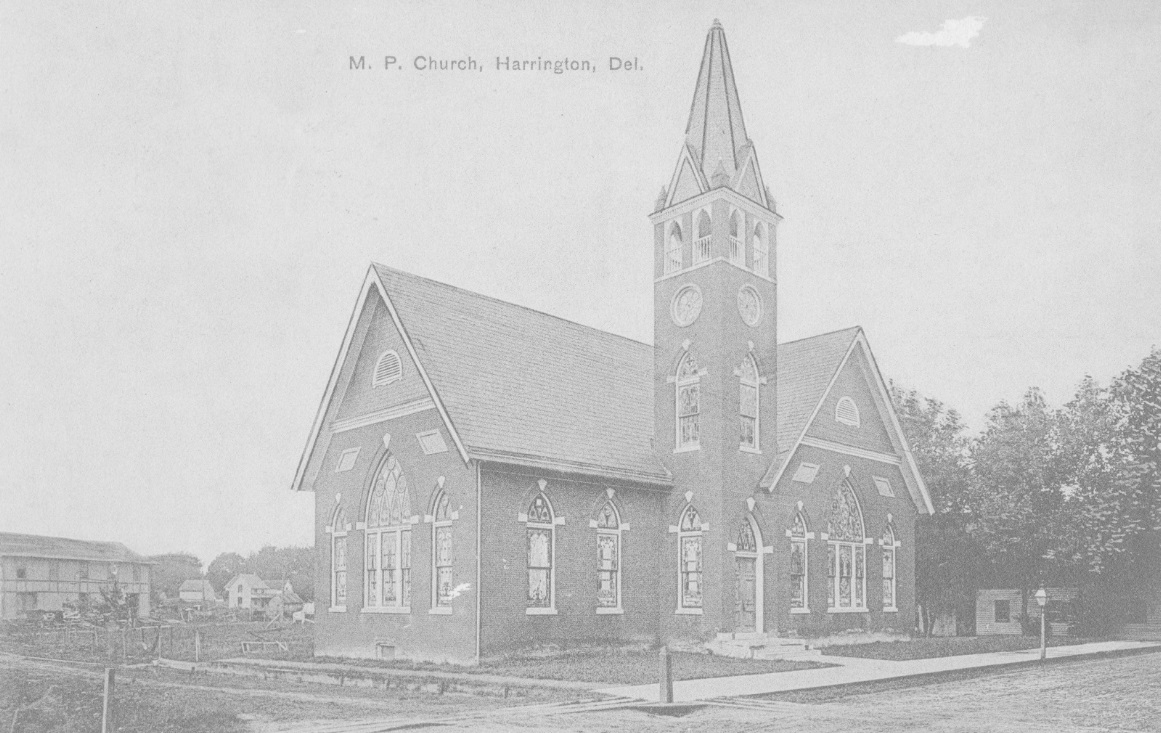 The first Trinity United Methodist church was built on Mechanic Street on land purchased from John Clymer and was dedicated on August 19, 1881. As the town grew, the small church was no longer large enough to hold the growing congregation.

The final addition was the community hall that can be seen in the color photo. Little else has changed inside or out of the original structure.