Marker placed on the site of the Clark Family Cemetery 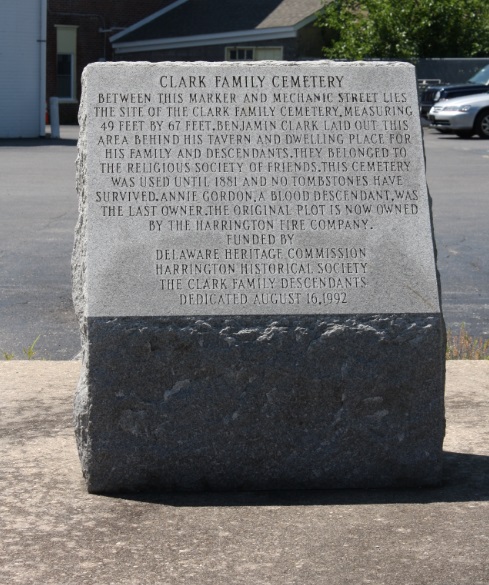 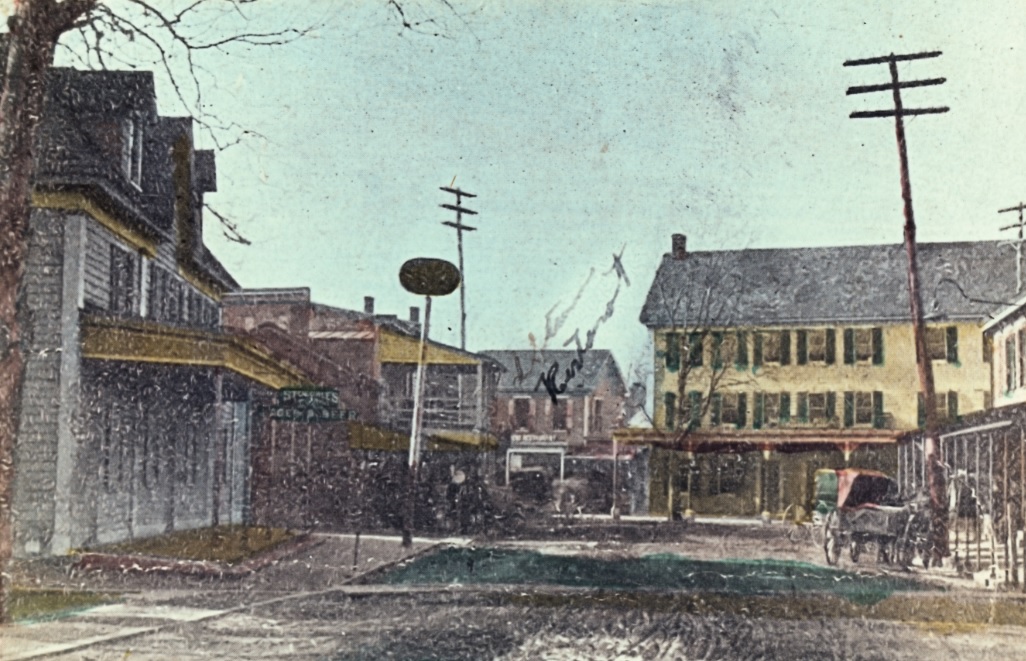 In 1681, William Clark received a land grant for the area that would eventually become Harrington. Clark was given a large portion of the lands known as the Mispillion Hundred, a total land grant that encompassed over 3,000 acres of farm and woodland. William’s son, Thomas, would later own 650 acres in the center of this vast expanse and build his home here in the early 1700s. He named his piece of heaven “Clark’s Folly.” It is from this farmhouse our city was born.

The first business was an inn and tavern, constructed by Benjamin Clark, William’s grandson, in the late 1700s. This building was located a block away from the cemetery location. He renamed the crossroads Clark’s Corner. This location was a major intersection on the stagecoach line linking the ports of Johnnycake Landing, later Frederica, and Milford. With this single building, the stage was set for the city and what would forever be its destiny, where Delaware comes together.

It is estimated there are 15-20 Clark Family members interred at the site. A marker was placed at the site to honor the founder of the town and his family.