Situated at the intersection of Washington Street and U.S. Route 9 in Berkeley Springs, West Virginia, Saint Mark’s Episcopal Church has served as the house of worship for its congregation since the Reconstruction era. While visitors to the area recorded Episcopalian (then Anglican) services as early as the 1760s, it would take the establishment of West Virginia as a separate state and diocese in the Civil War era for local Episcopalians to convince church authorities that the town needed its own parish. The first bishop of the newly created Diocese of West Virginia, George Peterkin, and the parish’s first minister, William T. Leavell, were particularly instrumental in this process, as were the handful of wealthy tourists who helped the congregation reach its financial goals. Through their auspices, the congregation obtained the land where they located their church, constructed by local builder Henry Harrison Hunter in the late-Victorian Stick style (named after the exposed “stick” framework typical of such structures). Through its association with these individuals the history of Saint Mark’s and its establishment serve as a window into the experiences of a community struggling to define itself in the wake of the Civil War. It was a process complicated by the nature of the town as a resort destination and the circumstances of many local Episcopalians as Confederate sympathizers in a largely pro-Union area, tying the fate of the church directly to that of Berkeley Springs as a whole. The congregation continues to this day, and currently holds weekly services at the church on Sundays at 9 AM. 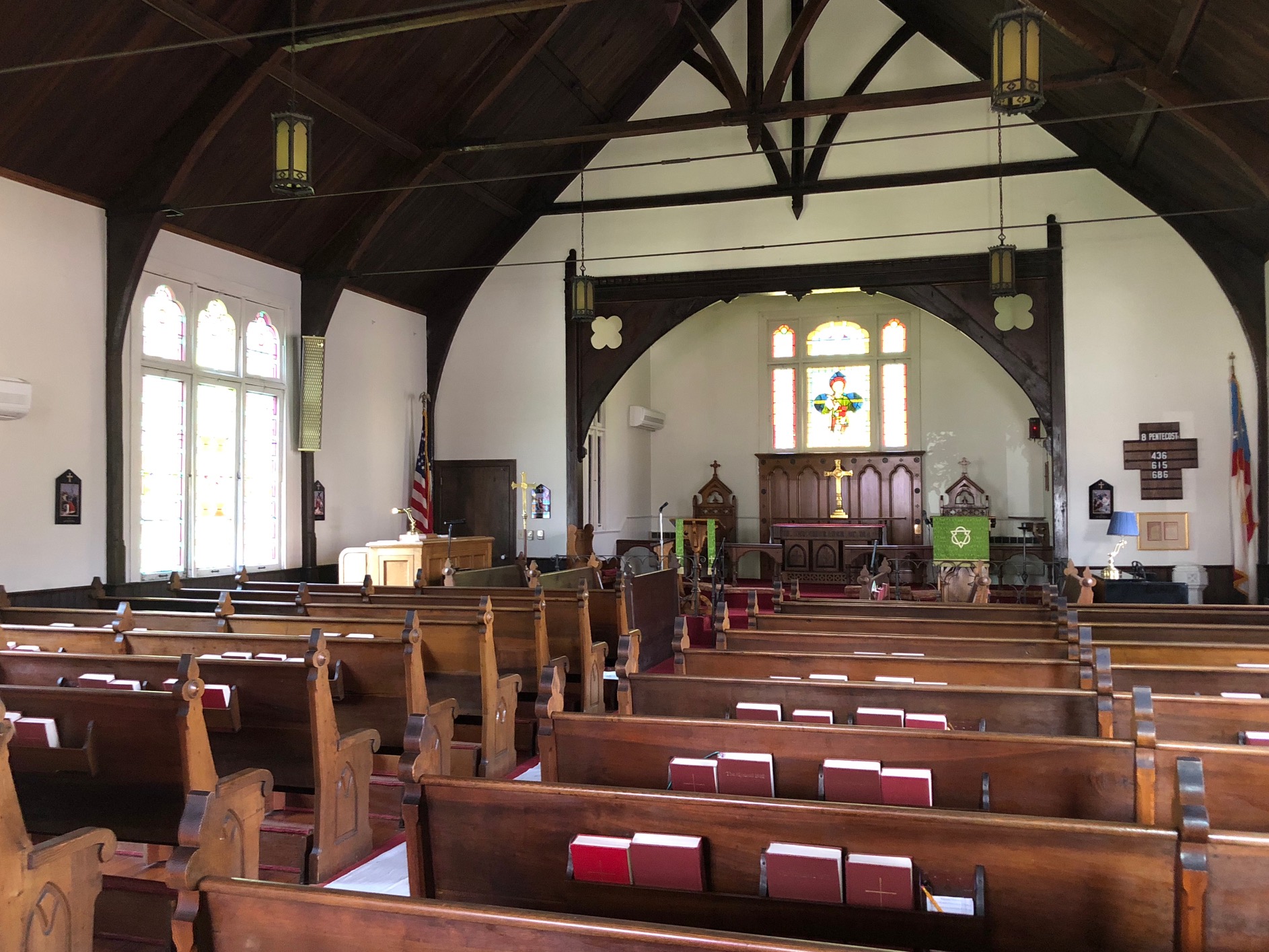 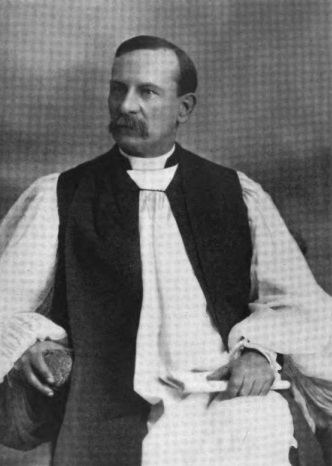 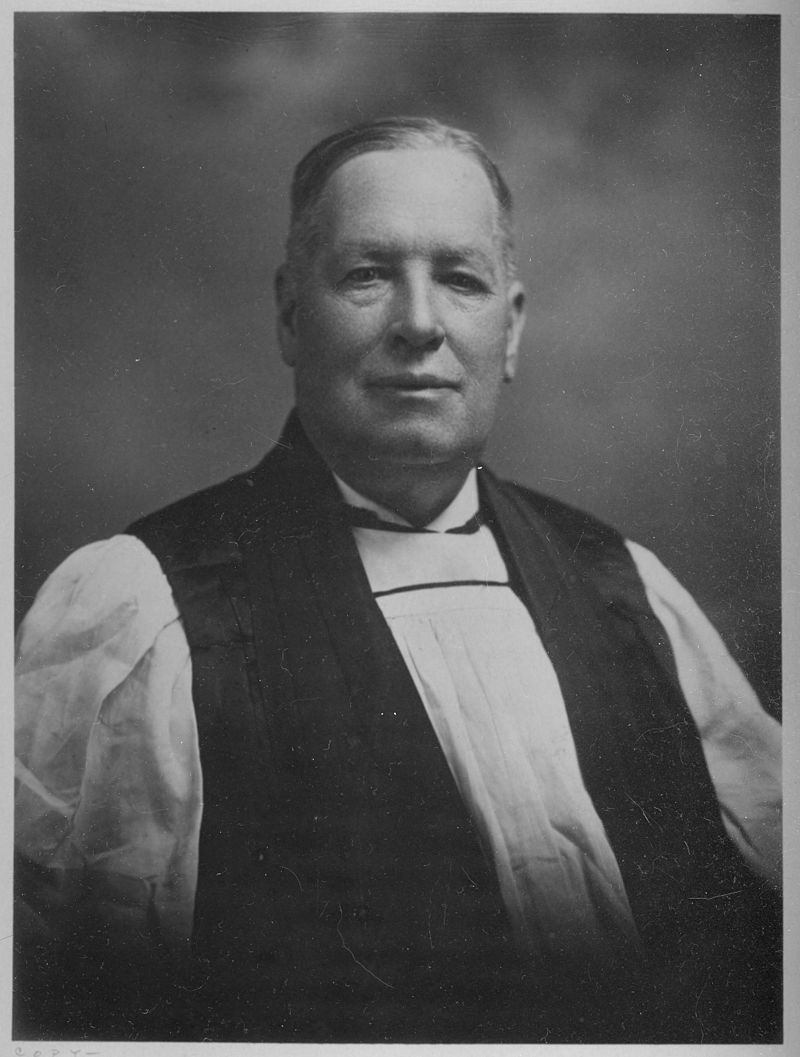 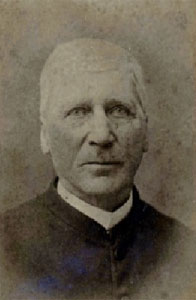 Saint Mark’s Episcopal Church has stood at its current location on Washington Street since 1886, though the process that led to its completion that year began considerably earlier. The first written record of an Anglican service in the area that became Berkeley Springs is from the August 20, 1769 journal entry of George Washington, who had already visited the area a number of times and would later prove instrumental in the town’s foundation. The Anglican community in the area (Episcopalian after the American War for Independence), remained relatively small between then and 1878, the year the newly consecrated Bishop of West Virginia George Peterkin established an official mission there. The Reverend William T. Leavell of Charlestown agreed shortly thereafter to alternate services between Berkeley Springs and the town of Hedgesville twenty miles to the east and held the parish’s first service in the ballroom of the Berkeley Springs Hotel the same year. Bishop Peterkin laid the cornerstone of the church after three years of fundraising in a ceremony in 1881 and held its consecration five years later, inviting Reverend Beverly Dandridge Tucker (later Bishop of the Diocese of Southern Virginia) to deliver the sermon on that occasion. The structure, constructed by local builder Henry Harrison Hunter, has remained largely unchanged since that period, though periodic renovations have updated the building to include modern amenities. The Episcopal congregation of Berkeley Springs continues to hold services there every Sunday at 9 AM.

The history of Saint Mark’s and the Episcopal congregation in the area is deeply rooted in the experiences of Berkeley Springs as a resort town and those of Episcopalians throughout West Virginia and the nation during the American Civil War. The Virginia counties that became West Virginia had advocated for their own diocese on a number of occasions since the 1810s, but it was not until after the state’s official creation in 1863 that their efforts began to gain momentum. Even then, it would take until the end of Reconstruction for the Diocese of West Virginia to separate formally from its former diocese in Virginia. The large majority of Episcopal parishes in Virginia held Confederate sympathies during the war and chose to secede from the national church rather than alienate their predominantly upper class, slaveowning congregations when their state left the Union. When Confederate forces surrendered in 1865 northern church leaders quickly began making overtures to their southern counterparts in favor of a return to the antebellum status quo, overtures that Virginia’s ministers responded to reluctantly until convinced otherwise by their bishop John Johns. From then until the separation of the West Virginia parishes from the Virginia diocese a decade later, the prime focus of Episcopal leaders in both states and across the country was the reintegration of the national church. Because Berkeley Springs’ Episcopal community was and always had been relatively small, dependent in large part upon the presence of visitors who shared its faith, it did not receive much attention from church leaders in Virginia or nationwide. It would take the establishment of the Diocese of West Virginia for that to change, the parishes in that region having leveraged their recent statehood to convince diocesan leaders that the years of inattention from the east could no longer continue.

The diocese’s first bishop, George Peterkin, set out almost immediately to remediate some of the perceived failures of the Diocese of Virginia, among them its supposed inattention to western areas like Berkeley Springs with smaller Episcopal congregations. His efforts to encourage the formation of a parish and construction of a church to serve the town, twenty miles away from his hometown of Clear Spring, Maryland, were among the earliest in a long sequence of such endeavors. By the end of his career as bishop he had consecrated 37 churches and visited every county in the state. Many of the Episcopal congregants in these areas were Confederate veterans or sympathizers and relied on the community provided by their faith to find a place for themselves in a largely pro-Union state. The congregation of Berkeley Springs was no exception, and nearly all of the individuals involved in its successful bid for a parish and church after Reconstruction had served in the Confederate military or expressed Confederate sympathies. Peterkin himself joined the 21st Virginia Infantry in Richmond shortly after the war began and went on to serve on the staff of Confederate artillery general William N. Pendleton, while the minister he chose to deliver the sermon at Saint Mark’s 1886 consecration (Beverly Dandridge Tucker) served under the same commander in the 13th Virginia Light Artillery Battalion. The church’s builder (Henry Harrison Hunter), like Peterkin and Tucker, also served in the Confederacy’s Army of Northern Virginia, though as a spy and scout rather than as an artilleryman.

The only exception among the most prominent figures associated with the church’s foundation was its first minister, William T. Leavell. Prior to the war, Leavell ministered frequently to slaves in Westover Parish, Charles City County, Virginia, keeping a record book that has since become an invaluable resource on the spiritual lives of slaves in that area. Rather than serve in any military capacity during the war itself, he continued his ministerial work as the rector of Wickliffe Parish, an area that encompasses the easternmost border between what is now Clarke County, Virginia and Jefferson County, West Virginia. Because Federal troops routinely occupied that area throughout the war and considered the Episcopal Church the core of faith-based secessionism in Virginia, Leavell had ample opportunity to develop his skills as the leader of a Confederate congregation in Union territory. According to his journals during the war, for example, Leavell chose to retain the “Prayer for the President of the United States” in the Wickliffe Parish prayer books but verbally substitute the word “Confederate” for “United” in his services. The choice, while placing him at personal risk, allowed Leavell to continue preaching under Federal occupation while many of his compatriots across the state (who had altered the text of their prayer books after Virginia’s secession) had their churches closed upon an inspection of their religious texts by Union troops. When the Confederacy surrendered in 1865, Leavell supported the national reunification of the Episcopal Church so that the larger organization’s influence and resources might be brought to bear in the fight to rehabilitate war-torn Virginia. Later, when he became the rector of Saint Mark’s, Leavell continued to prioritize the needs of his flock over his own, contributing his expense pay to the church’s construction fund. It was primarily through these donations, in combination with a much larger one from Philadelphia tourist Moro Phillips, that the congregation was able to purchase the lot on Washington Street and begin construction on Saint Mark’s.

While the involvement of individuals like George Peterkin, Beverly Dandridge Tucker, and Henry Harrison Hunter in the establishment of Saint Mark’s reflects the complex nature of Episcopal loyalties during the Civil War, Leavell’s serves as a window into the experiences of reintegration afterwards. After the church’s completion in 1886, Leavell continued to guide the Episcopal congregation of Berkeley Springs through the troubled waters of post-Reconstruction West Virginia for a full decade (when Reverend Charles C. Pearson took his place). The period was among the most unsettled in the area’s history, characterized in large part by municipal inaction in the face of widespread vigilantism. Morgan County’s vigilantes – like many such groups – typically targeted local African Americans, passing vagrants, and residents with established ties to the former Confederacy. As the members of a religious denomination with strong connections to the southern rebellion both as sympathizers and soldiers, the congregation of Saint Mark’s no doubt lived in fear of Unionist retribution throughout the era. Through Leavell’s ministrations, however, the town’s Episcopalians were able to maintain the operation of their church until the frequency of such activities began to taper off at the turn of the twentieth century. From then until the present day, the size of Saint Mark’s congregation has remained relatively stable. It currently holds services at the church every Sunday at 9 AM.

Open for regular worship on Sundays at 9 AM