Added to the National Register of Historic Places in 1974, Bonne Terre Mine was a highly productive lead mine operated by the St. Joseph Lead Company (later known as St. Joe Minerals Corporation). The mine operated from 1864 to 1962 and was closed because all of the ore that was economical to extract using the mining techniques of that era had been removed. By the time the mine closed, it had produced a total of 35 million tons of lead. In addition to the mine, the company also operated a number of farms and stores in the vicinity of Bonne Terre to provide food and goods to the miners. Today, the large mine is filled with water that has seeped in forming the world's largest subterranean lake. As such, the mine has become a major scuba diving destination. For those not interested in diving, boat and walking tours are offered as well.

The mine features the largest subterranean lake in the world.

Divers can see old mining equipment throughout the mine. 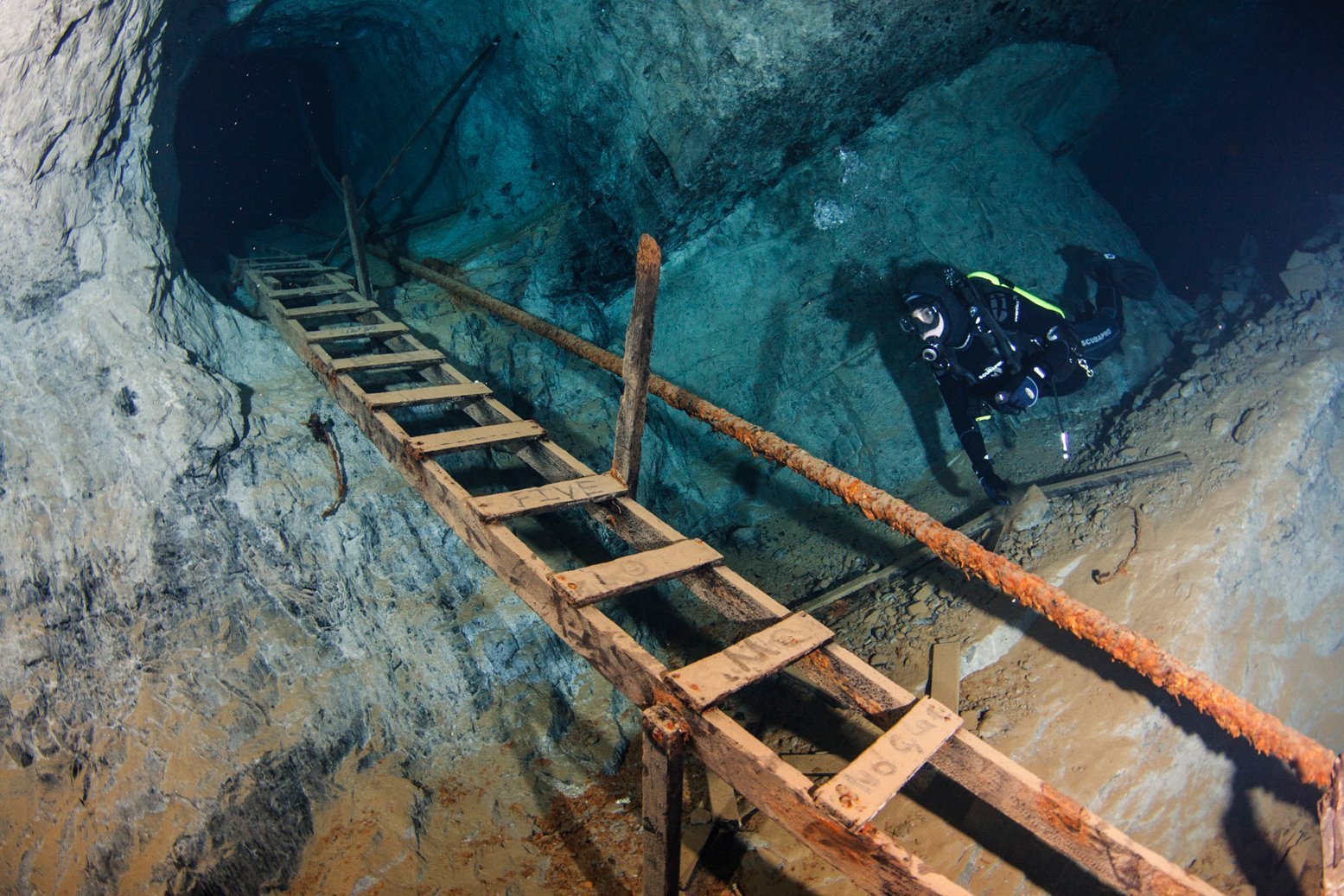 The mine offers scuba diving equipment. Diving tours are led by experienced divers. 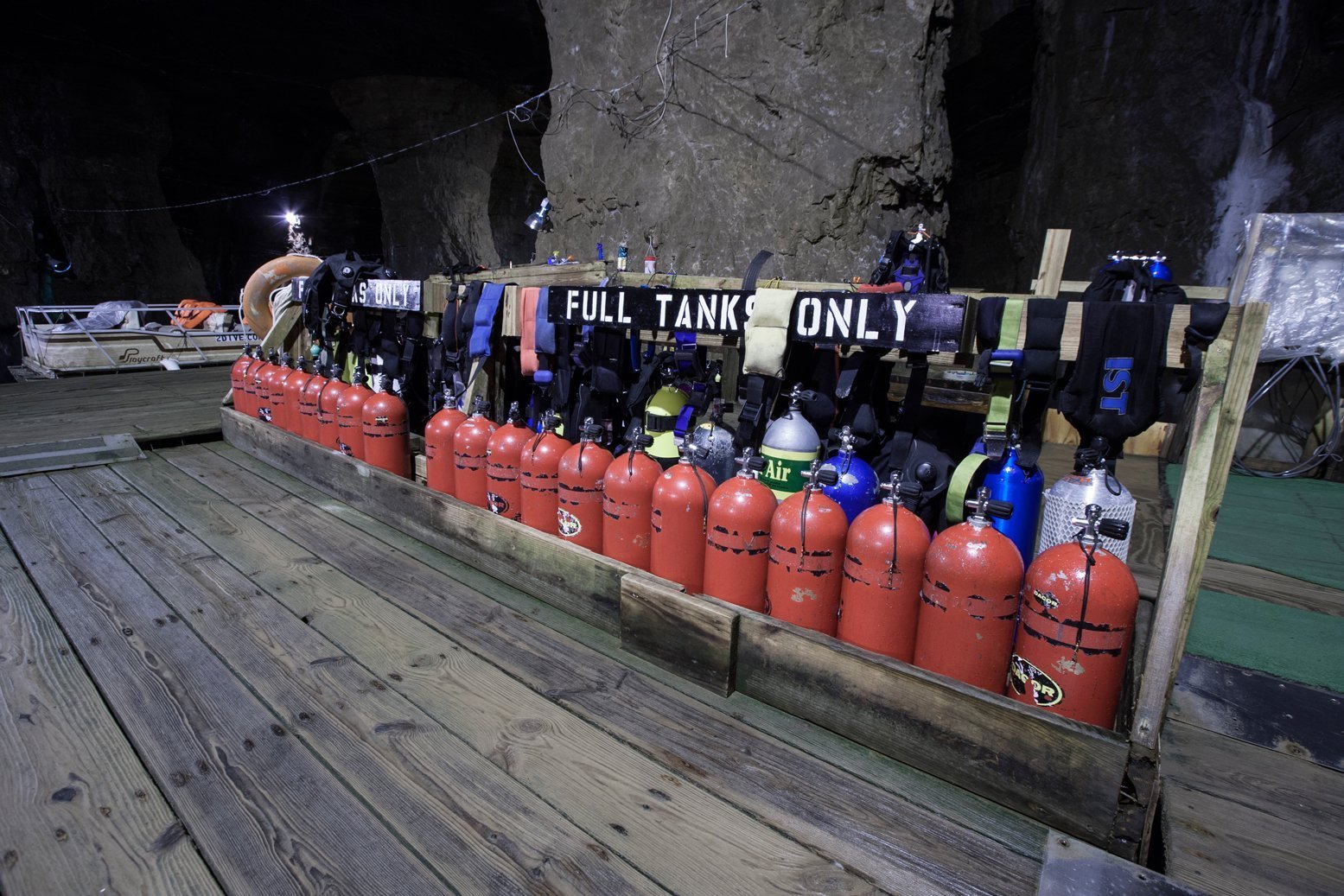 The Bonne Terre Mine offers world-class scuba diving as well as walking and boat tours. 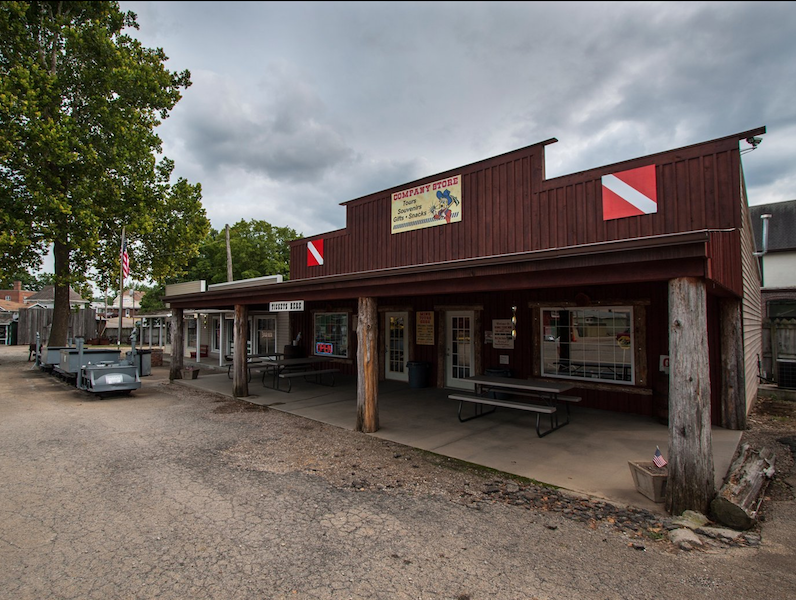 The St. Joseph Lead Company was established on March 25, 1864 by a group of investors who, incidentally, knew very little about mining. They bought a large property in Bonne Terre (946 acres) from a local resident, Anthony LaGrave. The first few years were difficult; the work was backbreaking and slow. Nevertheless, workers were able to extract enough lead to keep the mine going. During these early years, the miners worked above ground.

However, once they discovered that better quality lead could be found by sloping downward, the company decided to start working underground. The company also acquired a diamond drill in 1869 which sped up production. Improvements smelting furnaces increased production even further. As more ore was extracted, it was apparent to the company that getting it to market faster was imperative (up to that point ore was transported by wagons). As a result, the company built a railroad line to the train station in the town of Summit to connect with the St. Louis, Iron Mountain and Southern Railway.

In the coming years, the company bought more land and built additional furnaces. In 1887, the company built its own rail line to the town of Herculaneum, which is located south of St. Louis along the Mississippi River. A large smelter was built there as well. During the 1890s, the company merged with other mining companies. Despite increased competition, the company thrived in the coming decades, growing bigger by buying more property and modernizing production. It even started mines in Peru and Argentina. The company played an important role in providing lead for the American military during World War I and II. By 1962, however, the Bonne Terre Mine was depleted and was closed. During the peak of its operation between 1870 and 1943, the mine produced $300 million dollars worth of lead.  The company continued to operate in the 1970s before it was acquired by another company in the early 1980s.