The outside of the Final Stands Interpretive Center 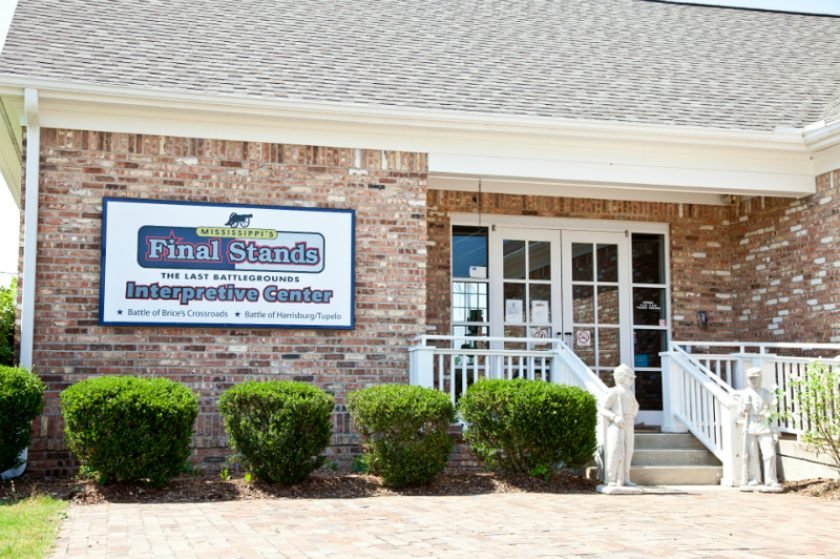 One of the exhibits inside the center 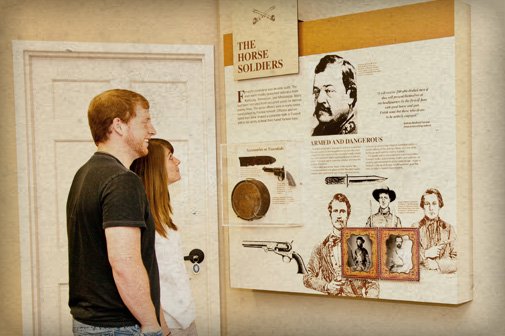 The center aims to provide visitors with a complete look at the Civil War and features a timeline of events, a memorial and remembrance wall, and several army definitions that help visitors understand the descriptions of the battles. On a more local level, the center also focuses heavily on Mississippi's place in the Civil War. The complete stories of the Brice's Crossroads and the Harrisburg/Old Town Creek battles are present at the center, giving visitors a detailed look at the Civil War history of the area.

The two battles fought in Mississippi during the summer of 1864 were part of the Atlanta campaign. They came as a result of the Union military plan known as the March to the Sea. This plan, in which the Union troops would bisect the south all the way to the sea and conquer Atlanta on the way, was dependent upon the use of railroads that carried food and ammunition from Tennessee to Atlanta. The goal of the Union troops during the Battle of Brice's Crossroads was to prevent Confederate interference with this rail line. Although the Confederates were victorious in the battle, they were unable to interrupt the Union railroad supply line. Later in the summer, the Confederates were not successful at the Battle of Harrisburg/Old Town Creek. This allowed the Union to continue use of the shipping line into Atlanta.