The Centre for French Colonial Life is a museum dedicated to preserving and promoting the history of French and French Creole culture in the Upper Mississippi River Valley. It is consists of an exhibit and education building and five historic late-18th and early 19th-century historic buildings: the Francois Valle II House, the Bolduc-LeMeilleur House, the Beauvais Linden House, the Jean-Baptiste Valle House, and the Louis Bolduc House, which is a National Historic Landmark. The museum campus is owned by the National Society of the Colonial Dames of America and operated by a non-profit organization called French Colonial America (NSCDA). The education building features exhibit space for temporary exhibits, offices, and a lecture hall. The museum also offers guided tours, school programs, and living history events and demonstrations.

The Centre for French Colonial Life was established in 1949 and is dedicated to preserving the rich history of French culture in the region. 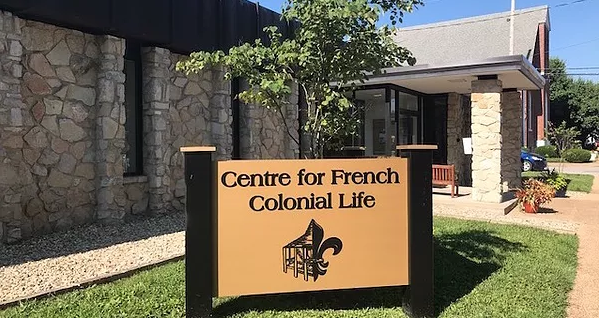 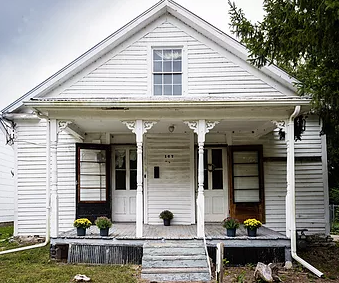 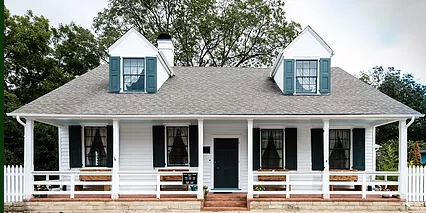 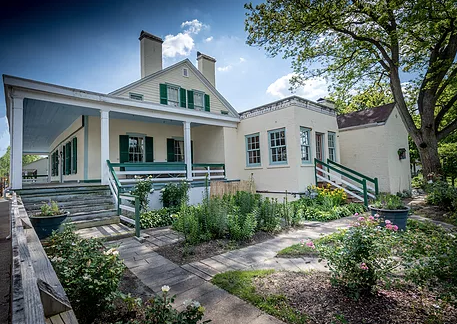 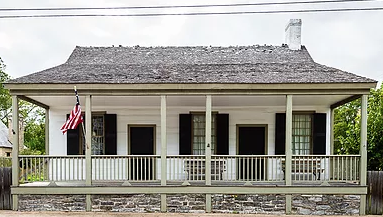 Museum History
The museum was founded in 1959 when the Louis Bolduc House was opened as a museum by the Missouri chapter of the NSCDA. During the coming decades, the chapter bought the other historic buildings. The education center, a former bank, opened in 2016.

Louis Bolduc House
Louis Bolduc House built the house in the late 1780s and expanded in 1793. It is a well-preserved and rare example of early French colonial architecture characterized by vertical log construction, which is commonly referred to as "post-on-sill." The walls were strengthened with horizontal diagonal timbers and then covered with a mixture of mud, straw, and horsehair and then whitewashed. Bolduc was born in Canada in 1734 and eventually made his way to Ste. Genevieve where he was a successful merchant and trader. The house remained in the family until 1949 the NSCDA acquired it.

Bolduc-LeMeilleur House
This historic house was built around 1820 by René and Agatha LeMeilleur (Bolduc was Agatha's maiden name). Unlike the Louis Bolduc House, this home was constructed in the frame style and was furnished with items reflecting the changes of the period. The house was later used as a convent and then a hotel (a second story was added to accommodate guests but it was torn down to restore the building to its early 1880s appearance). Visitors to the house will period furnishings and changing exhibits.

Beauvais Linden House
The original part of this house was built around 1820 in the vertical log style. It was expanded over time. The offices and archives of the Centre for French Colonial Life were located here until 2018 when these moved to the current education center. Now, the building is used as a hands-on history house.

Jean-Baptiste Valle House
The original portion of this house, built in the vertical log construction, dates back to 1794. It was expanded in 1850 and the early 1900s. It is named for its most notable owner, Jean-Baptiste Valle, who was the brother of Francois and the last commandant (a military officer; in this case, Valle was in charge of the town when Missouri was still owned by Spain) of Ste. Genevieve. The house is now where the office of the Centre's Executive Director is located. It also contains a research library.