When this building was completed in 1952, it was one of the first glass-walled skyscrapers built in what would eventually be known as the International Style of office building architecture. The building is known as the Lever House owing to its origins as the headquarters of Lever Brothers Company, one of the world's largest manufacturers of soap. Although the building's design was both novel and somewhat controversial at the time of its construction, the Lever Building served as a model and inspiration for many other glass curtain buildings in cities around the world. The Lever Building is listed on the National Register of Historic Places. 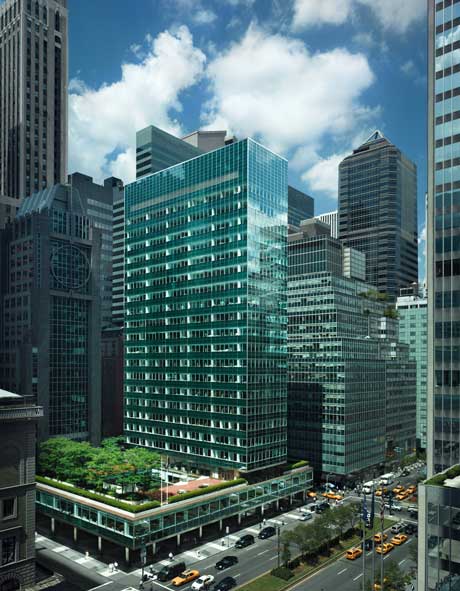 Base of the Lever Buildng 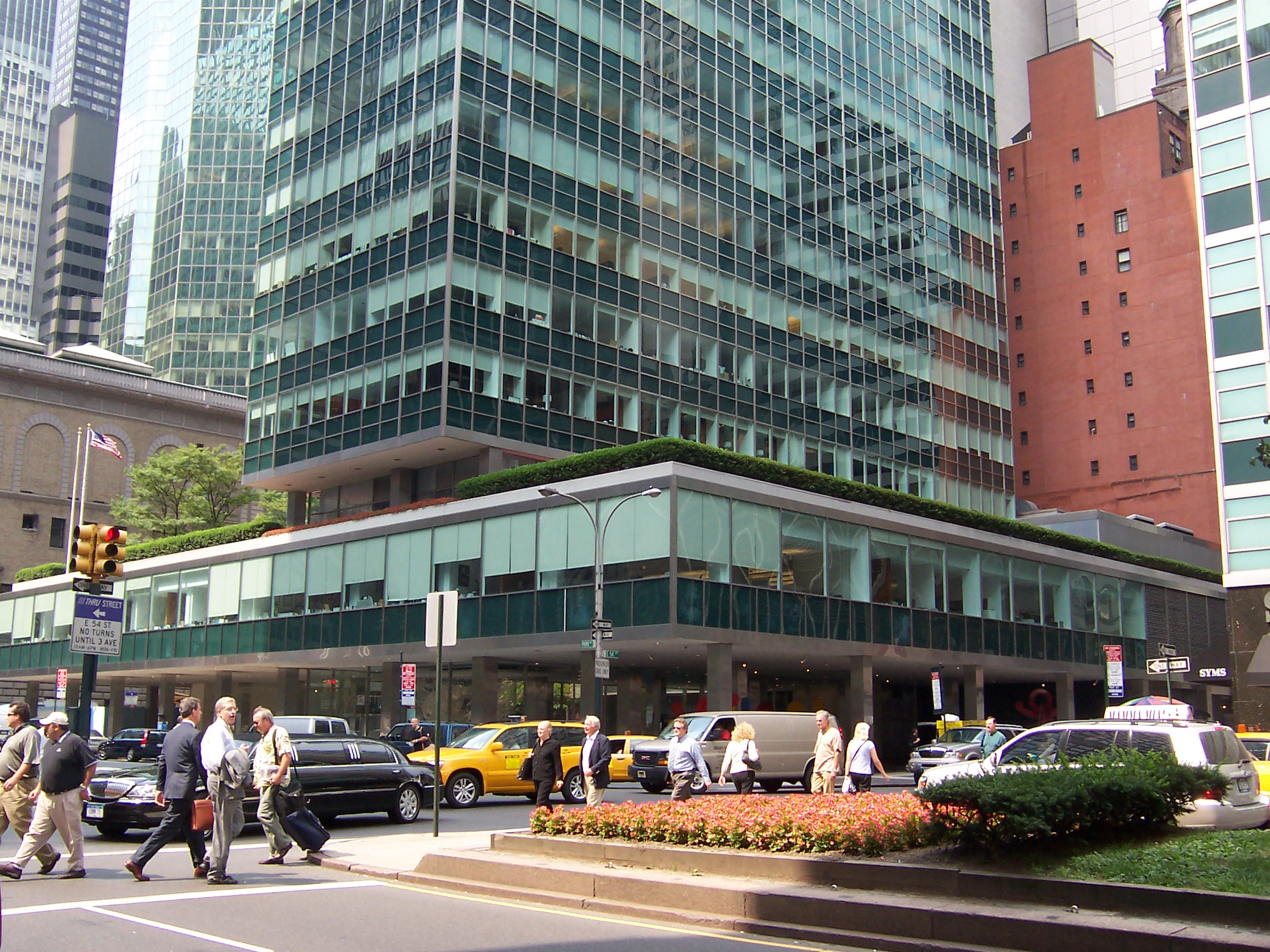 Lever House, one of the most architecturally influential skyscrapers in Manhattan, was built between 1951 and 1952. The building initially served as the US headquarters for the British Lever Brothers Company, one of the world's largest manufacturers of soaps and detergents. The company's new president at that time, Jervis J. Babb, had an interest in architecture and would eventually go on to have a career in building design.

The architectural firm of Skidmore, Owings, & Merrill was commissioned to design the headquarters. The job was given to the firm's principal New York designer, Gordon  Bunshaft, who was a devotee of the International  Style. The design of the building was not coincidental; the corporate heads of Lever wanted a design that suggested cleanliness. Thus, the building's sparkling green-tinted glass and clean lines.

The innovative building was designed as a slab with its narrow edge facing the street. The building is completely sealed without functioning windows, which allows less dirt from the streets to get into the building than traditional construction. The glass that makes up the building's facade was also heat-resistant, reducing the costs of heating the building. At the time of its construction, Lever House was the only glass-walled structure along Park Avenue.

The building attracted immediate attention at its completion. Much of the press surrounding the Lever building was positive, noting its innovative design. Some observers correctly noted that the building would likely mark the beginning of a new architectural age. Not everyone praised the new building, however. Tucked among the traditional masonry structures, the new building was too much of a departure to suit everyone. Frank Lloyd Wright was among the most vocal of the building's critics.

Over the years, some of the original green-tinted glass has had to be replaced and some of the replacement panels are of a different shade, giving the building a patchwork look. But as its designers intended, it retains its squeaky clean appearance. The building underwent an extensive renovation in 1998. It is a New York City Landmark and is also listed on the National Register of Historic Places.

The Lever House. A View on Cities. . Accessed June 23, 2019. http://www.aviewoncities.com/nyc/leverhouse.htm.