The Anheuser Estate & Museum is a historic site 25 miles south of St. Louis. It is named after the famous Anheuser family, which bought it in 1916 for use as a summerhouse. The 23-acre estate features the house built in 1867, horse stables, designated areas for horseriding, and a wedding gazebo. Inside the house, visitors will see family and brewery artifacts and memorabilia on display including family heirlooms, antiques, and portraits.

The house was built in 1867 and became forever associated with the Anheuser family in 1916. 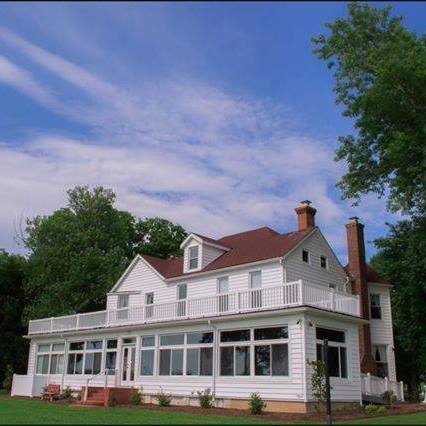 The estate was purchased in 1916 by W. Fred Anheuser, whose father, Eberhard Anheuser, founded E. Anheuser Brewing Company which grew to become the world-famous Anheuser-Busch Company, the maker of Budweiser beer. In 1945, W. Fred Anheuser gifted the estate to his son Fred S. Anheuser and wife Mabel, who was a skilled horse rider. They named it Fredmar Farms. Mabel was the last of the family to live at the estate, passing away in 2000. She bequeathed it to the city and donated funds for its upkeep.

"About the Museum and Estate." City of Kimmswick. Accessed June 23, 2019.  http://cityofkimmswick.org/community/anheuser-estate.

Open every Thursday noon to 4pm, for walk-ins, including groups and individuals. Saturdays are by appointment only (April through November).