Sloan Canyon is a National Conservation Area west of Boulder City administered by the Bureau of Land Management. Covering 48,000 acres, it includes the Sloan Canyon Petroglyph Site with rock art dating back thousands of years, listed on the National Register of Historic Places in 1978. 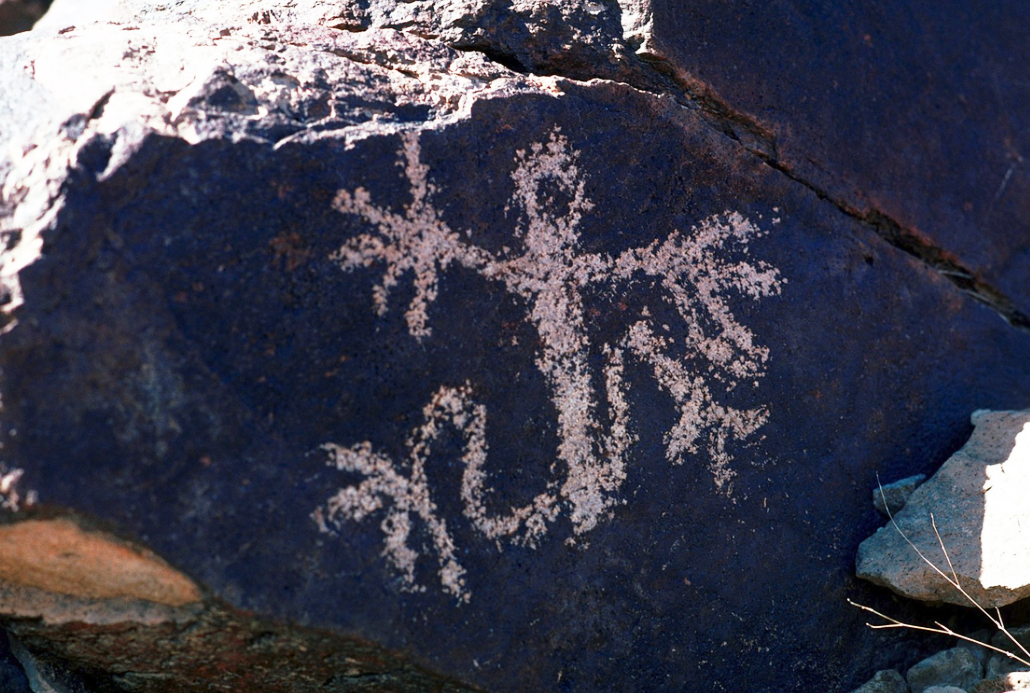 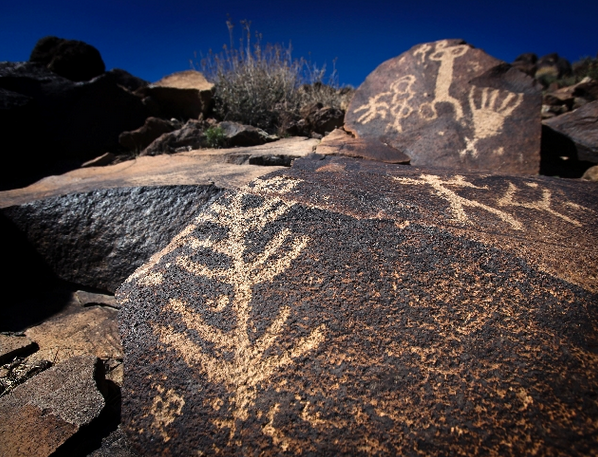 The black rock of Sloan Canyon is evidence of volcanic activity 13 million years ago. The black volcanic rock was the perfect canvas. There are 318 petroglyph, or rock art panels and 1,700 individual design elements documented in Sloan Canyon, created by the first Nevadans thousands of years ago. It is considered one of the most significant cultural resources in Southern Nevada.

In 2006, the Bureau of Land Management asked the Nevada Rock Art Foundation to document the Sloan Canyon petroglyphs. The surveys indicate Sloan Canyon includes history from the Middle Archaic, Late Archaic, Puebloan, and Late Prehistoric periods. The majority of the rock art is abstract, with about twenty percent being figurative, such as rock art of big horn sheep.
The Sloan Canyon Petroglyph Canyon Trailhead is on the north edge of the National Conservation Area, south of Henderson. Nawghaw Poa Road is off Democracy Drive and is open when the visitor contact station is open. The trail follows Sloan Canyon Wash for about 2 miles to Petroglyph Canyon, with a round trip hike about 3.7 miles.
There are some rules for those not familiar with hiking in the Mojave Desert or in a National Conservation Area. Off road vehicles, camping, shooting, and pets are not allowed in this protected wilderness. Bicycles are not permitted on the Sloan Canyon trails.There is no cell phone signal in the canyons. If rain is in the forecast, reschedule your hike as the trails are mostly in a natural desert wash and flash flood area.

Hiking and horseback riding are allowed and this is the best way to see this unique ecosystem and heritage site. Remember it can get hot in the Mojave Desert! Bring water. Stay on the trails and roads, and leave the rest of the desert to the rattlesnakes. Help protect this ancient Nevada heritage site by leaving only your footprints.