Dedicated in 2017 at Tupelo's Veterans Memorial Park, this replica of the Vietnam Memorial at the National Mall honors the 58,318 veterans known to have been killed or missing during the Vietnam War. The names of the veterans are inscribed on a 300’ Black granite wall within the park. While traveling replicas of Washington D.C.'s memorial have toured the nation, this is the first granite replica and is sixty percent of the size of the original. The state of Mississippi allocated $750,000 for the project while local residents and the City of Tupelo raised the remaining funds for the project's completion.

The Vietnam Memorial Replica Wall in Tupelo was dedicated in 2017 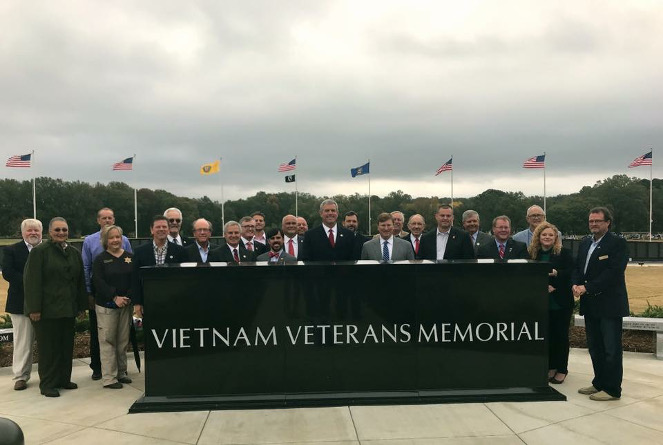 A veteran visiting the replica wall in Tupelo on the day it was dedicated. 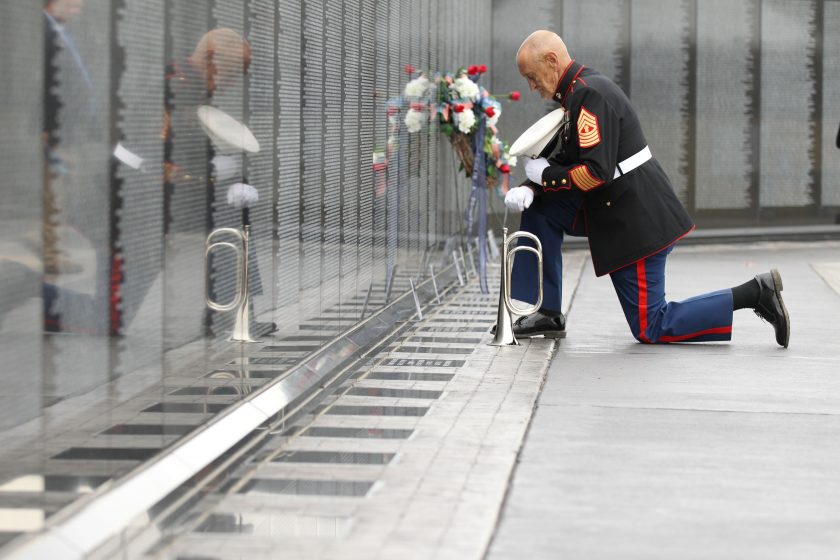 The decision of Mississippi and Tupelo residents to fund the construction of the wall demonstrates the way that public perception of memorials and monuments can change over time. In the early 1980s, the initial design for the monument at the National Mall received criticism from leading conservative politicians who hoped to create a memorial that was similar to other war monuments. Some politicians and commentators even attacked the designer, 21-year old student May Lin, because she was the daughter of Chinese immigrants. By the time of the monument's dedication, however, most Americans approved of the monument's design and were moved to see the reflections of the living in the Black granite wall as they reflected upon the names of the dead.

Tupelo's Vietnam War Replica Wall was created with the same intent of honoring and remembering veterans of the Vietnam War. Inscribed with the names of those who were killed or went missing during the war, the wall stands as a reminder of the sacrifices many soldiers made in the name of the United States. The wall is a replica of the Vietnam Veterans Memorial wall located in Washington, D.C. The wall in Tupelo is 60 percent of the size of the original wall.

As of Memorial Day 2017, there were 58,318 veterans known to have been killed or gone missing during the Vietnam War. The Vietnam Memorial Replica Wall contains every name, even at its reduced size. The idea and preparations for the wall began in 2011, when Janie Alexander and Barbara Rushing approached the City of Tupelo with the idea for the replica wall in Veterans Memorial Park. Alexander and Rushing were the leaders of a small committee that proceeded to raise funds for the wall after the idea was approved. With combined funds from the committee and the City of Tupelo, the wall was able to be completed along with the parking lot and the infrastructure surrounding the memorial.

There have been many small scale replica walls that have traveled the United States in the past. However, these traveling walls were never able to capture the full experience of the memorial wall in Washington, D.C. The Vietnam Memorial Replica Wall in Tupelo was designed to be more of a full replica for this purpose. John Rowan, the president of the Vietnam Veterans of America, has been to the Tupelo replica wall. Rowan stated that wall in Tupelo was the first full replica he had seen.