Situated prominently in Frontier Park along the Missouri River, this monument commemorates the Lewis & Clark Expedition (1804-1806), which was tasked with exploring the newly acquired Louisiana Territory—purchased from France in 1803—and finding a route to the Pacific Ocean. The 15-foot-tall statue depicts the famous explorers William Clark, Meriwether Lewis, and Clark's dog, Seaman, who accompanied them on the journey. The monument is located in St. Charles because the town was where Lewis and Clark made their final preparations between May 16-21. This was not where the expedition officially started; that recognition belongs to Camp Dubois, which was near Wood River, Illinois. The statue was created by artist Pat Kennedy and dedicated on May 18, 2003. Just to the south is the Lewis & Clark Boathouse museum.

The statue is easily visited in Frontier Park. 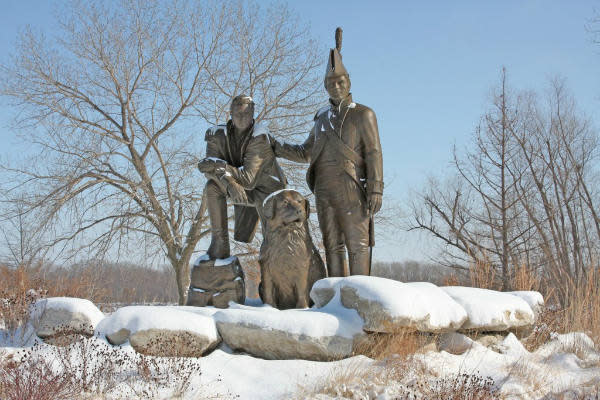