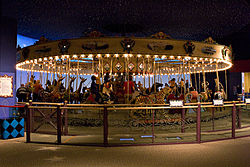 A row of giraffes was always part of one of Dentzel's carousels, as they were his favorite animal. 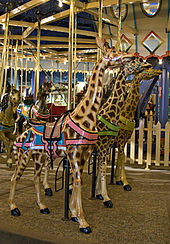 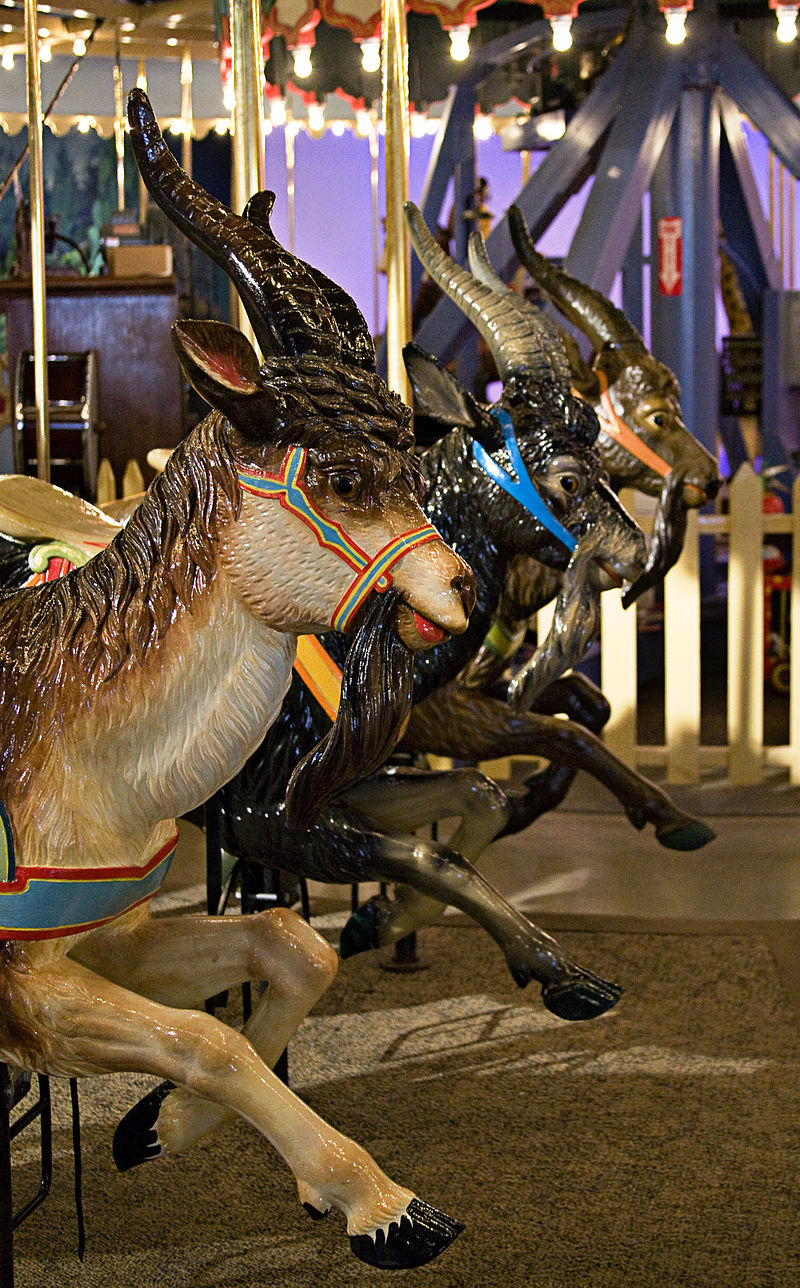 The carousel as seen in this circa 1906 postcard 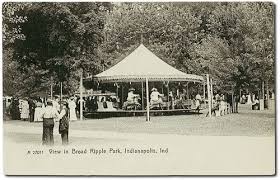 Carousel and park in the 1930s 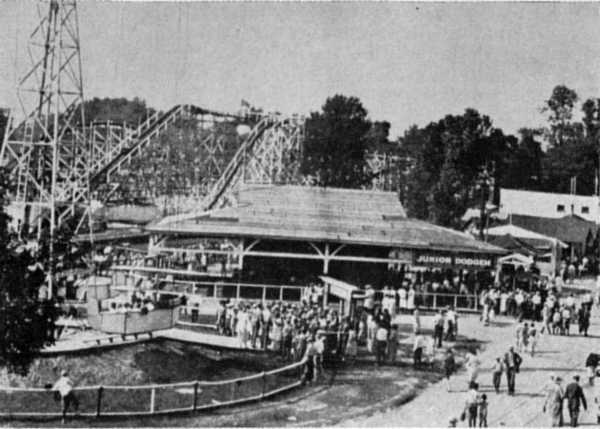 Broad Ripple Park Carousel is an antique carousel held in The Children's Museum of Indianapolis. The restored carousel consists of 42 animals including horses, goats, giraffes, deer, a lion, and a tiger 1. When first constructed the carousel was a shining piece of the amuseument park which held the structure of animals propelled by the mechanism built by Mangels-Illions, a carousel manufacturer of Brooklyn, New York 1. First built in 1917 the carousel was located in this singular amuseument park, where it remained until 1956 2. As time passed the building enclosing the carousel had collapsed which in force destroyed the mechanics of the carousel.

Once the carousel was removed from the building the animals had remained barely harmed so the remains were placed into a storage area. Carved by the Gustav Dentzel carousel company and assembled by the William F. Mangels carousel company the remains of the carousel were preserved for later purpose. As years passed the carousel pieces were collected by The Children's Museum of Indianapolis as they had acquired some of the animals from the carousel in 1956 and then eventually collected all of the animals that remained in 1973. The museum planned to sell some in order to finance the restoration of others until convinced otherwise by carousel enthusiasts. With convinced restoration the work began in 1966 and was completed in 1977 1.

The museum not only managed to restore all of the animals but also create new mechanics to make a full restoration. The restored carousel measures 42 feet wide and has a total of 42 restored animals 3. It was designated as a National Historic Landmark in 1987. Located at The Children's Museum of Indianapolis the carousel may be viewed from Tuesdays to Fridays, 10 a.m. to 5 p.m. Rides may be taken upon the carousel free for members and $1 for non-members .

Vanderstel, David & Zeigler, Carol (1992). In Pursuit of Leisure Time: The Development and Role of Amusement Parks in Indianapolis: 1880s – 1970. Indianapolis, IN: Encyclopedia of Indianapolis.