Constructed in 1856, this building is the oldest extant government office building in Austin. The structure was designed by German architect Conrad C. Stremme, a member of the Royal Hannoverian Commission on Public Buildings who was educated at the University of Giessen in Germany. The decision to select this architect and the German-inspired building design is a reflection of the many German immigrants who arrived in Texas during the mid-19th century. The building also stands as a reminder of the unique nature of Texas' annexation into the United States. This building served as the state's land office until 1917 and was home to a museum from 1919 until 1989. Following renovation in the early 1990s, the building became home to exhibits related to the state of Texas and its capital. 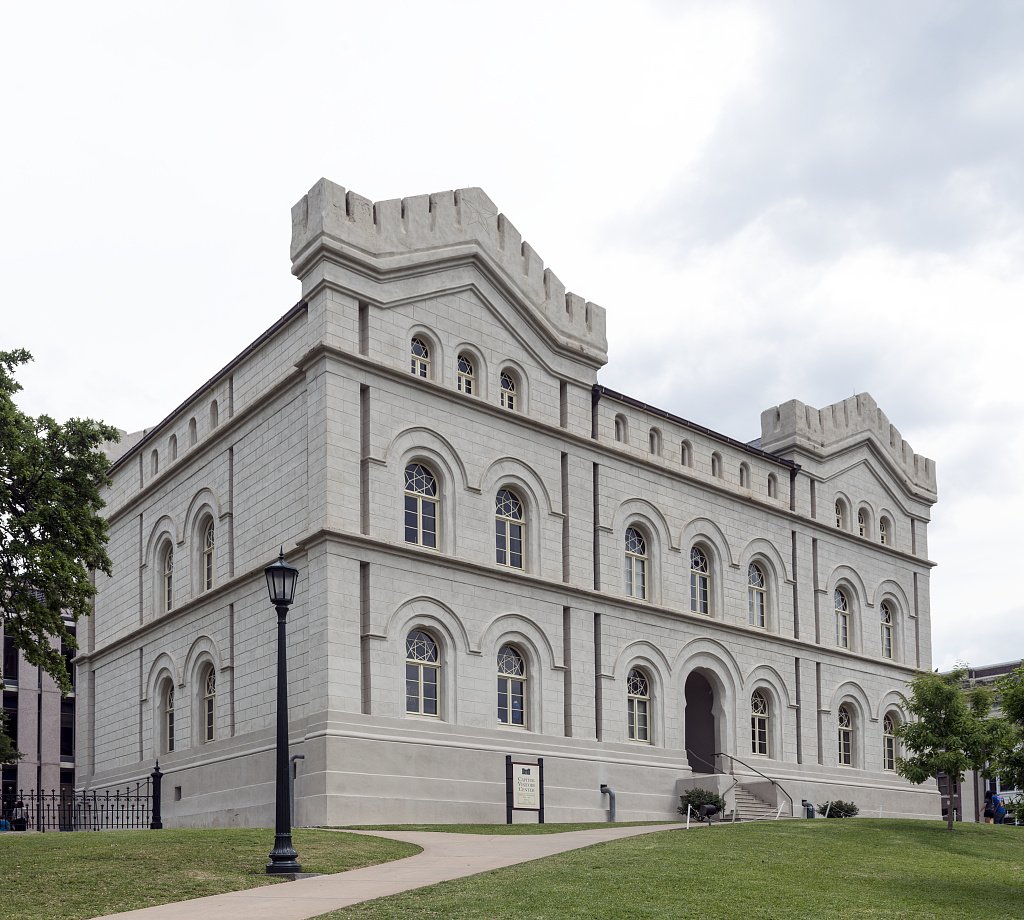 The First Congress of the Republic of Texas created the General Land Office on December 22, 1836, to manage its public lands, which included record keeping,  organizing surveys, issuing titles, and raising funds. When the United States grafted the Texas Republic into its Union in 1845, the federal government refused to take Texas' land as debt payments. Hence, Texas became the only state to own its own public lands, as well as the tidelands and roughly ten miles of the Gulf of Mexico. In time, this would prove to be a fruitful deal for Texas.  The historic Land Office Building was designed by the acclaimed German-born architect Christoph Conrad Stremme and completed in 1858; it's Austin's oldest surviving state government office building.
Texas is the only public-land state with complete control over its public lands and the money gained from that ownership has mostly gone towards the Permanent School Fund. The Texas Constitution of 1876 set aside half of Texas' remaining public lands to establish a Permanent School Fund (PSF), to help finance public schools. As a result, the agency has put $6.1 billion into the fund since 1854. In fact, the public-land funds provide public schools with $700 million annually.
The building features a medieval-castle style known as Rundbogenstil, or "rounded arch" around the windows and doors. The exterior walls are limestone rubble smoothed over with stucco and scored to simulate cut stone blocks. The Land Office was completed in 1857 on the southeast corner of the Texas State Capitol grounds.
The building was designed by Christoph Conrad Stremme (1807–1877), an engineer and architect, was born in Hanover, Germany in 1807. Stremme was one of the many German immigrants to arrive in the Texas interior lands during the mid-nineteenth century, as well as one of the many Germans and central Europeans to come to the U.S. during a time of famine and political unrest in Europe, including a failed German revolution.  However, his story includes some markedly impressive achievements.
He studied at the University of Sciences and the Academy of Arts and Architecture in Berlin followed by obtaining his Ph.D. at the University of Giessen.  He later became a member of the Royal Hannoverian Commission on Public Buildings and of the Society for Advancement of Industry. Furthermore, Stremme received a Russian order and title of hereditary nobleman and Czar Nicholas I appointed to him as court counselor. In the same year, he was appointed a professor of architecture and civil engineering at the Imperial University at Dorpat (present Tartu), where he was also a member of the Dorpater Naturforschender Gesellschaft, a group devoted to the study of natural sciences, and the Gelehrte Estuische Gesellschaft, a learned society of Estonia. In 1848 he was elected to honorary membership in the Livonian Agricultural Society for outstanding work in architecture, shortly before he emigrated to the United States.
His move to the U.S. did not stop Stemme from gaining many accolades and success. In 1853, he served under Lt. Nathaniel Michler as part of an exploration party; he aided in surveying the Mexican boundary.  For three years after that project (1853 - 1856), he published in the San Antonio Zeitung at least eight scientific papers. Stremme was also one of the first professionally trained architects in Texas. In 1855 he became a draftsman at the General Land Office and, by 1858, his design of the state's new land office came to fruition.

The building functioned as the state's land office building until 1917 when the agency moved to a larger building across the street. From 1919 until 1989, the building housed museums run by the Daughters of the Republic of Texas and the Texas Division of the Daughters of the Confederacy.
In April 1989,  the legislature approved a $4.5 million renovation project to restore the building to a 1890s-era style the development of a permanent exhibit on the history of the Texas State Capitol on the first floor and floor space on the second floor for traveling exhibits, which remains today along with the addition of a Texas Department of Transportation Travel Center.