The Luther Elkins Petroglyph, also commonly referred to as the Lynco, Horse Creek, Lillyhaven, or Wyoming County Petroglyph, is a series of ancient carvings made into a rock on a hill near Clear Fork of the Guyandotte River. The age and purpose of the carvings are mostly unknown and the source of the carvings has been the center of much debate amongst intrigued locals, historians, archaeologists and others who have stumbled upon them. 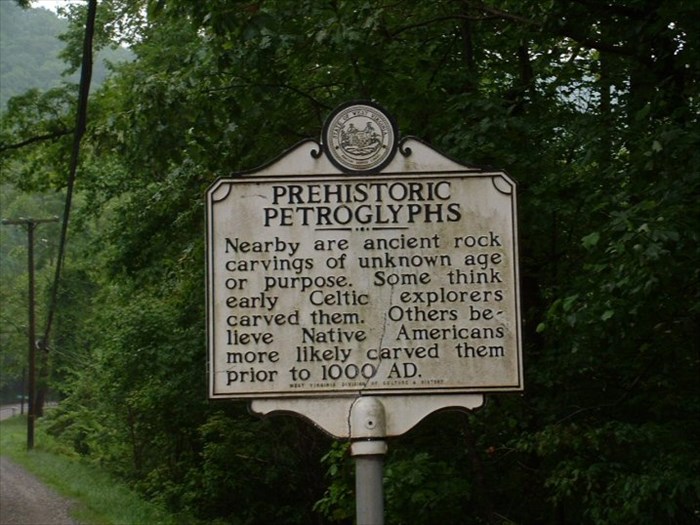 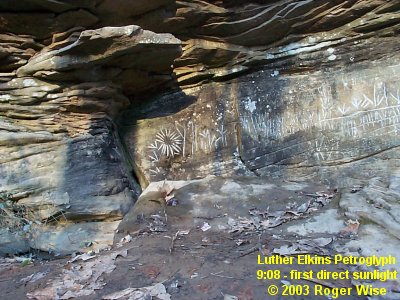 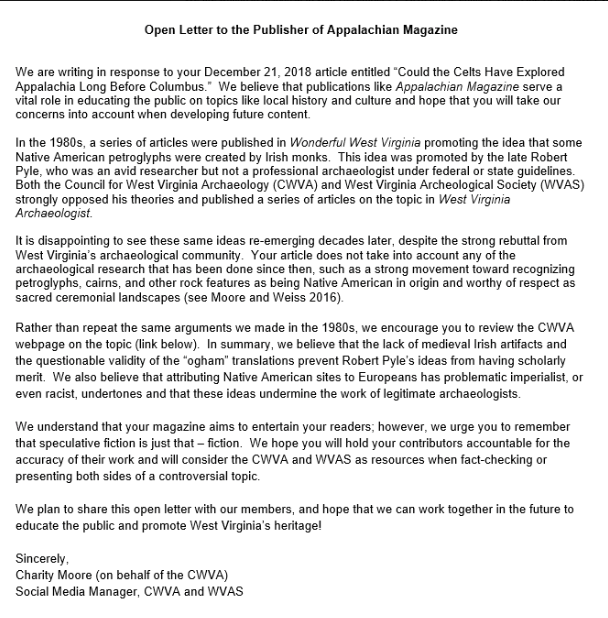 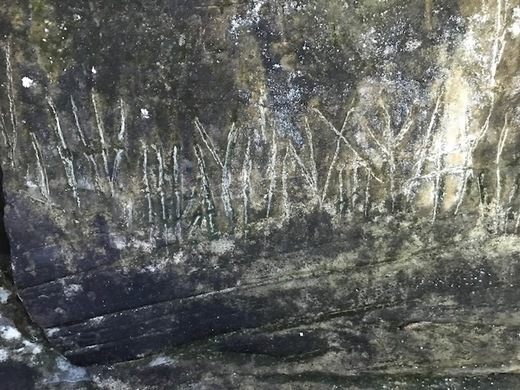 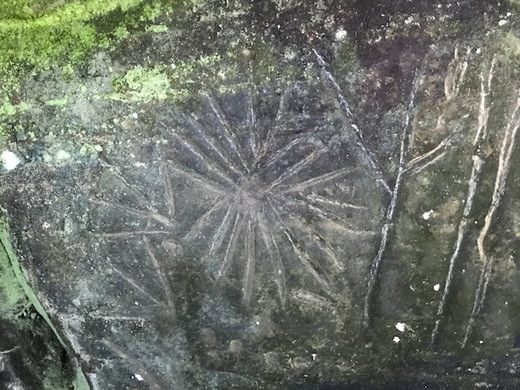 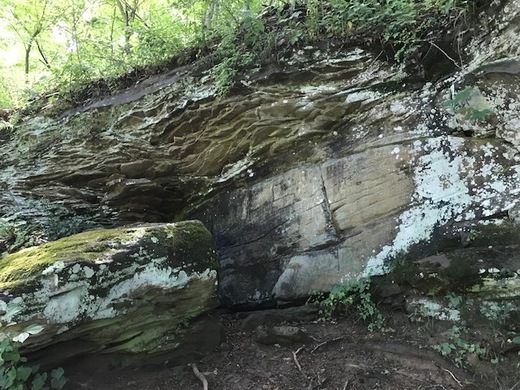 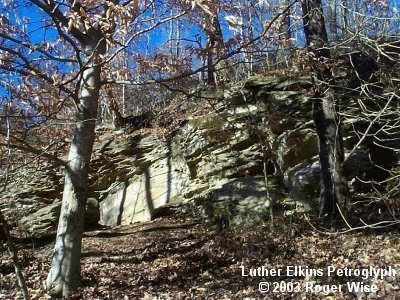 Located in northern Wyoming County and south of Oceana, the Luther Elkins Petroglyph was initially recorded, based on information provided by West Virginia Archaeological Society members Oscar Mairs and Hillis Youse, by Edward McMichaels in 1965. The petroglyphs are most widely believed to have been carved by Native Americans sometime before 1000 C.E. Still, the carvings have often been cited, conspiratorially, as evidence of Irish Monks having been in West Virginia sometime during the seventh or eighth centuries. Though the conspiracy theory began sometime in the early 1980s when a series of articles claimed the carvings were Christian messages written in an old Irish alphabet called Ogham, perhaps the most notable example of such a citation came from Appalachian Magazinein a 2014 article titled, “EVIDENCE: The Irish Found West Virginia Before Columbus Found America.”

Following the release of this article, despite its being denounced by countless archaeologists, historians and critics alike, Appalachian Magazine again posted an article, in December of 2018, called, “Could the Celts Have Explored Appalachia Long Before Columbus?” This time Appalachian archaeologists decided to push back even more publicly. In January, the Council for West Virginia Archaeology wrote, and made public, a letter to the editor or Appalachian Magazine. Along with the letter, when it was released to the public, the CWVA wrote:

“The CWVA believes it is important to combat misinformation about the past. We recently wrote this open letter to the editor of Appalachian Magazine regarding an article that supports the idea the Europeans created some of the prehistoric sites in West Virginia. As exciting as these conspiracy theories can be, they undermine the work of legitimate archaeological researchers…” 1

The CWVA also argued that the researcher featured in the Appalachian Magazine articles, Robert Pyle, in addition to having his Celtic-Christian influence claims refuted in several academic journals throughout the 1980s (which are still posted on the CWVA website today), was not actually a certified or professional archaeologist. The claims regarding the carvings are simply a recycling of already-refuted claims from the 1980s, without consideration of legitimate archaeological perspectives or potential harmful effects of appropriating Native American history to promote a European-focused conspiracy, the CWVA argued.

The site of the carvings has been relatively popular, both for experts travelling for research and for locals fascinated by related news articles or word-of-mouth. A historic marker for the site can be found along Clear Fork Road, or W.V. Route 971. From here, to find the actual carvings, the curious must turn onto Wyoming County Route 7, then left onto Fifth Street through a curve on their right side and finally into an alleyway on their left side. The alley will lead over followers over railroad tracks which they should then follow to the left (southwest), for nearly 800 feet, where there is another path along the hill to the right side. The petroglyph is located on a cliff about 30 or 40 feet up the path.