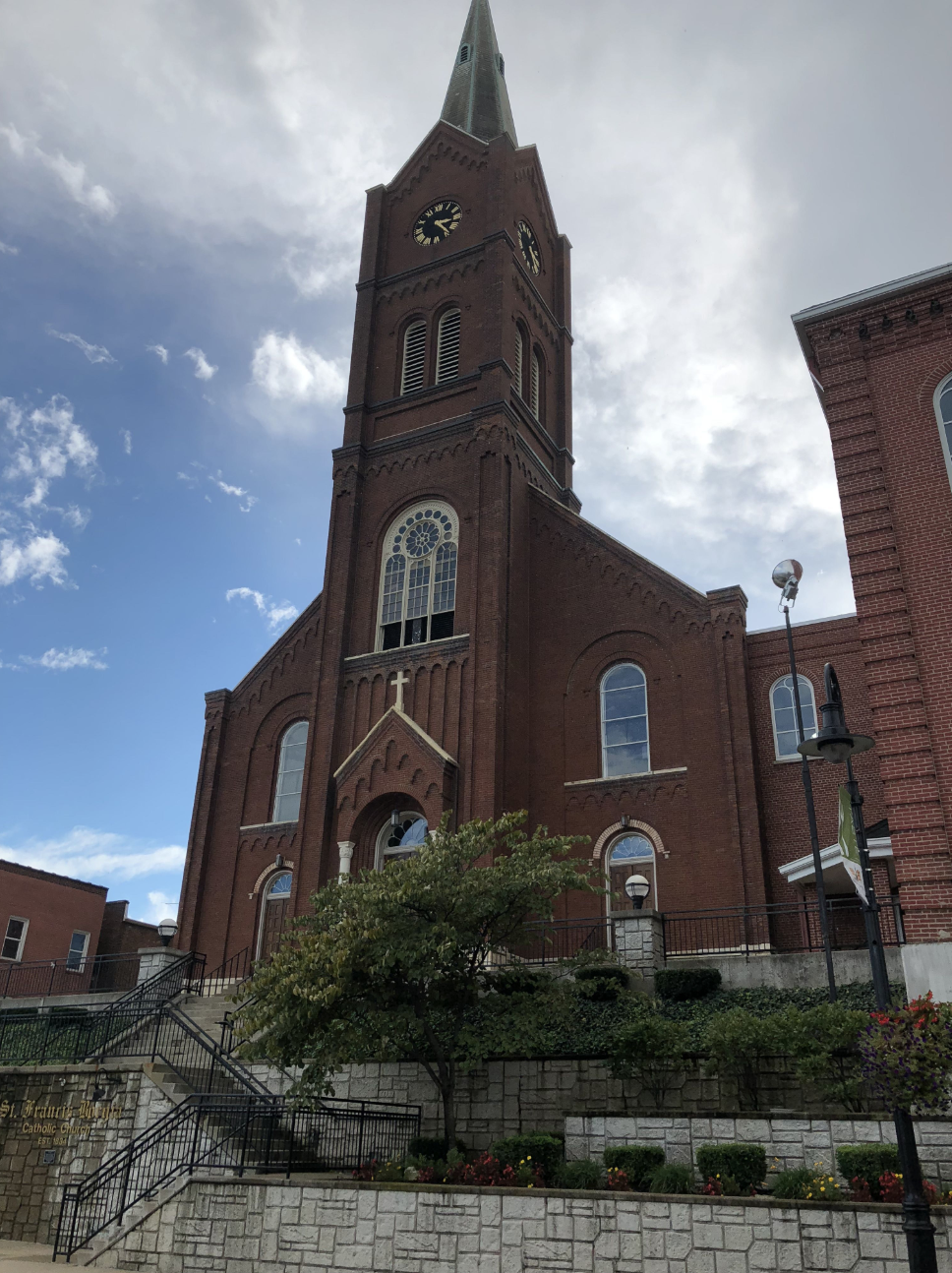 The first members of the church were twelve German families, who arrived in what would become the town of Washington in 1833. The church and congregation were administered by the Jesuits (the Society of Jesus) and continued to do so until 1894 when the Franciscans took over. Catholic schooling began in 1856. A few years later in 1859, the School Sisters of Notre Dame started to teach at the school; they would remain there 150 years. By the time the Franciscans arrived, the rectory, school building, and convent had been built. A high school opened in 1933 and operated until 1982 when it moved to another building of the parish campus. Today, priests from the St. Louis Diocese run the parish.