​Built between 1850 and 1875 for German immigrant Henry Hofheintz, this structure served as a grocery and dry goods store, saloon, and residence for nearly 100 years. Akin to numerous Germans that moved to the Texas Hill Country (and vicinity), family and cultural traditions were maintained, demonstrated by the architecture and the fact that the businesses and properties were handed down from generation to generation. 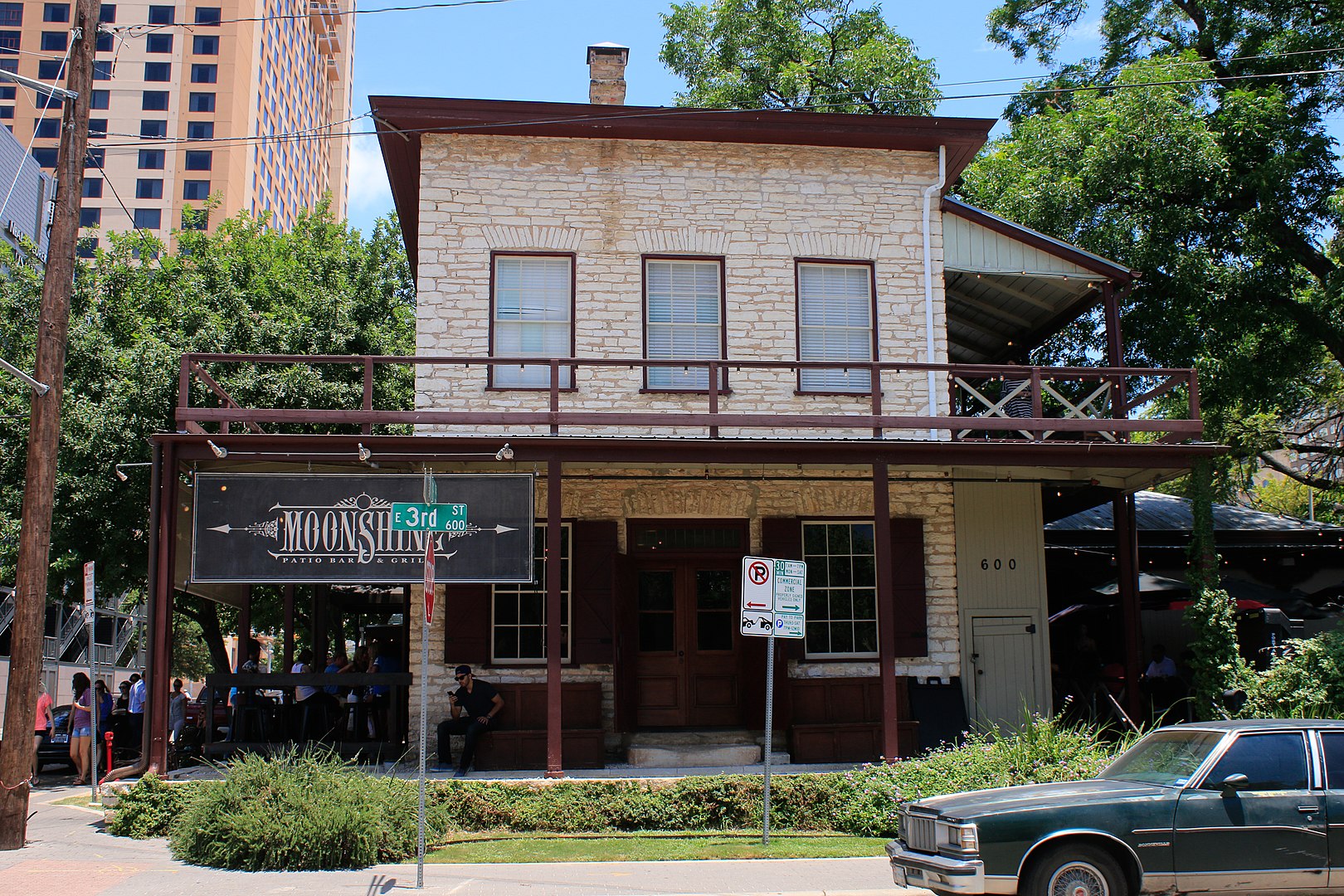 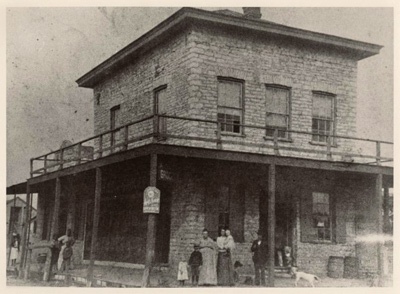 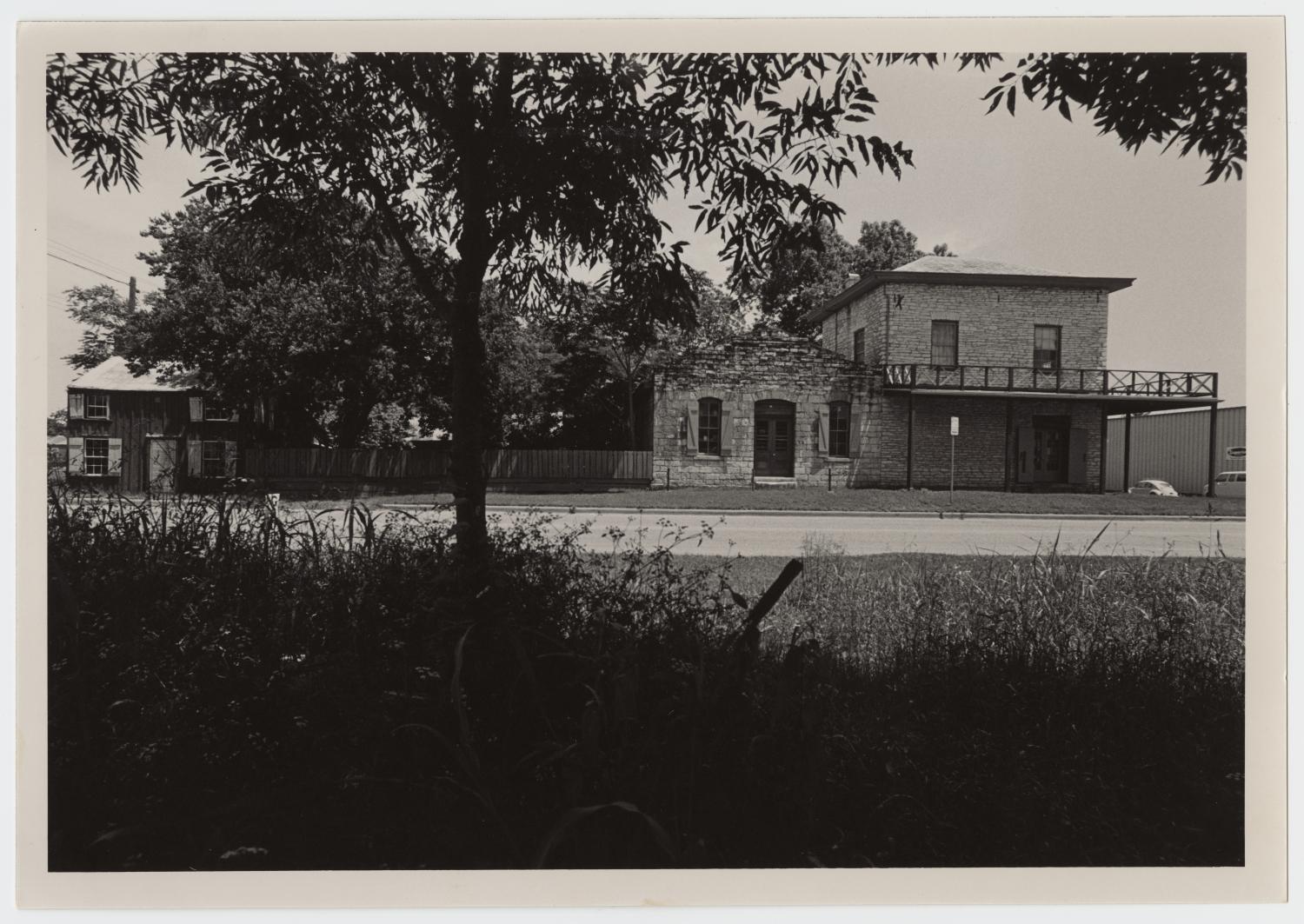 Initially built for German immigrant Henry Hofheintz, the two-story limestone structure, with its combination saloon and residence, is the only surviving complex of its kind. The structure operated as a grocery and dry goods store for nearly a century. The one-story addition, which functioned as a residence and saloon, emerged later. The store serves as a reminder of the city's early relationship between larger commercial establishments and surrounding smaller-scale businesses located in Austin's residential neighborhoods. Additionally, it stands as a reminder of the many Germans that immigrated into central and eastern Texas during the nineteenth century, and the influence they had on the region's culture and architecture.
Born on October 3, 1822, Hofheintz emigrated from Nassau, Germany, to Texas in 1845. Hofheintz, who was listed in the 1860 Travis County census as a teamster, hauled freight by team and wagon between Mexico, Austin, and San Antonio. In 1851, he acquired from the German Immigration Company 320 acres of land situated on the north bank of the Concho River where the historic building now stands.
Hofheintz married Christina Hineman (an immigrant from Hannover, Germany) in 1855. At roughly the same time, he constructed on the 320-acre property a simple, one-story log house and, a few years later, he built an adjacent two-story store where he sold groceries, provisions, boots, shoes, and dry goods. He operated the store until his death in 1880.
Architecturally, the Hofheintz-Reissig Store is typical of one- and two-story German stone- and wood-frame structures. The architecture and German-family story is typical of the German immigration story into the Texas Hill Country region. Numerous Germans departed Germany as political refugees from western and central portions of Germany and then arrived in the Hill Country in the mid-nineteenth century. Though they felt compelled to leave, they strove to maintain their strong cultural identity, evidenced by local architecture, churches and both the family businesses and property passed down from generation to generation.
Hofheintz's eldest child, Catherine Louise, and her German-born husband, Adolph G. Reissig, acquired the estate in 1882, but by 1886 he was operating the grocery business on a much smaller scale because he chose to pursue a career in tailoring, which proved successful. In fact, the Austin city marshal, Ben Thompson, wore many of Reissig's clothes. In the early 1890s, Adolph Reissig tore down the original log house built by Hofheintz and replaced it with a single-story stone building which functioned as a combination residence, saloon, and domino parlor.
The nomination form to the National Register of Historic Places details what happened from 1907 to 1966.  According to the document, "When Reissig died in 1907, possession of the property passed transferred to his wife who, in the same year, constructed the adjacent wood-frame "wedding cottage" for her printer-son Herman Reissig and his bride, the former Eula Lee Petry. Herman Reissig, who had formerly served as president of Austin Typographical Union No. 138, inherited the property and operated the store full-time from 1935 until December 31, 1952, when the business was closed. The family of Herman Agnew, a nephew of Herman Reissig, occupied the stone residence from 1926 to 1941 and comprised the fifth generation of the original family to occupy the complex."
The property was purchased on December 1, 1966, by Thomas B. Cowley and W. Clelgh Nease, who, together with Leon A. Nease, employed Alvlno B. Mendoza and Sons to restore and renovate the structure. Several businesses operated in the store throughout the end of the twentieth century. In 2003, the Moonshine Grill opened in the historic building and remains its occupant as of 2019.