Constructed in 1929 during a period of urban planning and modernization, Norwood Tower remains the only Gothic Revival- or Commercial Gothic-styled commercial structure in Austin. When the building was completed, it was the tallest structure in the city and the first to have air conditioning in every office. It was also the first building to have its own parking garage. For several decades, the building's maintenance engineer was African American. Recognizing the indignity of Jim Crow that dictated life in public spaces prior to the Civil rights Act of 1964, Clarence Odie Williams made the bathroom in his private office available to people of color. 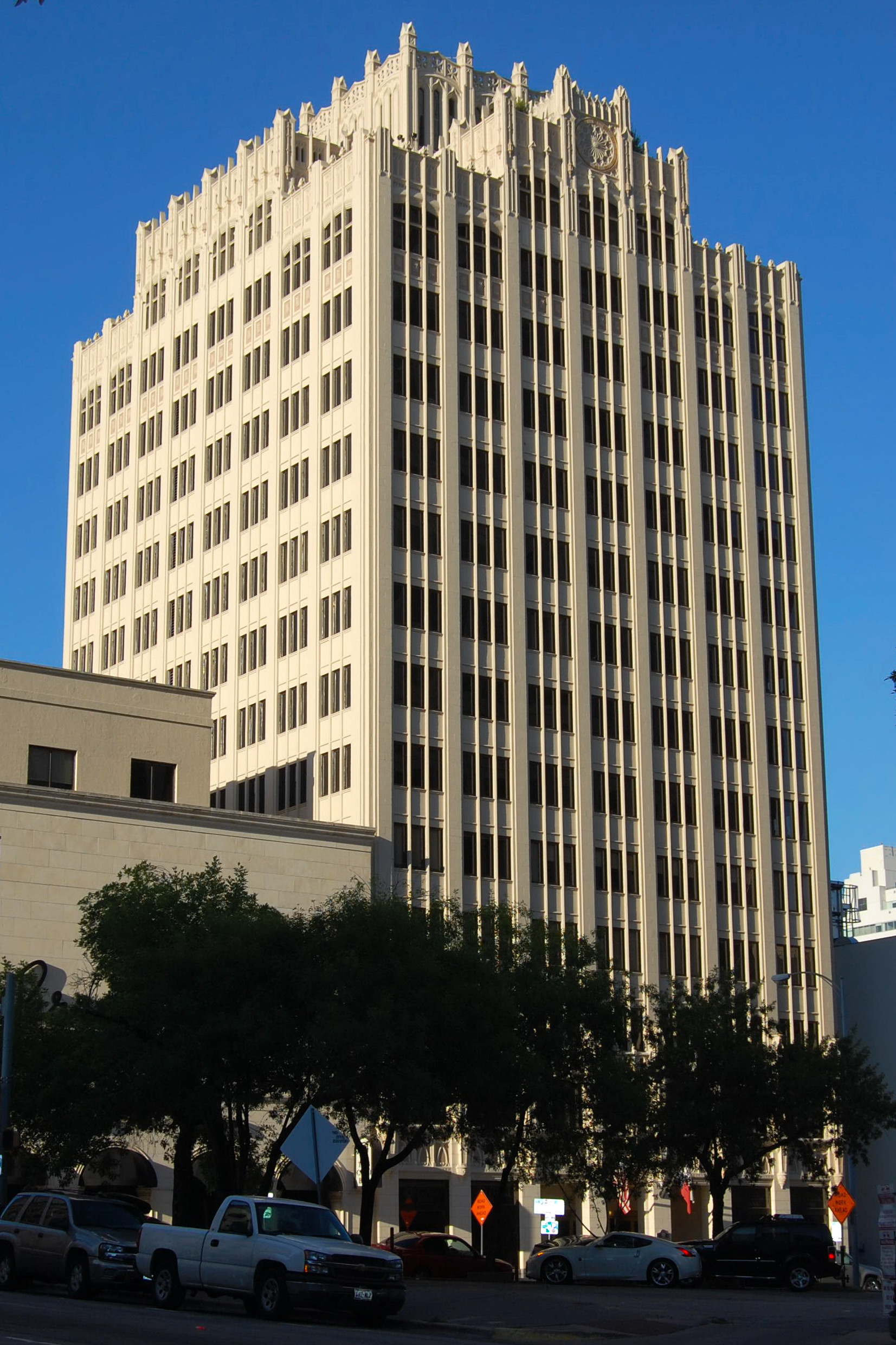 The Norwood Building (constructed in 1929) emerged at a time when Austin changed its polity and made urban planning a priority.  The sixteen-story Norwood Building enjoys typical Gothic ornamentation comprised of trefoils, gargoyles, and arches, as well as decor that spoke to the building's tenants and their professions. When completed, the structure stood as the city's tallest commercial building and enjoyed the distinction as Austin's first fully air-conditioned office building, and its adjacent parking structure was Austin's first self-parking auto garage.
Although Austin's population grew consistently between 1880 and 1920, Austin did not share in the state's booming oil industry. Thus, Austin fell from Texas' fourth largest city to the state's tenth.  The town also suffered from poor city management and weak political leadership.  In 1905 Austin had few sanitary sewers, hardly any parks or playgrounds, and only one paved street. So, in 1908, the city underwent the first of two polity changes, first in favor of a commission government that proved ineffective and then in 1924 the town adopted a council-manager government that went into effect in 1926 (and remained in place through the 1990s).
The 1926 government immediately made city planning and beautification its top priority, culminating in an official urban planning project in 1928, one year before the construction of the Norwood Building.  A $4.2 million bond issue allowed the city to build new streets, sewers, and parks, as well as a hospital, library, and an airport.  Hence, the Norwood Building stands as a monument to Austin's late 1920s urban revival after decades of stagnation.
One of the sub-histories attached to the building involves its place in African American history and civil rights. Clarence Odie Williams, an Austin native and African American, worked as the building's maintenance engineer from 1929 until 1964. He had a private office in the tower that included a restroom. During the era of segregation (prior to the enactment of the Civil Rights Act of 1964), Williams's office functioned as the only public restroom available to people of color in downtown Austin that did not require one to endure the indignity of Jim Crow. African Americans who worked downtown regularly visited Williams' office.
The building changed ownership, and names, several times during Williams' tenure and after his departure. However, the building has consistently served professional tenants such as lawyers, doctors, insurance companies, and banks, except for the fourteenth and fifteenth floors that form a two-story penthouse with rooftop gardens on the corners. And, although a host of skyscrapers built during the late twentieth- and early twenty-first-century now towers above the Norwood Building, the building remains functional and continues to serve as the home to a mixture of professional tenants (and it remains as the city's only Gothic Revival- or Commercial Gothic-styled commercial structure).