Fort Mifflin, also known as Fort Island Battery and Mud Island Fort, is located on the Delaware River and was originally built by the British in 1771. This is the site of the largest bombardment of the Revolutionary War and believed by many to have changed the course of American history.150 Continental soldiers died as a result of the battle fought here. During the Civil War, the fort housed the infamous Union prisoner, William Howe. Today, it is the oldest active military base in the United States and also a prime site for paranormal investigations. 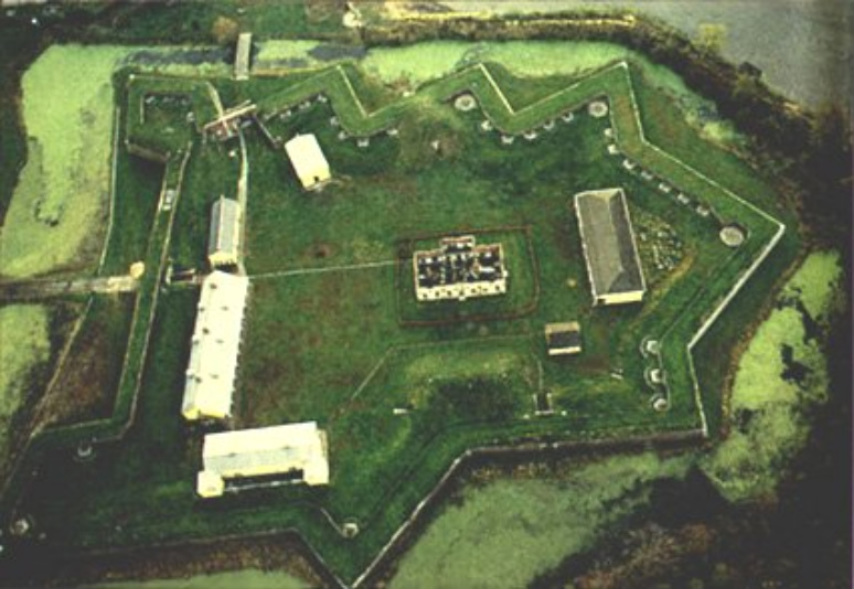 Historic information sign located at the entrance of the fort

Casemate #11 where prisoner William Howe was held during his trial 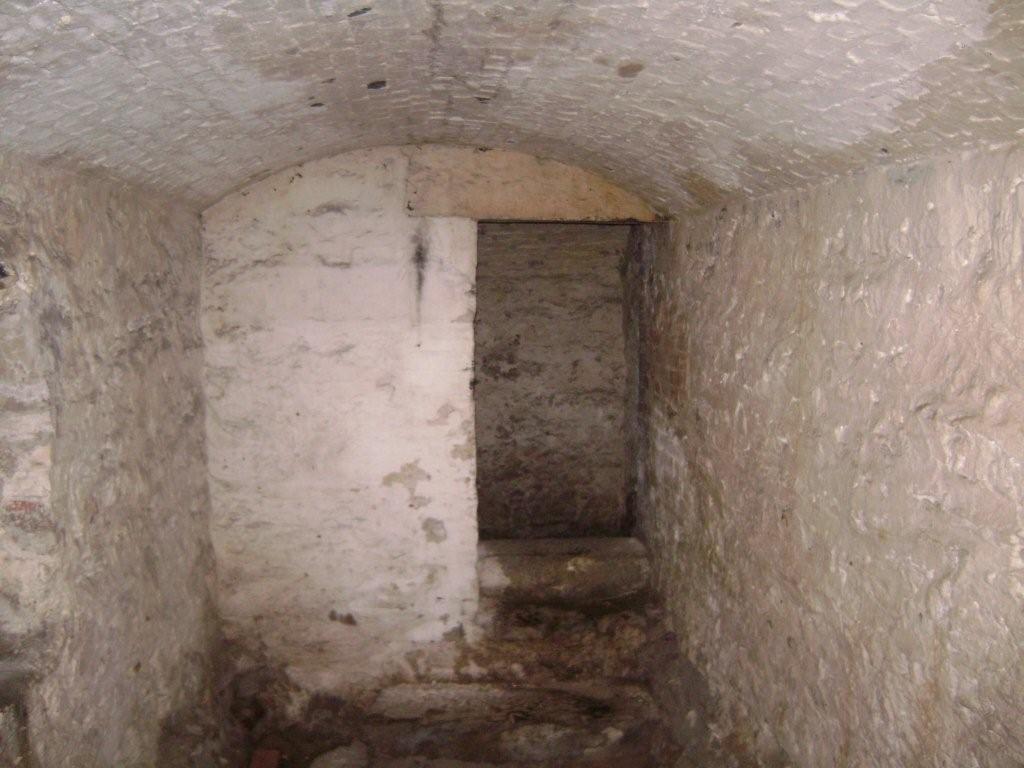 Fort Mifflin, also known as Fort Island Battery and Mud Island Fort, is one of the most historic landmarks in the United States.  It is one of the few revolutionary war battlefields left intact in the United States today.  In the winter of 1777, British forces were attempting to capture Philadelphia but were running short of supplies.  In response to this, British commander General William Howe ordered British supply ships to move up the Delaware River to his location.  This left Fort Mifflin with the enormous task of holding off these British supply ships until George Washington and his troops could arrive at Valley Forge.  For close to six weeks, Fort Mifflin held off small advances by the British ships until the British decided to take decisive action on the morning of November 10th, 1777 and launched “the largest bombardment of the revolutionary war”.1  Eight ships armed with over 200 cannons fired upon Fort Mifflin who could only answer with ten cannons in their defense.  After five days of fighting, on November 15th, Major Simeon Thayer gave the order to evacuate Fort Mifflin.  All the troops evacuated Fort Mifflin except for forty men who stayed behind and set fire to the fort before leaving the fort themselves.  The fort was completely evacuated by midnight with the flag still flying overhead.

During the Civil War, Fort Mifflin was used by the Union to house Confederate prisoners.  One of the most famous prisoners was a Union prisoner by the name of William Howe.  Howe was a member of the 116th Pennsylvania Volunteer Regiment.  He left the regiment and went back to his home due to “inflammation of the bowels”.1  Three officers came to his home to arrest him for desertion.  This resulted in a gunfight in which Howe ended up fatally wounding one of the officers.  He was found guilty of murder and desertion by the military court and sentenced to “death by hanging”.  While his trial was taking place, he was held in Casemate #11 inside of Fort Mifflin.  He led an attempted escape of 200 prisoners.  Individuals purchased tickets to witness his execution.  Howe was “executed at Fort Mifflin on August 26, 1864, the only prisoner known to be executed at the Fort during the Civil War.”1

Today, Fort Mifflin is still an active Military Army Corps of Engineering base.  It is the oldest active military base in the United States.  The fort is also a prime location for paranormal investigations.  Casemate #11 as well as the Officer’s Quarters are said to be the most haunted.  Graffiti can be found inside Casemate #11 where prisoner William Howe was held, along with his signature.  A screaming woman, believed to be Elizabeth Pratt, is said to be heard in the Officer’s Quarters.  Pratt lived at the fort with her daughter and was in love and wanted to marry one of the enlisted men.  Her daughter died of typhoid fever and Pratt fell into a deep depression and hanged herself over the floor on the second balcony.2  Renowned paranormal investigators, such as TAPS, have visited this site for its’ historic background and its’ reputation of hauntings.

March 1st to mid-December Wednesday – Sunday 10 AM to 4 PM Monday, Tuesday and mid-December to March 1 Open by chance or appointment.