The West 67th Street Artists' Colony Historic District consists of eight buildings, the most prominent of which is the Hotel d'Artistes. The district is the only concentration of artists' studios and apartments in Manhattan. Built in the early 1900s, the buildings were designed with artists in mind, and many feature larger than normal windows, to allow in natural light. The largest of the buildings, the Hotel d'Artistes, was actually never a hotel; it was designed with hotel-like amenities to get around building height restrictions for apartments. 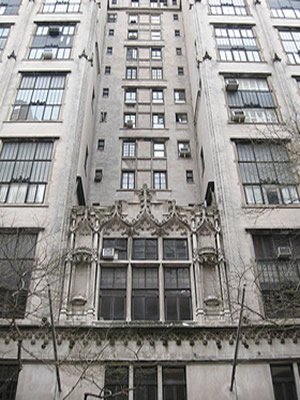 Entrance to the Hotel d'Artistes 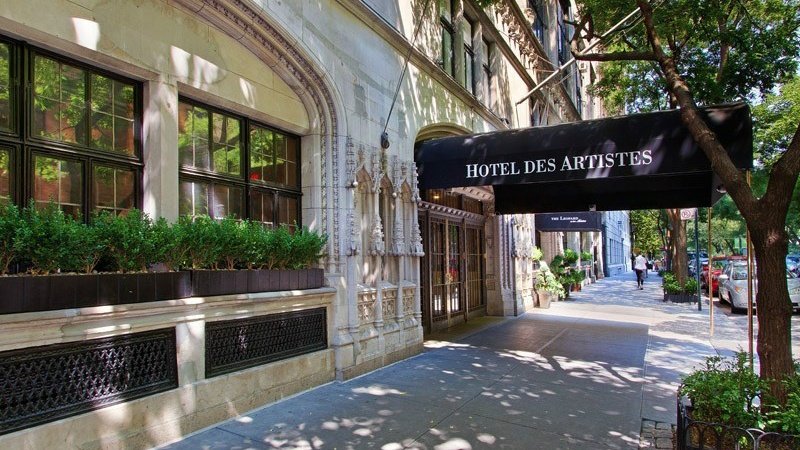 The Upper West Side's West 67th Street Artists' Colony began in 1903 when a group of artists purchased a plot on the street for $250,000. Although the phrase "artists' colony" might conjure images of struggling creative types, the artists who bought the land were actually quite successful. The eighteen story Hotel d'Artistes, in particular, is adorned with gargoyles and sculptures, as well as a Medieval-inspired lobby and a swimming pool.

Each of the eight buildings that comprise the district was constructed with artists in mind. Many feature 14-foot-high north-facing windows in double height rooms, to maximize the amount of natural light. Most of the buildings were built by cooperatives of artists and creative sorts, who then either lived in them or rented them to cover their expenses. The buildings were constructed at a time when New York was an increasingly popular destination for artists, writers, and musicians, but there were few apartments in the city that suited their needs for space and light.

In spite of its name, the Hotel d'Artistes, the largest and most ornate of the buildings in the district, was never actually a hotel. To get around building codes for apartments that limited height, the building was designed with hotel-like amenities. Over the years, the building has been home to numerous acclaimed artists, including Isadora Duncan, Rudolph Valentino, Norman Rockwell, and Noel Coward.

Another of the building's famous residents was Howard Chandler Christy. The acclaimed artist painted a series of murals featuring frolicking nudes in the communal dining room. (Originally, the apartments did not include kitchens.) The dining room is now a restaurant, Leopard at des Artistes, and the murals are still there.

Though a number of the district's current residents have connections to the arts, but it is no longer exclusively an artists' enclave. Apartments in the district, particularly those in the Hotel d'Artistes, sell for millions. The district is listed in the National Register of Historic Places.