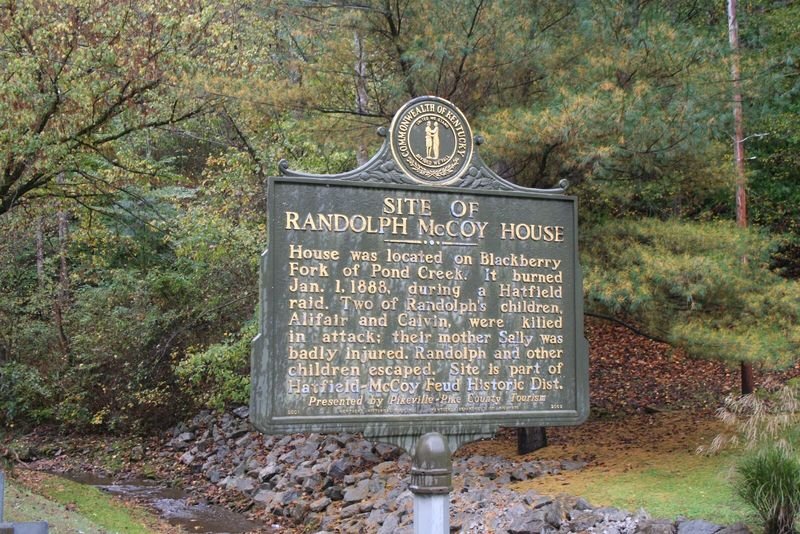 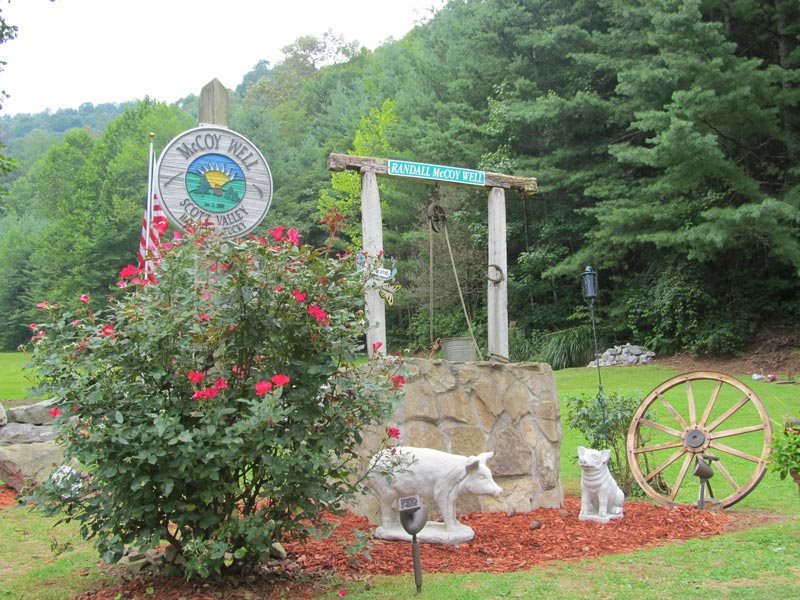 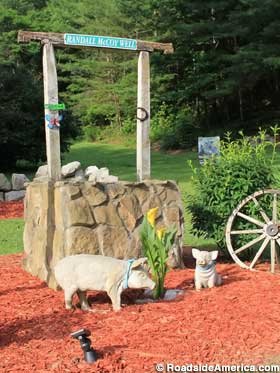 Designed by Travis Williams, this statue of Randolph McCoy was erected next to the McCoy Well in September 2017 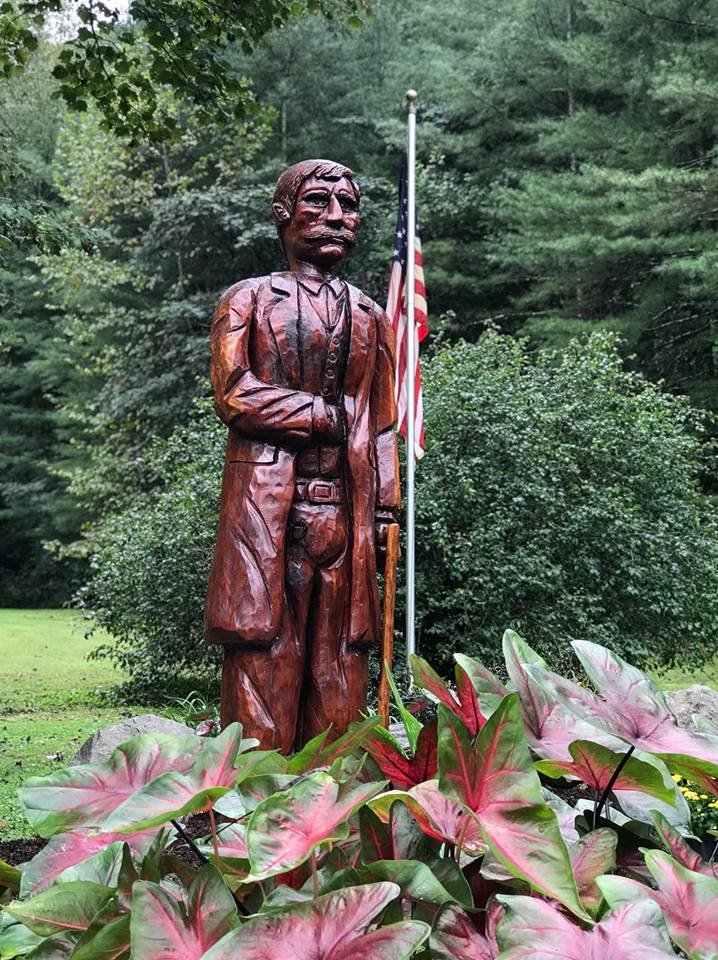 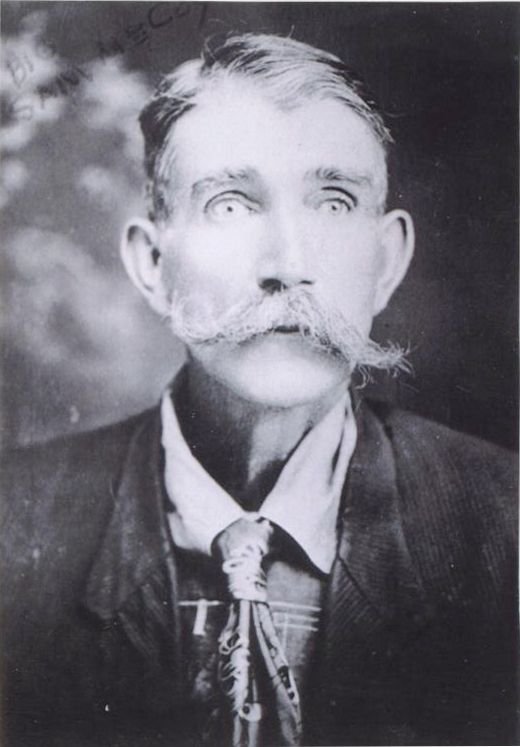 By the time of the attack, the Hatfield and the McCoy families had been involved in a decades-long blood feud dating back to 1862 during the Civil War. William Francis McCoy led a regiment of guards who killed Mose Cline, a close friend of Hatfield patriarch "Devil Anse," who immediately began to seek revenge against the McCoys as a whole. Though the majority of both families fought on the side of the Confederacy, there was one notable exception: Asa Harmon McCoy enlisted and fought for the Union. When Asa returned from the war, he was eventually captured by a group of rebels and killed, and, though no records of his death exist, the McCoy family believed the murder was carried out by "Devil Anse" and his uncle, Jim Vance.

From here, the feud escalated, frequently resulting in violence between the two families as they engaged in a volatile game of back and forth. Notable instances in the feud include the affair between Roseanna McCoy and Johnse Hatfield, which resulted in the fracturing of the McCoy family as well as the deaths of both Roseanna and the daughter she conceived with Johnse, Sarah "Sally" Elizabeth, in addition to the infamous dispute between the two families over the custody of a pig. These instances as well as others like them, as with the Civil War era events which are said to have started the feud, became not only increasingly violent, but deadly, as made apparent by the murder of Ellison Hatfield, brother of "Devil Anse" as well as the retaliatory murders of the McCoy brothers who carried out the death of Ellison in what is now referred to as the Pawpaw Tree Incident.

The feud - as well as these acts of violence - came to a head during New Year's Day in 1888, during which a raiding party comprised of a group of men from the Hatfield clan, organized and led by "Devil Anse" and his uncle, Jim, ambushed the patriarch of the McCoy clan, Randolph McCoy, and his family at their home in what is now Hardy, KY. The attack occurred deep into the night, after the McCoy family had already gone to bed, leaving the family practically defenseless. While the family still slept, the Hatfield men opened fire on their cabin. Shots were eventually returned by the McCoys; however, the raiding party set the home on fire, effectively ending any attempt at defense by the family and driving them out into the night. Though their target was Randolph, the man in question was able to escape during the chaos, hiding in a pig pen near the home, and, instead, two of his children Calvin McCoy and his sister, Alifair McCoy, were shot and killed next to the well which sat close to the home.

When Randolph's wife, Sarah saw the attack on her daughter, she crawled from her own hiding place to her and reached out in an attempt to hold her. In doing so, she opened herself up to attacks and was soon grabbed by a member of the Hatfield family and thrown against the well, where she was severely beaten and left for dead. Randolph and his remaining family members fled and were able to escape into the woods behind their burning home and soon relocated to what is now Pikeville, KY, to escape any further attacks and where Randolph operated a ferry until his death while his wife slowly recovered from her injuries.  Later that same year, nine of the men who carried out the raid and subsequent murders were arrested forced to stand trial for their crimes, with one of them, Ellison Mounts, a friend of "Devil Anse" being sentenced to a public hanging.

Today, all that remains of the original Hatfield residence is the well Randolph once dug for his family, with the home itself being completely destroyed by the fire. The land where the home once sat has recently been rebuilt upon, however, and is now resided in by a new family. Despite the presence of a private residence, the land is still recognized and marked as a state historic landmark, and the family who now lives there readily welcomes visitors and tourists, frequently showing anyone who stops by around the property.