The Columbia National Guard Armory is an Art Deco styled structure that was constructed in 1938 as part of the Works Progress Administration (WPA). Dozens of armories were built in this era in the U.S. under this federal government program. the entire building is composed of reinforced, poured concrete. Unlike earlier federal armories built to standardized plans, the New Deal program encouraged the use of local architects to design armories for each community. The building was listed in the National Register of Historic Places in 1993. In 1999, the National Guard moved out of the building and the entire Armory became a recreational facility. The building houses the city's Community Recreation Department and other programs. 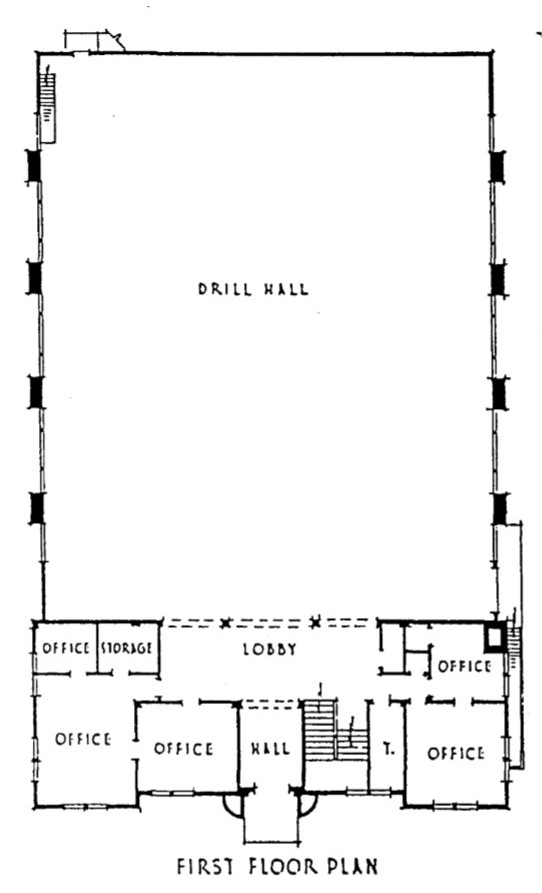 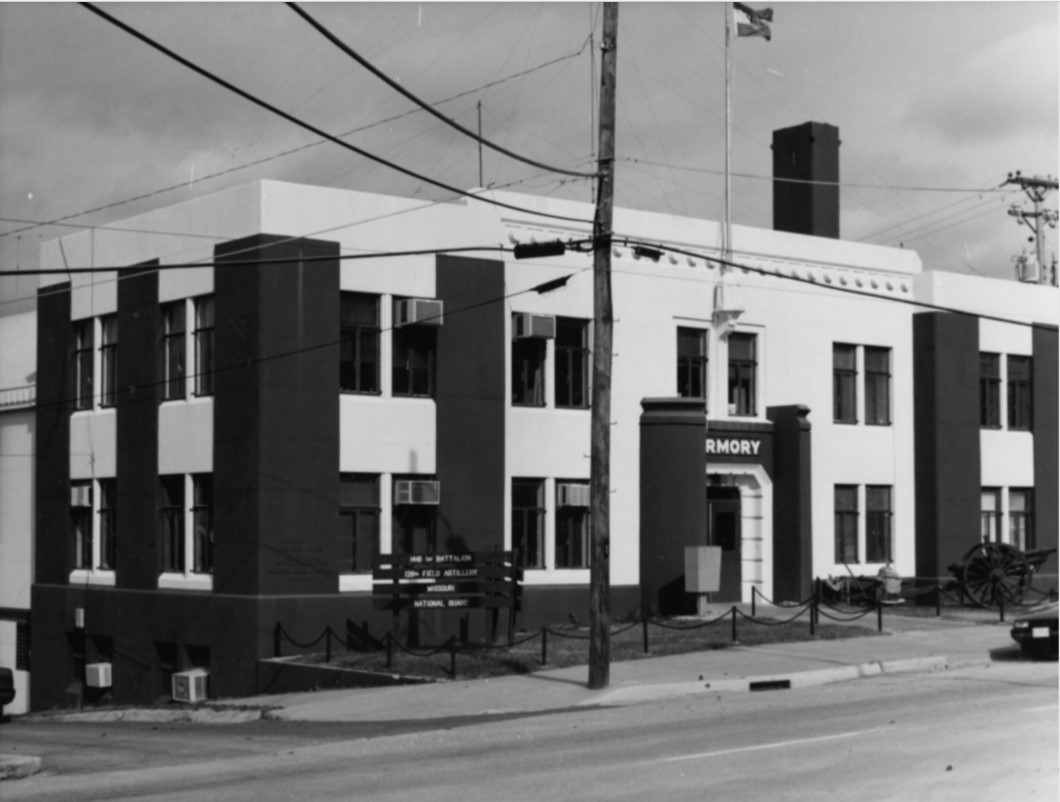 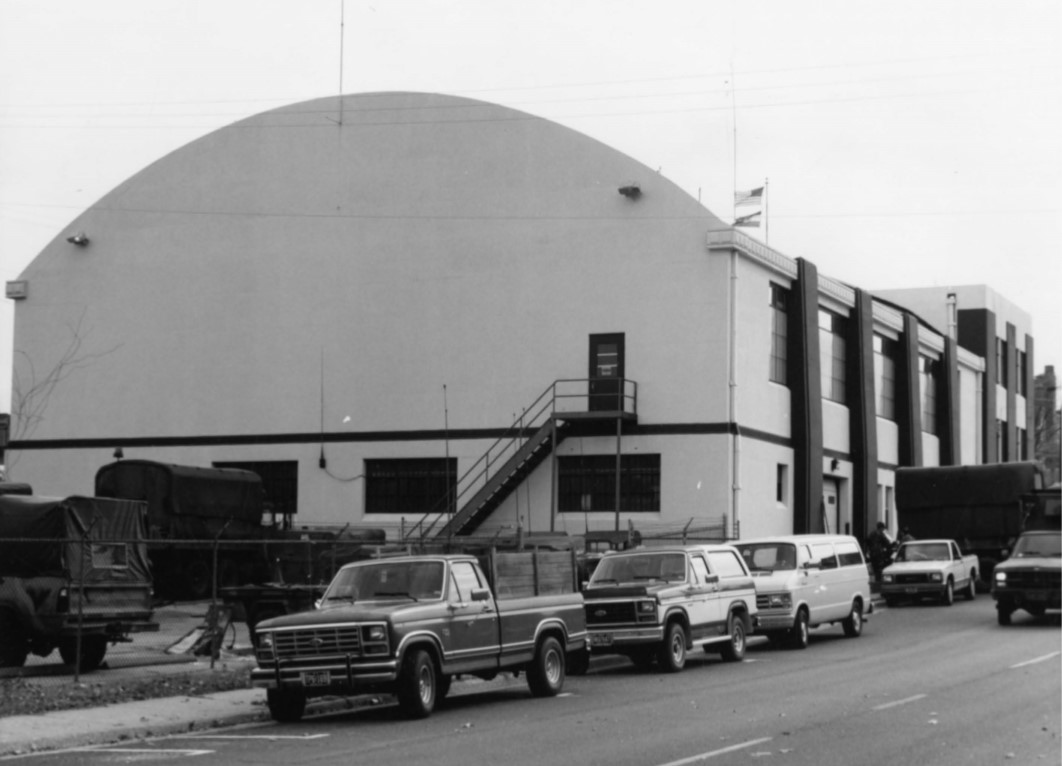 The City of Columbia transferred the land where the armory was to be constructed in 1938; the land was then a commercial metal yard. The armory building cost almost $113,000 to build over two years, with costs shared by the federal government, state, and city. The architects were Robert B. Deering and David Clark, who orginally planned for the building to be made of brick. The Art Deco style of the armory, popular in the era, is rare to have survived to the present day in Columbia. The exterior has clean lines, with the most elaborate being the main façade. Exterior decorations, in keeping with the Art Deco style, are incised lines and geometric forms. The main (south) entrance's double doors are flanked by piers and topped by a flagpole above the letters "ARMORY;" a frieze below the roofline contains truncated conical shapes, formed by pouring cement into metal cylinders. Entrances on each of the other three facades are simpler doors or a vehicular door to the garage.

From the beginning, the building was designed to be multi-purpose, with the military being primary and the city secondary. The building encompasses three levels, with the first (main) level utilized historically by the military as office space plus as a large drill hall of 77 by 94 feet on the rear of the building. The upper floor had offices, while the lower story contained offices and a drive-in garage with locker space and a kitchen. The first military forces to occupy the building were the 128th Field Artillery before mobilization in September 1940. The first city use of the building may have been in March of 1941.

The drill hall became auditorium or gymnasium space when used by the city for meetings or recreation. The city paid the utilities for the building and expenses for maintaining the flooring in the auditorium. The auditorium was able to be accessed by its own ticket window and could operate separately from the military's front section of the building. When the building was last used by both the military and the city, in the 1990s, several Columbia Parks & Recreation sports leagues played in the gymnasium, including basketball and volleyball. The Columbia College basketball team held their games in the gym for years.

The building was listed in the National register in 1993 with significance in architecture, engineering, and social history. The architectural significance is tied to the Art deco style, while the engineering is related to a system of lamella, or diagrid, roof construction with arch and short timbers. The armory is one of only a few extant buildings in the state with this form of honeycombed roof support system. The social history significance relates to the New Deal project that allowed the building to be constructed during the Great Depression, and also to the armory's use by the city for community social gatherings. The Missouri National Guard moved operations to another location in 1999.

The building is still utilized for city recreational purposes, known as the Armory Sports Center. The Community Recreation and C.A.R.E. (Career Awareness Related Experience) programs are within the armory, as is the CoMo Bike Co-op. The building holds the gymnasium, an aerobics area, a cardio/strength training facility, classrooms, meeting rooms, and offices.

This walking tour begins at Columbia's historic railroad depot and includes stops at historic buildings such as churches, hotels, and theaters that were constructed in the early 20th century. The tour also includes landmarks related to famous residents such as John W. "Blind Boone.