Kennywood has been a mainstay in Pennsylvania since its creation in 1898. Over it's 120 year, and counting, service period, Kennywood has grown from a small side attraction for mill workers into a National Historic Landmark. Various rides and attractions have been introduced and removed within the park since it's creation. To this day, Kennywood continually pulls in families from far and wide to experience all the park has to offer.

Photo of park attendees riding the Jack Rabbit in the early 1900s. 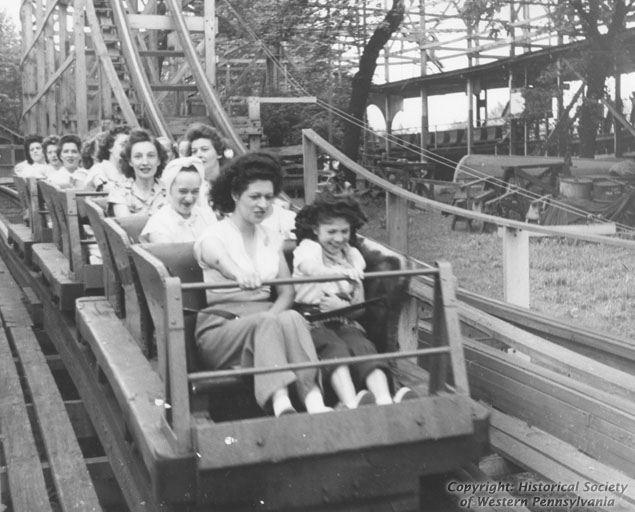 Photo of the Old Mill ride during the early 1900s. 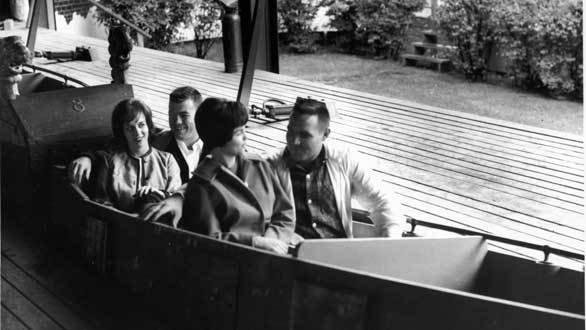 Photo of Kennywood lit up during the evening hours. 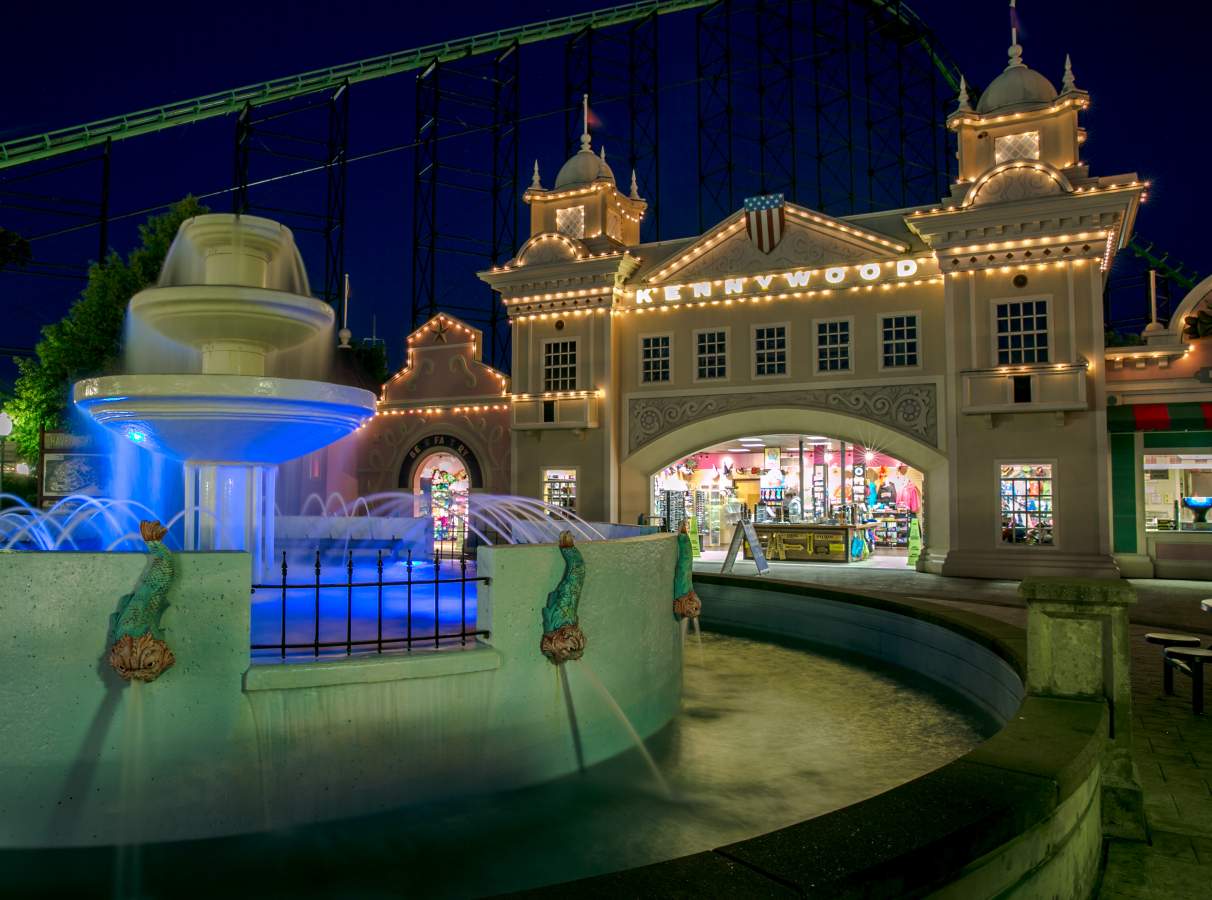 Photo of the official plaque naming Kennywood as a National Historic Landmark. 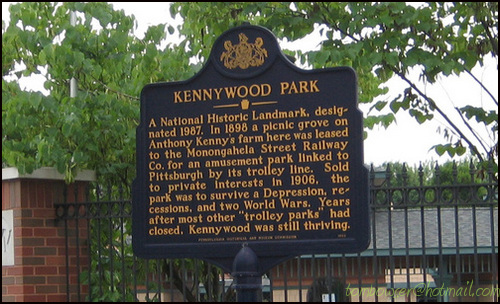 In 1898, the Monongahela Street Railway Company erected Kennywood to serve as a playful distraction for the mill workers of the area. Kennywood was able to survive hardships throughout the years, such as competition from rival parks and the Great Depression, and gradually became one of the oldest "trolley park" in the state of Pennsylvania. Kennywood underwent multiple changes as time elapsed. Attractions were added and removed throughout the years, but the park still maintains the same family-fun experience it had at the end of the 19th century and early 20th century.

The Monongahela Street Railway Company originally constructed Kennywood, but decided to relinquish ownership of the park at the beginning of the 20th century. In 1902, the park experienced subleasing to various contractors. The McSwigan and Henninger families would be the proprietors of Kennywood beginning in 1906 and would hold that title for the next 100 years. The new management implemented many rides and attractions that have stood the test of time (with some refurbishment when necessary). In 1987, Kennywood was named to be a National Historic Landmark. Only one other amusement park is on the prestigious list with Kennywood Park.

Kennywood has maintained it's fun-factor since 1898. Two original structures from the park's creation still stand in present day Kennywood; however, the two buildings have been remodeled into the Johnny Rockets restaurant and the Parkside Café. Three original roller-coasters are still functioning to this day: the Jack Rabbit, Thunderbolt (originally named Pippin), and Racer. Another classic ride, the Old Mill, which was introduced in the early 1900s, survived a fire shortly after it's construction. The ride was rebuilt and continued to function to this day; although, the Old Mill is now Garfield's Nightmare. With these genuine structures still in place, Kennywood solidified it's place in Pennsylvania history. In addition to the old, yet enjoyable, roller-coasters, Kennywood is introducing the new Steel Curtain coaster for the 2019 season.

Kennywood isn't just for roller-coaster enthusiasts and thrill seeking tourists. Kennywood offers plenty of other forms of fun for it's attendees. Picnicking was a popular pastime within the park, and in 1900 a band shell was built so bands could come and play during the summer months. In 1927, a stage was built so circus acts could perform at the park. These acts were free to park goers and proved to be invaluable during the Great Depression.