Now the Old School on the Hill Bed & Breakfast hotel, the former Chamois Public School was built in 1876 and is the only remaining school in the county from the 19th century. Situated on a tall hill (which, according to the website, is rumored to be an Indian mound), the school is an impressive building. It is constructed with red brick and features a three-story clock tower that was added as part of an addition built in 1896. The clock is original and is still operational. The north side of the property features a terraced lawn with steps leading up to the school. The school operated until 1942 when a new building was constructed. The bed and breakfast opened in 2007.

The former Chamois Public School was erected in 1876 and is now the Old School on the Hill Bed & Breakfast. 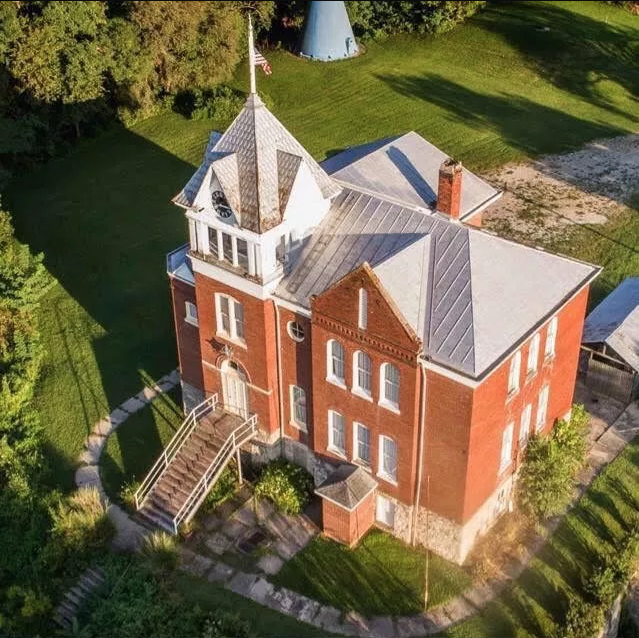 Visitors can stay in four rooms including this one. 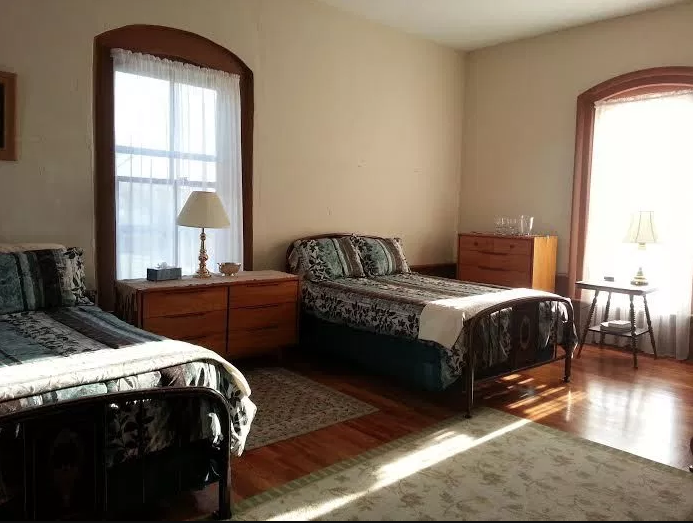 Chamois (pronounce "sha-moy") was established in 1856 and became a freight center for the Missouri Pacific Railroad. The buildings no longer exist but the center had a roundhouse, repair shops, stockyards and other facilities. At its peak, the town boasted a population of 1,000 (now there are around 400 residents). At the school, high school classes started when the building was expanded in 1896. As stated above, the school closed in 1946 and was sold to a local couple, who, a year later, sold it to the American Legion Post 506. The current owners opened the bed and breakfast in 2007.