The Fort at Historic Hanna's Town was built in 1773 and was primarily used as protection against any attacks that may have been incurred. The Fort served as a stockade fort and was used to protect the town in case of an attack. On July 13, 1782 a group of Seneca and British soldiers led an attack on Hanna's Town. While a majority of Hanna’s Town was burned down in the attack, the Fort was not burned down and ended up saving many lives. Because of archaeological discoveries, the Fort at Hanna’s Town was able to be reconstructed in the same place as it was in the 18th century.

Inside the fort, vertical logs with spikes at the top was used for mainly defensive purposes, from Natives and the British 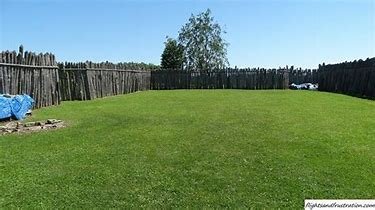 Reenactments at the fort, Proctor was in charge of the militia stationed at Hanna's Town. 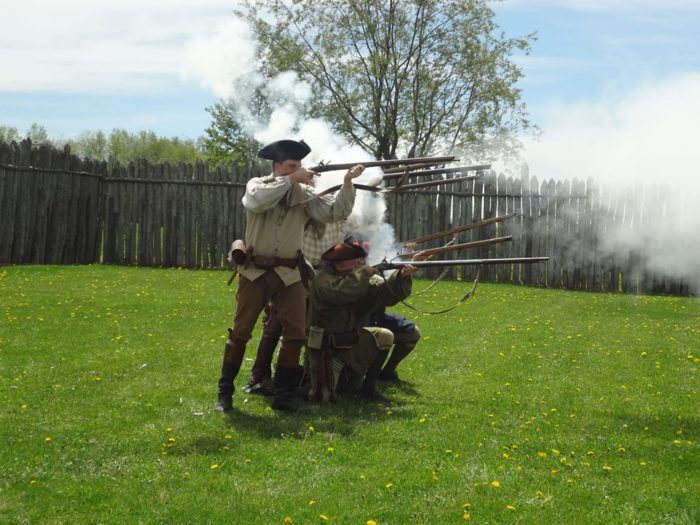 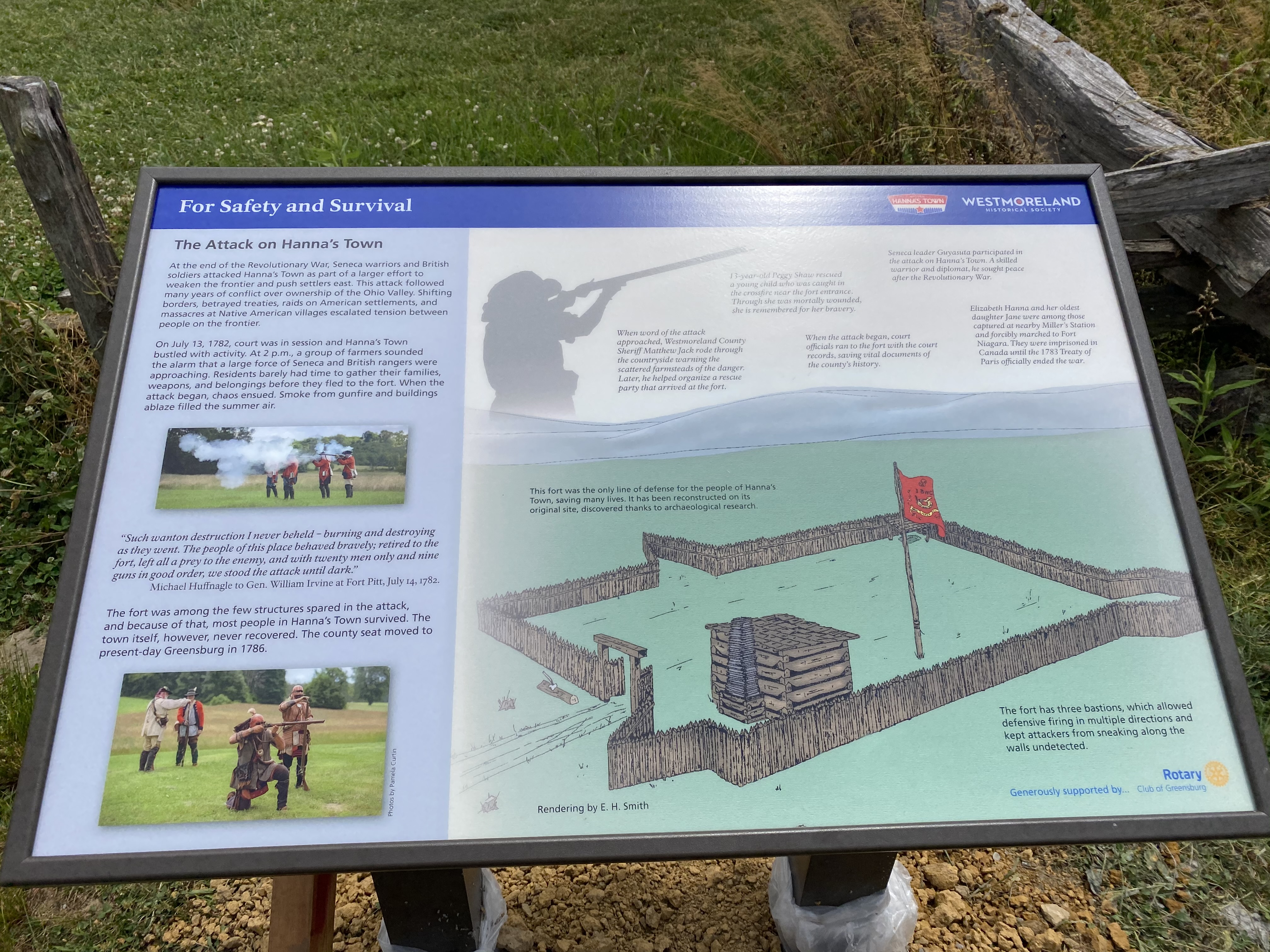 Flag of Westmoreland County that is hung in the Fort 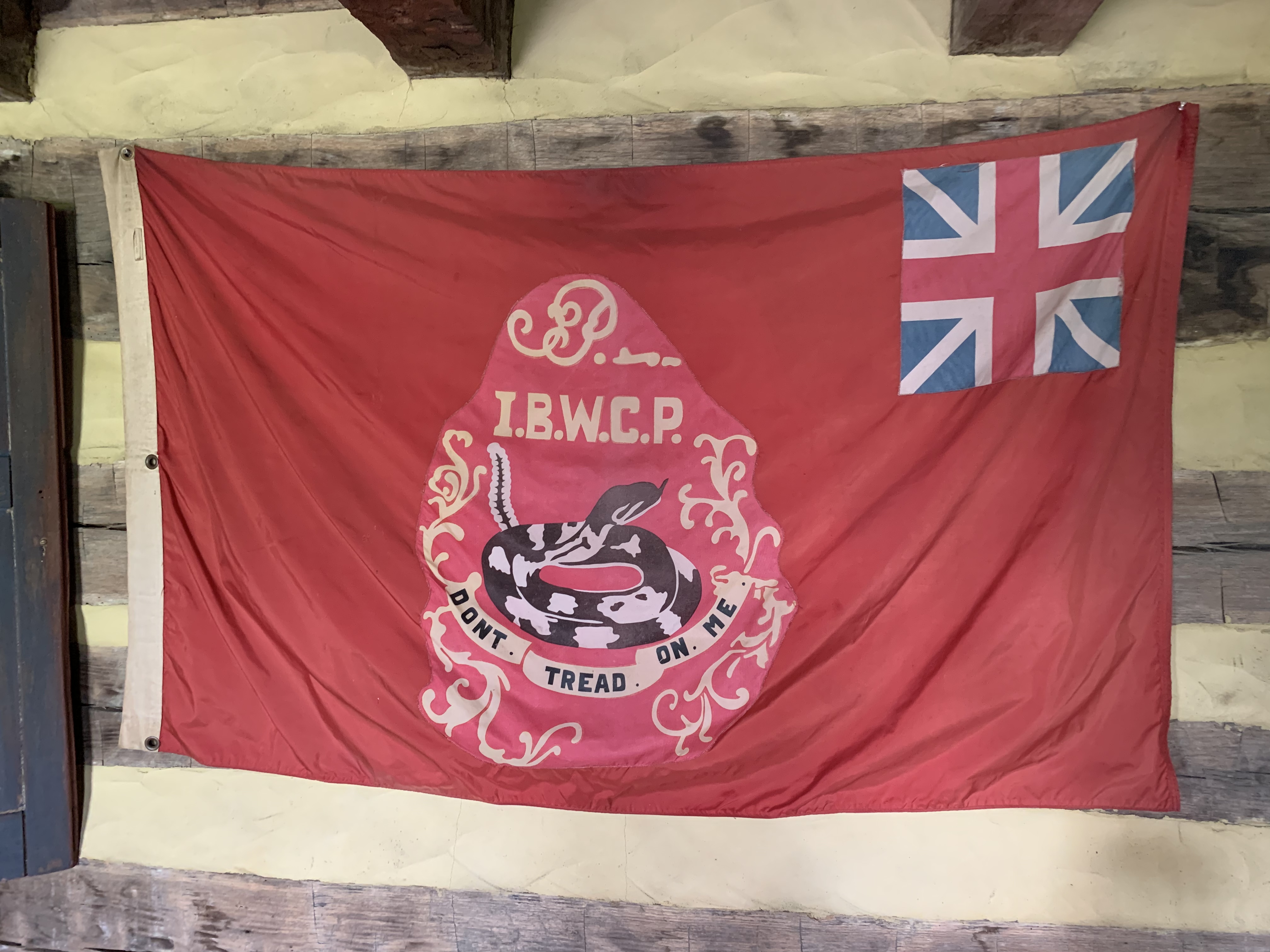 Archaeological investigations helped determine the real location of the Fort. Post molds were discovered from the original Fort, and the fort was rebuilt in the same location it once stood.

The Fort located at Historic Hanna’s Town is an exact replica of one that stood during the attack on Hanna’s Town. The Fort was used for protection from frontier dangers like attacks from Native Americans, other colonists, and the British. Although militarily designed, the Fort was used for protection. The design of the Fort included projections which allowed guards to easily see along the sides and prevent possible attacks on the town. Each wooden post was also pointed on the ends to ensure that no one could climb over the Fort. Inside the Fort was a storehouse, and supplies for the town in the event of an attack.

By 1778, the British, their loyalists, and Native Americans increased raids against the settlers on the frontier. The frontier militias and Continental Army retaliated and waged war against the native villages by massacring civilians, destroying homes, and creating hardships. Native Americans were in a constant defensive position and were only trying to curb the westward expansion of the colonists. Even though the British officially surrendered at Yorktown in 1781, raids continued on both sides. The increased raids caused the Native Americans and settlers to live in a state of constant hostility. Because Hanna’s Town was an area of growing influence on westward expansion, it was a target for the Native Americans and British. In March of 1782, Pennsylvania militiamen killed 100 men, women, and children at the Moravian Lenape village of Gnadenhutten. In May of that same year, the Seneca tribe and their British allies left Fort Niagara to launch an assault on western Pennsylvania and send the frontier into chaos before the soldiers returned home from fighting in the Revolution. In these attacks, they had hopes of pushing the settlers back over the Allegheny Mountains.

Many people had gathered at Hanna’s Town on July 13, 1782 to see the quarterly court sessions. It was an especially crowded session because many had gathered after the ending of the Revolution. At 2:00 in the afternoon, some neighboring farmers saw the threat approaching and ran to warn the town. The people of Hanna’s Town including the people who lived in the town, judges, merchants, entertainers, and spectators all ran to the Fort for protection. Because some of the men had not returned home from fighting in the Revolution, the town was poorly prepared for the attack, only having nine muskets and little ammunition to protect themselves. When the attackers made it to the town, they burned homes and taverns but left the Fort as is, saving many lives. The attacker’s goal was to destroy the infrastructure of the town and curb the westward expansion, not take human lives. There were two casualties in the attack however, a farmer named Isaac Steel and a 12 year old girl named Peggy Shaw who was shot while running out of the fort to save a little boy. On their way to the Fort, many judges who heard the attackers coming brought many legal documents with them and saved many of the important documents that survive today.

“A Trip To This Historic Village Near Pittsburgh Will Whisk You Back To The 1700s.” OnlyInYourState, www.onlyinyourstate.com/pennsylvania/pittsburgh/historic-hannas-town-pittsburgh/.

This entry has been edited 32 times.