Listed on the National Register of Historic Places, St. Joseph Church is one of Westphalia's most historic landmarks. Constructed in 1848, the church remains one of the centers of community life in this small Missouri town and is also a fine example of Romanesque architecture and located prominently on a hill overlooking the area. The Catholic congregation was established in 1835 by Jesuit missionaries. The town, which was also founded in 1835, was established by a colony of Catholic German immigrants from the northern part of that country (the Jesuit missionaries were from Germany and Belgium). 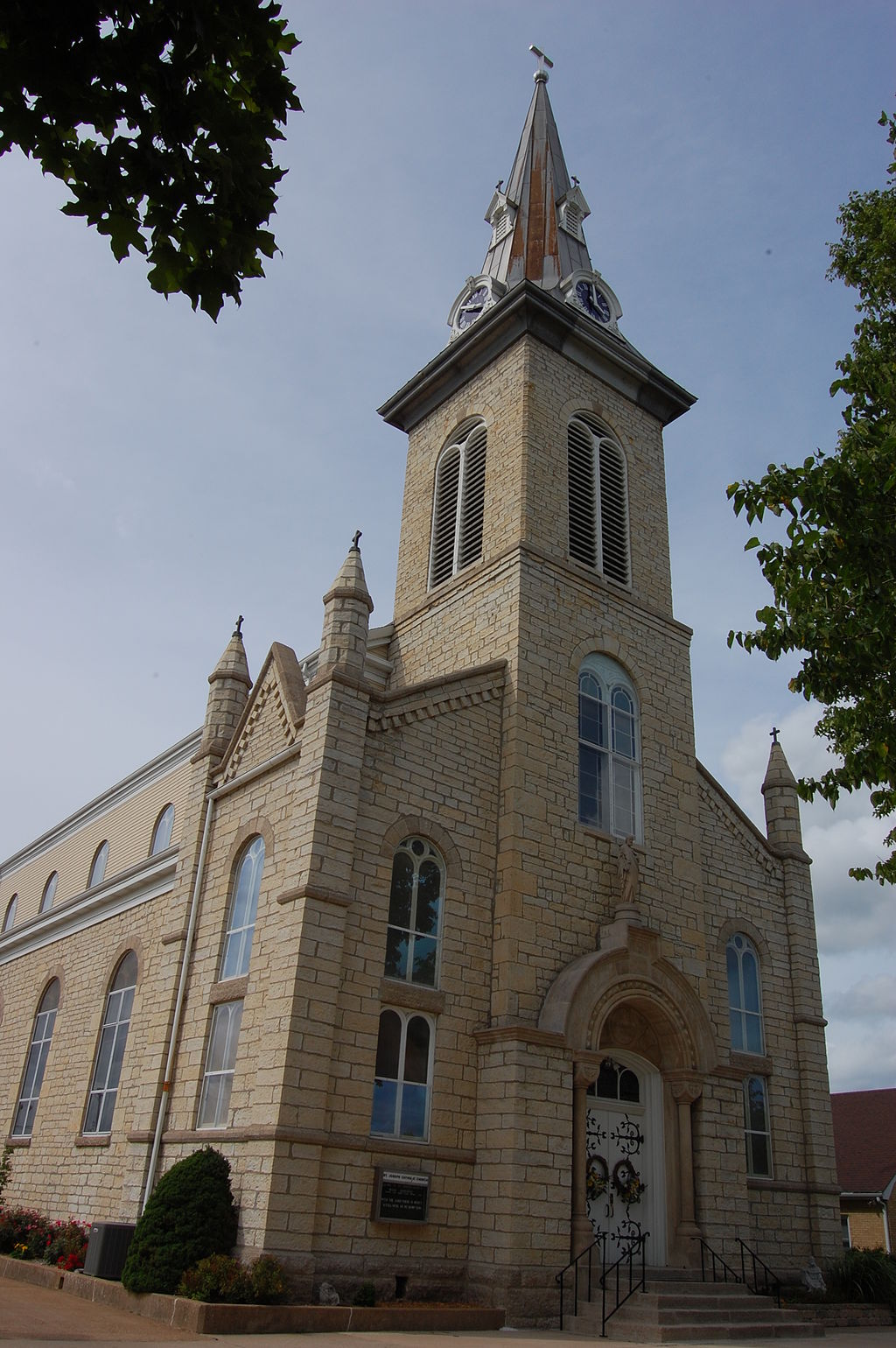 The church played a key role in the town's development, contributing to its distinctly German flavor during the first decades after the town was founded. It also served as the headquarters of the Central Missouri Mission. From here, the Jesuits could direct missionary work in the central part of the state. As such, St. Joseph's was the "mother church" for the region from 1838-1883. During special events, festivals, and other gatherings the community incorporated German poetry, folk songs, and stories. The church played a key role in keeping these traditions alive.

The Jesuits were well educated and influential in the early years of the town. As a result, this church was a focal point for the community and the congregation celebrated German culture in an era when immigrant communities dotted the rural landscape. Members of the congregation taught their children High and Low German as well as English. The leaders of the church also built the first school in 1835 and encouraged the writing of German poetry.