The Dauphine Hotel is a historic 19th-century hotel overlooking the Osage River. One of the oldest hotels in the state, it is a well-preserved example of late 1800s architecture and features original antique items such as dressers and iron beds. It is a large structure today but began as a simple two-room farmhouse in the 1840s. The hotel was expanded in the coming years and seems to have reached its current size by 1979. It features porches on both floors and seven guest rooms on the second floor. The hotel was named after the town's original name.

The Dauphine Hotel is one of the oldest hotels in Missouri. 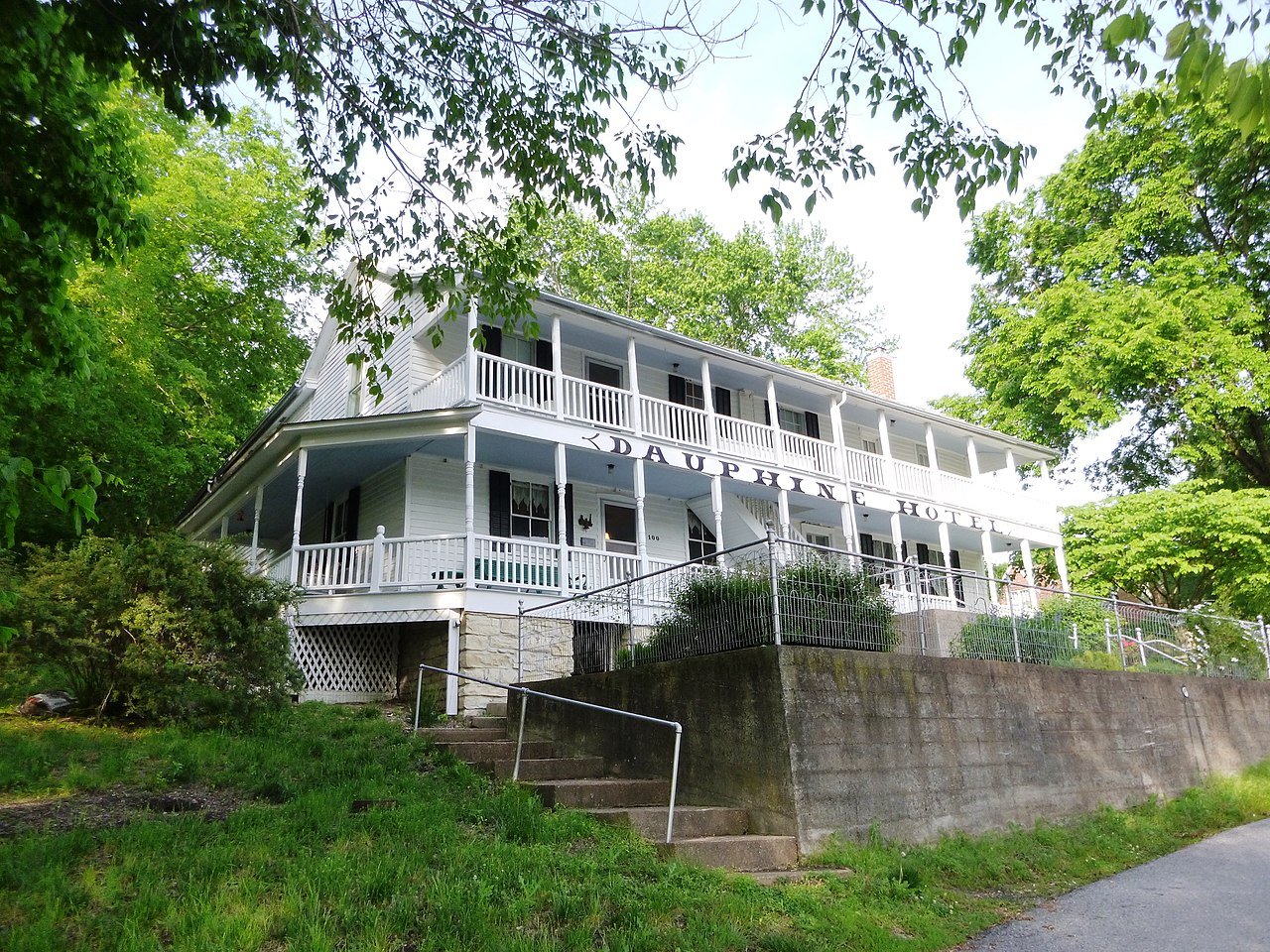 Not much information is available about the hotel before 1890 but that year a French couple, Alex and Adelaide Verdot, bought it. By this time, the town was well established, thanks in large part to the railroad line that was built to the city in the 1850s. In addition to operating the hotel, Alex worked as a county judge and businessman. He and Adelaide had four daughters, who helped them run the hotel.

Alex and Adelaide died in 1921 and 1927, respectively. The Great Depression, along with the paving of U.S. Hwy. 50, which essentially bypassed the town, forced the sisters to close the hotel. Three of them (one married a guest and moved to Kansas), however, continued to live in the hotel and remained there for the rest of their lives. After the last sister passed away in 1970, her son assumed ownership. He sold it in 1979 to a married couple who started to restore and furnish it with antiques. The current owners bought it in 1994 and continued the restoration work. The hotel was added to the National Register of Historic Places in 1980.