The Peoria Springs enjoy a lengthy history, dating back more than 14,000 years as a water source and, in modern terms, as part of Peoria's history beginning in the 1830s. As well, the house that sits on the property was built by Captain Moss, an American Revolutionary veteran. The spring provided water to Peoria for its first 15 years, and later was bottled and sold commercially, both as drinking water and as part of beer and whiskey -- an once prolific Peoria industry.

Peoria Home that sits near the Peoria Mineral Springs, restored in 1969, but originally built by Captain Moss, Revolutionary War Veteran. The Springs have a strong attachment to Peoria's history. 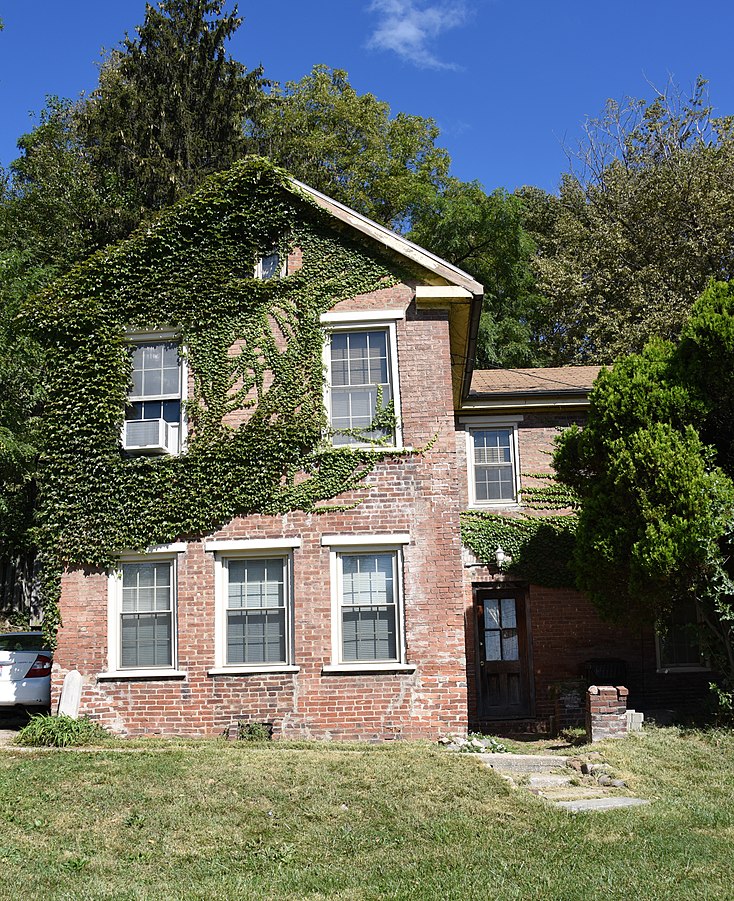 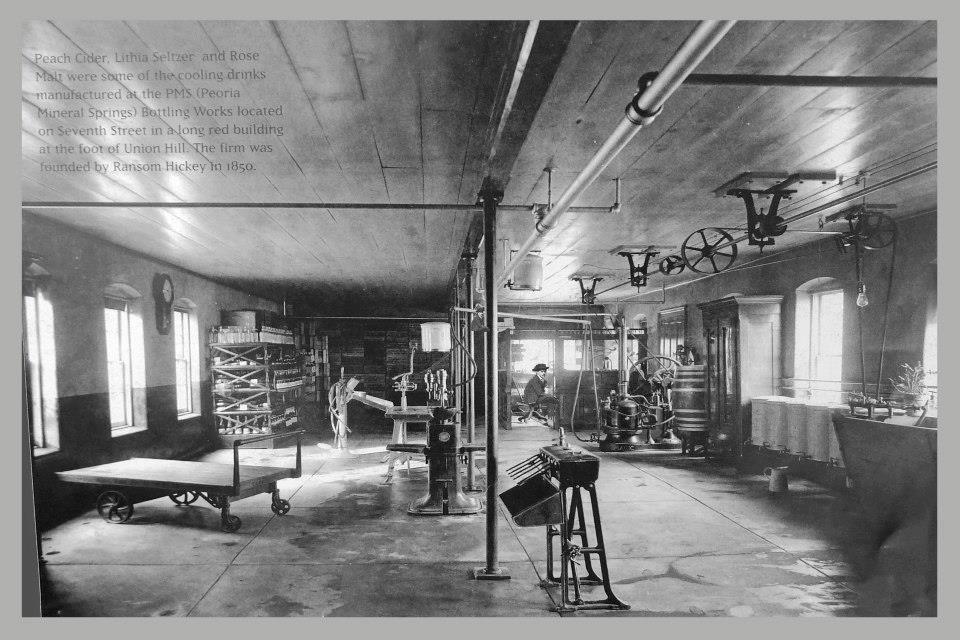 The Peoria Spring, a natural water source that has existed since roughly 11,500 B.C.E. (or B.C.) when the glacial retreat occurred, exists as the city's oldest landmark, both in terms of its natural existence and because it served the city as its first source of drinking water.  Additionally, the house that stands on the property also enjoys historical distinction as Revolutionary War Hero, Captain Zeally Moss, purchased the property in the early 1930s. The history of the springs enjoys many chapters, from supplying the town with drinking water to being used in whiskey and beer, a prolific industry in Peoria prior to Prohibition.
The natural spring produces an estimated 30,000 gallons of fresh mineral water from three individual springs every 24 hours and filtered as it moves upwards through the natural limestone. The spring provided water to Native Americans, long before Europeans stepped foot in what is now Illinois (Native American artifacts remain at the site). It is no surprise that Native Americans and later Americans enjoyed the water. With a pH of 7.11 and a mineral breakdown between 500 and 700 parts per million, the water's quality is equal to some of the highest-rated mineral waters in North America and Europe.
Though it is not huge, compared to springs found throughout the world, it was large enough to function as Peoria's first utility. In 1833, the Peoria County Commissioners gave the rights to entrepreneur Stephen Stillman,  to build a system that could transport water from the natural spring to the city's residents, notably in the public square. Stillman, in 1834, managed the construction of the original vaulted brick reservoir as well as a system of wooden pipes that carried the water to roughly forty homes and the city's original courthouse, where the Lincoln-Douglas Debates took place.
Before the establishment of the waterworks, Revolutionary War hero Captain Zeally Moss purchased (in the early 1830s) the property around the springs. Though sources conflict on the actual construction dates of the house, which stands on the land today, one can confidently argue that it arose during the time the spring was used to supply water to the city. The family later bottled the water for themselves in the home. Captain Moss bequeathed the land to his son, William, a successful businessman and riverboat captain.
The spring on their property had provided water to the town for fifteen years, managed by the Peoria Water Works company. As Peoria's population expanded, the spring's small size proved insufficient.  Thus, the city granted William Moss a charter to improve the existing Peoria Water Works. He organized a project that led to the addition of a 140 ft deep brick reservoir in the hillside of Peoria's historic West Bluff and, over time, most of the water came to the city via the Illinois River.
Nevertheless, the spring water remained valuable so that throughout the nineteenth century, several entrepreneurs bottled the spring water and sold it commercially. For example, in 1856, Ransom Hickey developed Hickey Bottling Works and marketed the Peoria Spring Water in beverages such as Peach Cider, Lithia Seltzer, and Rose Malt.
Hickey had obtained the land from Lydia Moss Bradley, founder of Bradley University, who bought it from William, her brother. (While there, a single pipe connected the house to the spring so that the "Bradley Estate" enjoyed arguably the purest water in the city.)  The Moss family reclaimed the property in 1872, four years after Hickey died and kept it until 1892 when Moss-Bradley sold her deed to Preston Clark.
Preston Clark, who patented the name Peoria Mineral Springs in 1892, ran a successful bottling business on the property for nearly a decade. Clark relied on the water to not only make seltzer water but also to distill and brew some of Peoria's most coveted beer and whiskey, all part of Peoria's evolution into the "Whiskey Capital of the World."
Clark's company ceased operating around 1900, leaving the reservoirs and associated materials unattended, which forced the town to deem them a safety hazard; the city eventually filled the site with gravel.
The gravel remained for years while the house eventually went unoccupied, grew severely dilapidated, and was scheduled to be demolished in the late 1960s. Charles and Joy Traynor purchased the home in 1969 and restored it. By 1973, the Traynor family removed all the gravel and re-connected water pipes again to the spring. Three years later, in 1976, the Traynor family formed Peoria Mineral Springs, Inc. They bottled the water in the original bottling room located on the first floor and then delivered it in their car (an Oldsmobile station wagon). They also installed a self-serve filling station on the side of the house (people left donations).