St. Joseph's Mission School - First to Integrate in the State

St. Joseph’s Mission School was founded as an all-Black Catholic school run by nuns. On September 3, 1963 (the day all schools were supposed to open all across the state), St. Joseph’s Mission School in Huntsville opened its doors to 12 white children whose parents wanted them to attend the previously-all-Black mission school. This represents reverse integration, and actually made St. Joseph's the first school (although private) integrated in the state. While St. Joseph’s quietly went about its classes, the public schools were being kept closed by Governor Wallace’s demands, and it wasn’t until 6 days later that Huntsville public schools were opened and experienced their first integration. No troops, angry crowds or protestors ever descended on St. Joseph’s. Today that school still operates as Holy Family Catholic School. 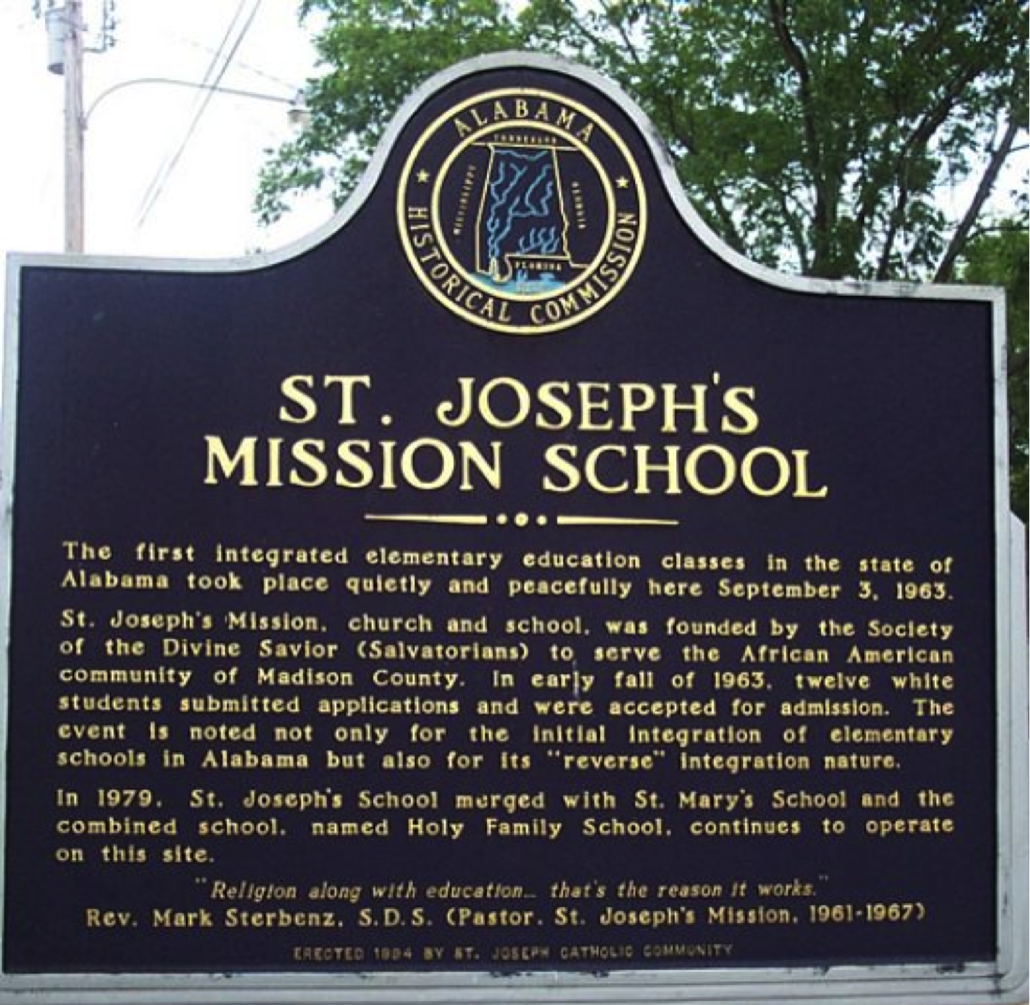 Classmates share a songbook at St. Joseph's School after integration. 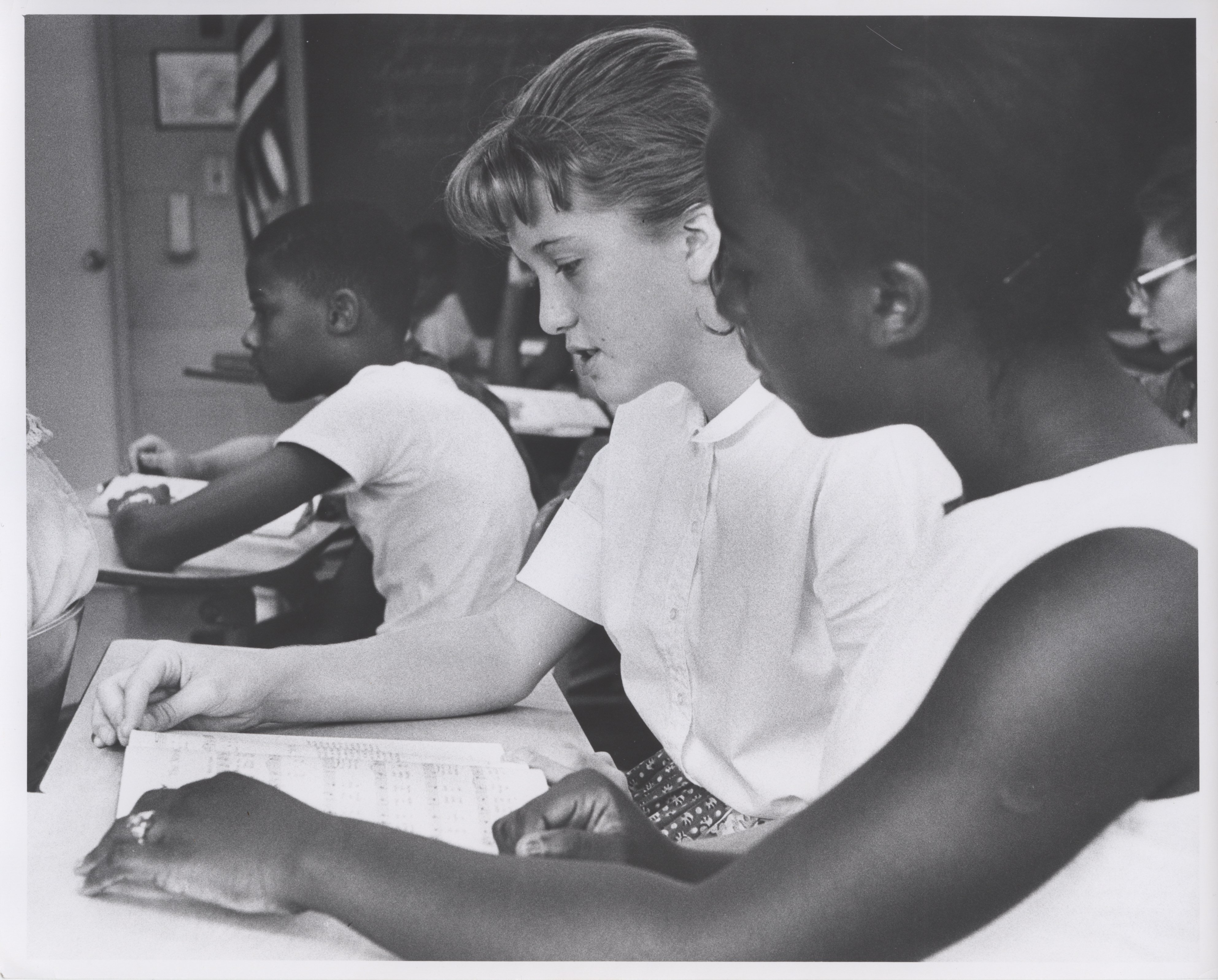