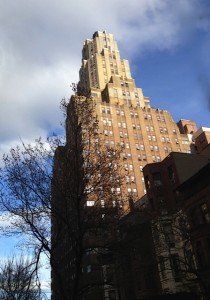 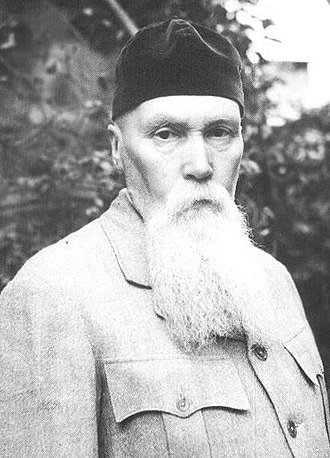 Russian-born artist Nicholas Roerich came to the United States in 1920 at the invitation of the Chicago Institute of Art. The following year, he founded the Master Institute of United Arts in New York. Roerich remained in the United States for several years, during which time he was busy with both his art and his activism.

Roerich attracted the attention of financier Louis Horch. Both Horch and his wife, Nettie, had an interest in the arts and were charmed by Roerich's charisma and their shared interest in Asian arts. Horch would eventually pay off Roerich's debt and invest large sums in the Master Institute of United Arts. Roerich also met Sina and Maurice Lichtmann, who were Russian pianists who developed an interest in Roerich's work and worked with him to establish a school.

From the beginning, the new building was intended to connect art with everyday life. The twenty-nine story building was to house apartment units, as well as the Roerich Museum, the Corona Mundi art museum, and spaces for classes, exhibitions, art galleries, theaters, and conference halls. Apartments were included in the plans for the building in the hope that rental property would make the school and related facilities self-sufficient.

The building was completed in 1928, just before the Great Depression and was one of the last of the major construction projects along Riverside for a number of years. Within a few years, Horch and Roerich had a dispute, and as a result, Horch placed Roerich's paintings in storage and renamed the museum the Riverside Museum, which focused on contemporary art. The museum was in operation for decades, until eventually its space was sold and its collections transferred to Brandeis. The building was converted into a cooperative in the 1980s.

The Master Building is a New York City Landmark and is also listed on the National Register of Historic Places.