This was the first building on the campus of West Virginia Wesleyan College to be named for a person, Col. Sydney Haymond, a Trustee from 1906 until his death in 1912. His wife, Virginia, was appointed to the board in his place, one of the first three women to serve in that capacity. She generously provided money for the building in his memory, but it has come to symbolize the love and support they both shared for the college. 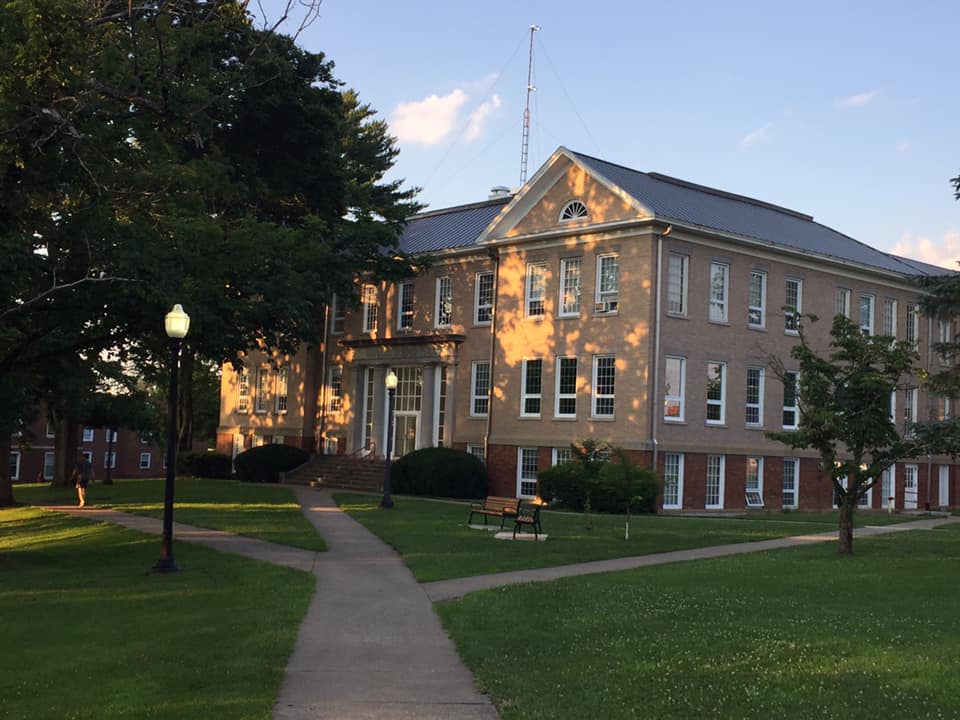 From the March 1913 edition of the West Virginia Wesleyan College Bulletin. 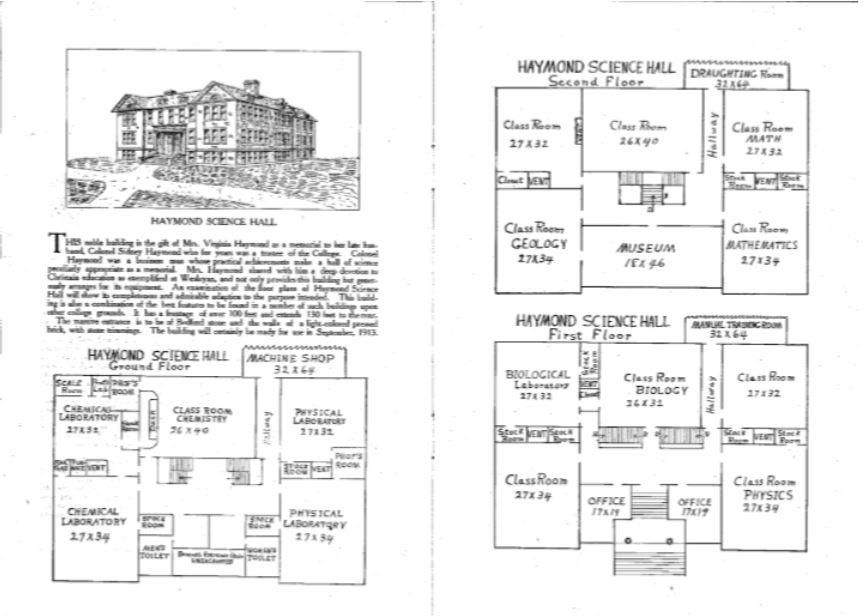 1914 view of Haymond Hall of Science. 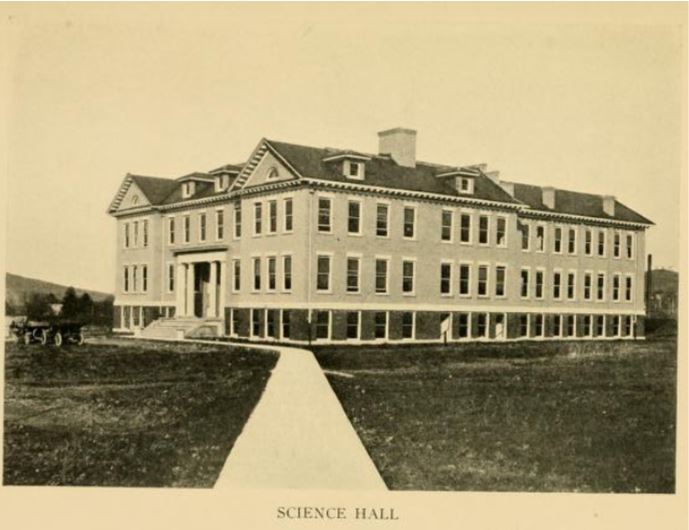 Built to enhance and enlarge the science program, and to provide state-of-the-art laboratory facilities, this building served as the heart of science education until the Christopher Hall of Science was built (1967). This trend continued with the building of the David E. Reemsnyder Research Center (2009). The sciences have long been an important area of study at West Virginia Wesleyan College.

After the newer science faciities were built, Haymond Hall of Science has been the home for the Social Sciences, Home Economics, History, and Political Science. The computer Help Desk is located in the basement of the building.

The third floor is currently the home of the Learning Center and testing laboratory.