Since the founding of the museum in 1935, the permanent collection of the Wichita Art Museum has grown to more than 8,000 objects. The collection is international, with an emphasis on American artists of the 19th and 20th century. It is particularly strong in works that reflect the cultural heritage of the Great Plains.

The Wichita Art Museum was founded in 1935. 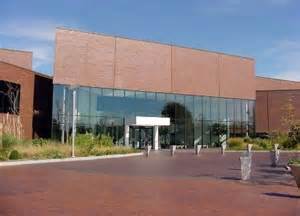 The Roland P. Murdock collection, acquired from 1939 to 1962, is a prized cache of 168 American works across history and media. It includes such remarkable features as three Thomas Eakins paintings, four Edward Hopper paintings, 31 Arthur Dove works, and a set of pendant paintings by John Singleton Copley. Adding strength and depth to this core collection are WAM’s notable holdings in art of the American West with 20 works by Charles Russell, contributed by M.C. and Gwendolyn Naftzger and John and Elsie Naftzger, a growing and distinguished collection of 19th-, 20th-, and now 21st-century glass thanks to a bequest from F. Price Cossman, and a strong collection of Pre-Columbian art established by two Wichita families—Gregory, Haig, and Rima Kurdian, and S.O. and Louise Beren.