Longview Mansion is a large former farm estate built in 1914 by wealthy developer, lumberman and philanthropist Robert A. Long (1850-1934). The mansion, and its dozens of other structures, were completed after 18 months of construction. The buildings were designed in the Spanish/Mission Revival style. The mansion features 48 rooms (14 of which are bedrooms), 10 bathrooms, and 6 fireplaces. The building project and short timeline were so big that Long hired 2,000 workers including 50 Belgian craftsmen and 200 Sicilian stonemasons. The estate was 1,780 acres in size and was dubbed the "World's Most Beautiful Farm." It even had its own horse race track (Long was an avid horseman). It was also notable around the country for being fully self-sufficient. It produced its own food, electricity, and heating, and also had its own water and telephone systems. To maintain and operate the farm, Long hired a number of workers in various trades including carpenters and plumbers. In addition, Longview had its own police and fire departments, a hotel for men, housing for employees, a church, and a community newspaper. The estate was added to the National Register of Historic Places in 1985. Today, the mansion is an event venue and is often open for tours.

Now a wedding and event venue, Longview Mansion is large residence and estate built by lumberman and philanthropist Robert A. Long in 1914. 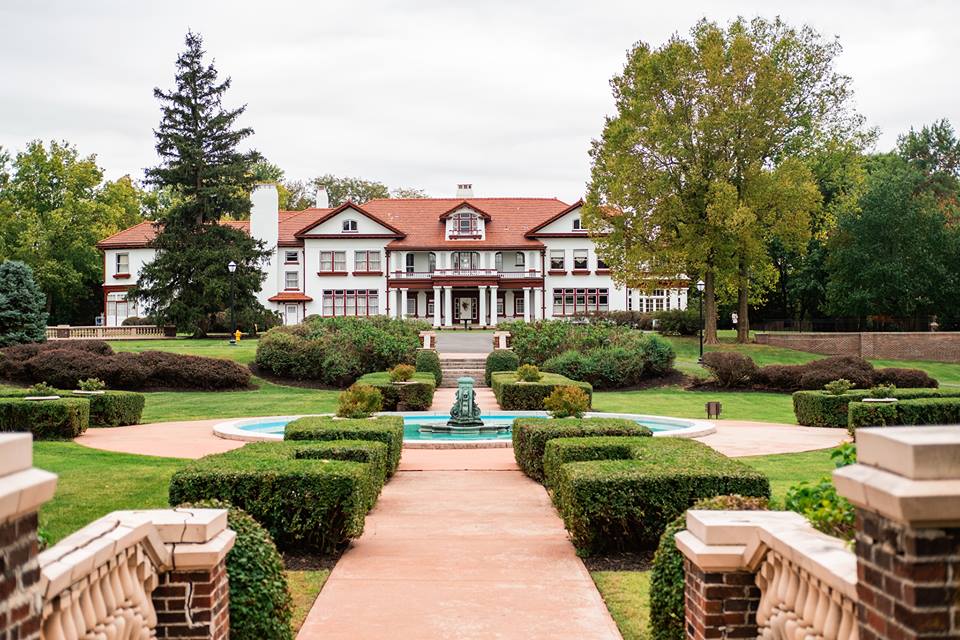 Robert Long was born on December 17, 1850 on a farm in Kentucky. It was there that his love for farming and horses originated. When he was 23, after having received two years of secondary school education, he moved to Kansas City where his wealthy uncle Churchill White lived. There, Long began his business career with financial support from White. Long opened a butcher shop, which failed, and then began to sell hay to farmers in Columbus, Kansas.

Unfortunately, this venture also failed but it would prove beneficial because this is when Long started his career in the lumber industry. He saw potential in the industry after selling the lumber from the barn that stored the hay. Then in 1875, he started a lumber business (in Columbus, Kansas) with a cousin and a friend. In the coming years, he got married and the business grew. By 1891, the business was too large for Columbus and they moved to Kansas City. The company grew even more, holding assets of $15 million by 1906. It owned large tracts of land in the South and then acquired land in the Pacific Northwest once the lumber was gone in the South. The company also owned mills, wholesale distributors, and retail yards.

Long was well known around the country for his conservation efforts, vowing to plant a tree for every one cut by the company. His reputation led President Theodore Roosevelt to invite him to participate in a White House conference on natural resource conservation.

Long became made his mark on Kansas City in philanthropy and as a developer in many ways. He commissioned the construction of new company headquarters—the city's first skyscraper called the R.A. Long Building—in the downtown area. He also contributed funds to build Boulevard Christian Church and also a hospital run by the church. During the construction of Longview, he built a tent village for inner-city families to give them the opportunity to take rural vacations. Long also led the project to built Liberty Memorial, which is the official U.S. monument to the First World War. In 1923, Long built the R.A. Long High School. He also founded Longview, Washington (1924) and Longview, Louisiana (1906).

Long died on March 15, 1934. His daughter, Loula, lived at the mansion for the rest of her life. She was even more interested in horses than her father. She raised, trained, and showed her horse around the country and in Canada. Loula was very popular, having a vibrant, outgoing personality that was matched by her formal gowns and large hats. More significantly, she broke gender barriers by competing with men in horse competitions. She remained active in the sport into her 80s. She was inducted into the Madison Square Garden Hall of Fame (where she showed horses), in 1967.